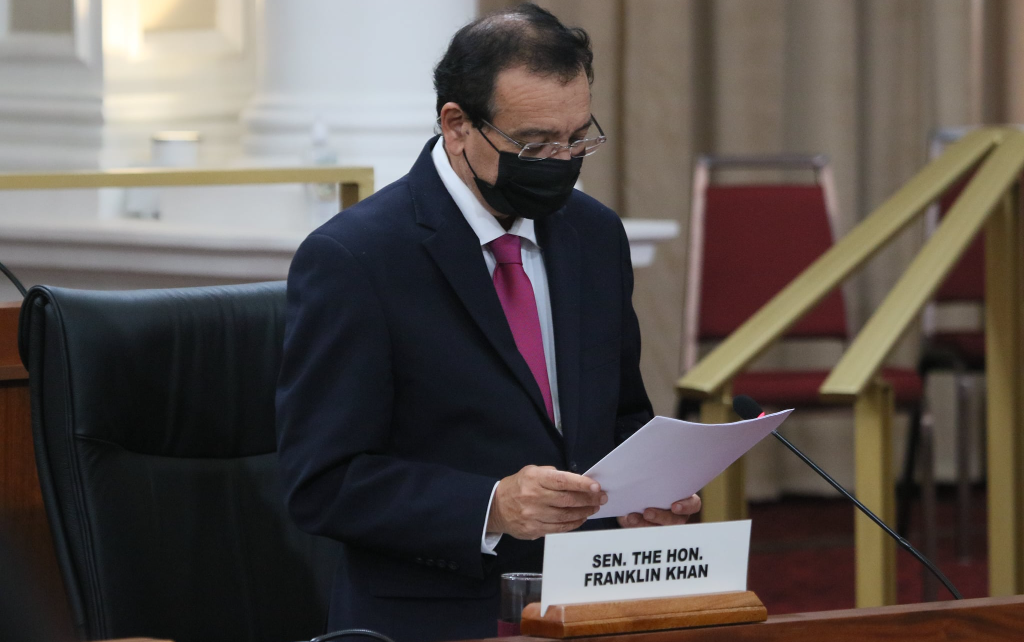 Government has an agreement to develop a solar park that will produce 120 megawatts of electricity.

Energy Minister Franklin Khan made the revelation during his contribution to debate on the 2021 Budget in the Senate today.

Few details were given but the Minister said the agreement is a joint venture between BP Lightsource and Shell.

He said when developed, this would be the largest solar farm in the entire Caribbean.

Khan said the development of the solar park is in keeping with the Paris Accord, of which Trinidad and Tobago is a signatory.

The Minister affirmed Government’s commitment to the Paris Agreement to reduce cumulative greenhouse gas emissions by 15 per cent from industry, power generation and the transport sector by 2030 from a business as usual baseline.

The main goal of the agreement is to strengthen the global response to the threat of climate change by keeping a global temperature rise this century well below two degrees Celsius above pre-industrial levels and to pursue efforts to limit the temperature increase even further to 1.5 degrees Celsius.

He said: “Everybody talks about solar… we will honour the Paris commitment to produce 10 per cent of our electricity by renewables.”

Khan made mention of another project in the works in the upstream sector - BHP’s possible development of the deepwater gas discoveries off the north east coast of Trinidad and Tobago.

He said Government is due to meet with senior BHP executives out of Houston later this week to begin discussions.

“If all goes successful, first gas from the deepwater development could come in 2026,” he said.

The Minister said Government is also engaged in energy diplomacy, with cooperation with Guyana in oil explorations.

“We are in the process of close contacts and discussion at the highest level at the level of the Ministers of Finance of both countries with the Government of Guyana,” he continued, “to see as Trinidad and Tobago businesses move across to Guyana to seek opportunities in the service sector, in the energy sector; how we can have that level of cooperation cemented by more structured agreements.”

Government also signed a unitisation framework agreement with Barbados to allow for the exploration of hydrocarbon resources on the maritime boundary shared by both countries.

“We are doing well on energy cooperation,” Khan said.

In rounding up his contribution, the Minister said the energy sector has been prudently managed by the current administration especially in light of global challenges.

Trinidad and Tobago now a member of International Solar Alliance