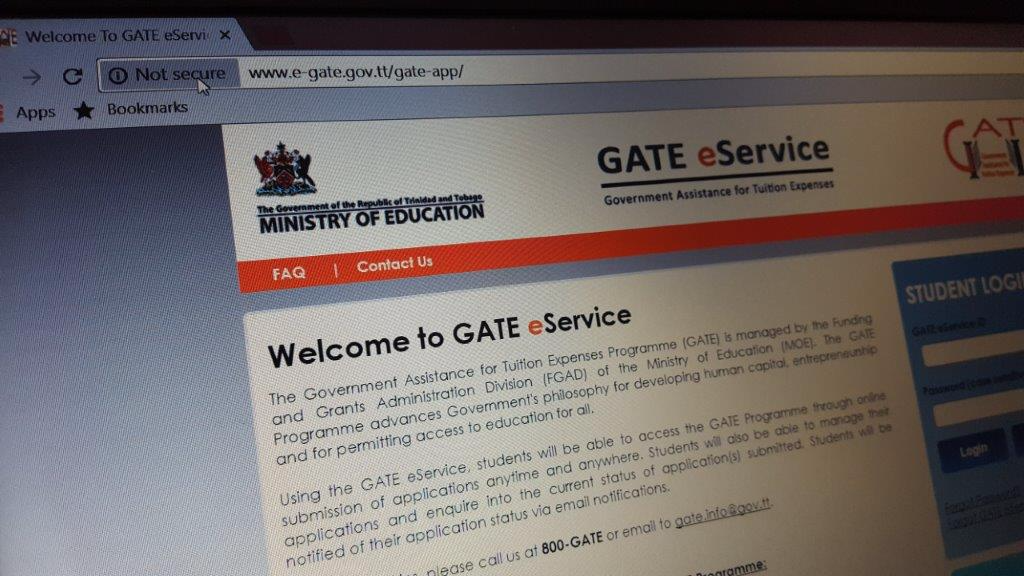 The Youth Arm of the United National Congress (UNC) has expressed its dissatisfaction and concern over the Government’s decision to amend the GATE programme.

In a statement issued on Wednesday, UNC Youth Officer Chris Hosein said the system threatens to leave students behind as a result of fewer opportunities to access education.

He warned the Government to prepare for legal action from persons ostracized by the new GATE amendments.

“We also wish to warn the Government of the opening of the floodgates of litigation, as its new policy is discriminatory. Persons who are 50 years and over will now be unable to access GATE funding which amounts to discrimination based on age. This litigation will of course be an additional cost to taxpayers due to yet another faux pas of the Rowley-led Administration,” he stated.

Hosein also expressed concern over the announcement of the ‘Means test’ which is expected to calculate the income of students who are about to start new programmes at the beginning of the new school term. The test will determine, based on a household’s income, whether the individual qualifies for GATE and if so, by how much.

He said this has created panic among prospective students.

“It is to be noted that the criteria to be applied for the “Means test” is hidden under a cloak of secrecy. This further erodes the trust the population has for this PNM government as it has a track record of offering secret scholarships and slush funds for only a select few,” he said.

The UNC Youth Officer further criticized the Government for informing schools of its decision about GATE at the last minute, as it relates to schools which are not accredited by the Accreditation Council of Trinidad and Tobago (ACTT).

“The new school year is less than one month away and we are of the view that the Government should have acted in a more responsible manner in order to have these tertiary level institutions ensure their accreditation credentials are in order before the start of the new school year under the new GATE scheme. This new policy is counter-productive, as it would leave busy classrooms empty and doors of schools shut especially at a time where education is vital in keeping the youth off the streets,” he stated.

Additional security features on the way for GATE online service

Gopeesingh slams Minister for failure to provide clarity on GATE