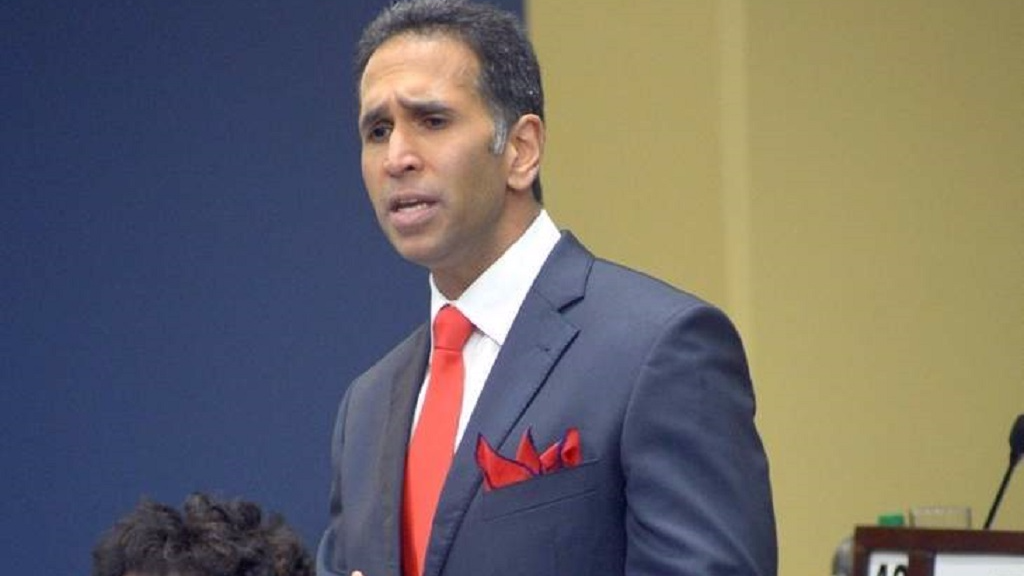 Government said it noted a recent report by the Council of the European Union in which Trinidad and Tobago and two other Caribbean countries were blacklisted as tax havens.

On Tuesday, a list of non-cooperative jurisdictions for tax purposes was published comprising 17 jurisdictions including Trinidad and Tobago along with 44 other countries that have yet to fully meet the targets on tax compliance set by the EU.

In a statement issued Tuesday, the Ministry of the Attorney General said it is working on several measures including the introduction of two tax Bills which will ensure compliance.

1. Government said it intends to amend the Income Tax Act, which inter alia would prohibit the Board of Inland Revenue on receipt of information under a declared agreement (a Declared Agreement being FACTA and the MAC) from sharing the information with certain agencies for non-tax purposes, unless the country to which the information relates has laws which allow for such sharing and have consented to such sharing.

The legislation will require a special majority support from Parliament.

2. Government has also prepared a Double Taxation Agreements Bill, addressing the country's 17 signed Double Taxation Treaties and agreements to allow for incorporation of exchange of information provisions entered into between Trinidad and Tobago and any other country.

The Bill would make provision for the sharing of the information obtained under those Agreements. This Bill would also be a special majority Bill.

"It is anticipated that once these two Bills are passed in the Parliament, the OECD members would agree to our membership to the MAC (Mutual Assistance on Tax Matters) and we will then be able to re-lay and enact the Mutual Administrative Assistance in Tax Matters Bill, which is also a special majority Bill," the Ministry said.

Government said it has completed the Mutual Administrative Assistance in Tax Matters Bill, 2017, which includes the comments of the OECD and other key stakeholders including the Bankers Association of Trinidad and Tobago and the Central Bank.

The Bill provides for the four methods of exchange of information afforded under the MAC and would require the joint effort and vote from all benches in the Parliament of Trinidad and Tobago.

"The Bills outlined above, are expected to be enacted in early 2018, bringing Trinidad and Tobago into technical compliance in key deficient areas identified by the Global Forum," the Ministry said.

The Ministry said Attorney General Faris Al-Rawi held a press conference in October regarding the country's international tax transparency obligations under the OECD Global Forum, noting that the country had not met the requirements.

However, Government said it has made significant strides with respect to Trinidad and Tobago’s position regarding the deficiencies outlined and also sent high-level representation to the Global Forum’s 9th plenary meeting held in Tisbili, Georgia, on November 2-4, 2016.

Additionally, the following measures have been taken:

In October 2017 the Cabinet agreed that Trinidad and Tobago join with the 103 Jurisdictions that have already signed onto the BEPS Inclusive Framework.

The Government requested and obtained from the Global Forum a deferral for implementation of its CRS obligations to September 2018.

Upon signing the MAC, Trinidad and Tobago will be allowed to rapidly expand its network of information exchange partners and to swiftly implement the transparency measures of the OECD/G20 Base Erosion and Profit Shifting (BEPS) Project.

Teams from the Ministry of Finance and the Attorney General and Legal Affairs held discussions and meetings with the OECD on a constant basis in the period January to June, 2017 for the requirements for the Bill.

The OECD provided significant suggestions for amendments which were accepted, and Trinidad and Tobago prepared a list of amendments to facilitate the changes.

The discussions included the Global Forum’s urgent recommendations with respect to the need to amend the Income Tax Act, Chapter 75:01 to provide for the sharing of information under a number of double taxation agreements.

Trinidad and Tobago has also been informed that in relation to double taxation agreements that its laws must allow for the sharing of information relative to the agreements.

As such Trinidad and Tobago is required to resolve the aforementioned matters so as to be able to sign on to the MAC.

In January 2017 government applied to the Global Forum to become a party to the Multilateral Convention on Mutual Assistance on Tax Matters (MAC) (a multi-lateral instrument for international tax-corporation that was developed by the Organization of Economic Co-operation and Development, OECD).

MAC provides all forms of assistance in tax matters, such as: exchange of information on request, spontaneous exchange, automatic exchange (including pursuant to the OECD/G20 Standard for Automatic Exchange of Financial Account Information in Tax Matters), tax examinations abroad, simultaneous tax examinations and assistance in tax collection) and is awaiting acceptance to become a party.

Government also prepared and laid the Administrative Assistance in Tax Matters Bill, 2017 in the House of Representatives on April 21, 2017.

At the time of the laying of the Bill, Government said Trinidad and Tobago could not sign on to the MAC because there were conditions precedent to be met, which were being identified by the Global Forum. Trinidad and Tobago did, however, apply to the OECD for acceptance as a party as it was required to do.

The Bill was subsequently submitted to the OECD to illustrate government's commitment to meet the Global Forum and Common Reporting Standards requirements and to receive feedback from the Global Forum.

In October 2017 the Cabinet agreed that Trinidad and Tobago join with the 103 Jurisdictions that have already signed onto the BEPS Inclusive Framework.

"The EU has further expressed that a jurisdiction will be removed from the list once it has addressed the issues of concern for the EU and has brought its tax system fully into line with the required good governance criteria," the Ministry said.

"The Government of Trinidad and Tobago shares the goals of the EU with respect to fighting tax abuse and reassures that we will act with alacrity on this matter," the Ministry said.

The Ministry added that should Trinidad and Tobago’s rating of non-compliant be maintained, due to the limited time required to enact the legislation, Trinidad and Tobago is committed to working towards its next peer review scheduled for Q3 2018 with the Global Forum.

The Government will ensure that its legal framework wholly implements all international tax transparency standards.

"The Government of Trinidad and Tobago recognizes how on-going collaboration and cooperation between tax governance and tax administration is critical in the fight against tax evasion and in protecting the integrity of tax systems and provides an opportunity to make a viable dent in the fight against corruption and tax evasion."

"We expressly confirm our full commitment at the highest political level to operationalize compliance with all international tax transparency standards required for implementation of the Common Reporting Standard (CRS) from the Global Forum."