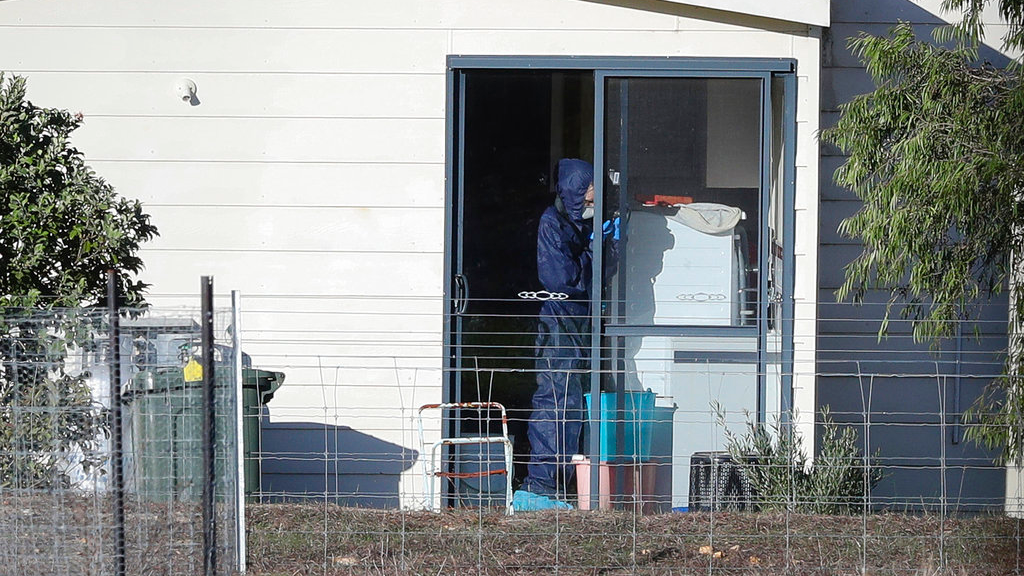 A 61-year-old farmer is suspected of carrying out Australia's worst mass shooting in 22 years, killing six family members, including four of his grandchildren, before turning the gun on himself last week, an official said Monday.

Police found Peter Miles, his 58-year-old wife, their 35-year-old daughter and her four children with fatal gunshot wounds on Friday where they lived at Forever Dreaming Farm in the village of Osmington in Western Australia state.

State Premier Mark McGowan confirmed that Peter Miles was the suspected perpetrator of the country's worst mass shooting since a lone gunman killed 35 people in Tasmania state in 1996, prompting the nation to introduce tough gun controls.

Police had released few details of the tragedy but had said the suspected shooter was among the dead.

A coroner will investigate the tragedy and officially state the causes of the seven deaths.

"Why he did it, what he did, you can only ever surmise," McGowarn told Perth Radio 6PR. "As far as I'm aware, there was no evidence that he had any sort of mental health issues that could have resulted in the firearms being removed from him," he added.

Police found three guns registered to Peter Miles at the 12-hectare (30-acre) sheep and vegetable farm where the three generations lived. Gun owners in Australia lose their right to own a gun if they or a member of their family with whom they live are diagnosed with a mental illness such as depression.

Aaron Cockman, the father of the dead children and the estranged husband of their mother, told reporters on Sunday that police had told him Peter Miles shot dead Cockman's family as they slept in a converted shed where they lived before killing his wife in the living room of their house.

Peter Miles then called police before dawn on Friday. He turned a gun on himself before police arrived, Cockman said.

Cockman said Peter Miles had struggled with the suicide of a son and news that another son had serious kidney disease.

Peter Miles had decided to take his own life, but did not want to upset his grandchildren, Cockman surmised. "He was so close to my kids that he would not leave the kids upset for the rest of their lives," Cockman said.

Australia's gun laws are widely acclaimed as a success, with supporters including former U.S. President Barack Obama. Friday's was only the second mass shooting in the country since the laws were implemented. In 2014, a farmer shot his wife and three children before killing himself.

The generally accepted definition of a mass shooting is four deaths excluding the shooter in a single event.

Farmers are allowed to own guns under Australian law because they have a legitimate need for them to kill feral pests and predators or sick and injured livestock. But automatic and semi-automatic rifles and shotguns are banned from public ownership.

Family of 7 dead with gunshot wounds in rural Australia