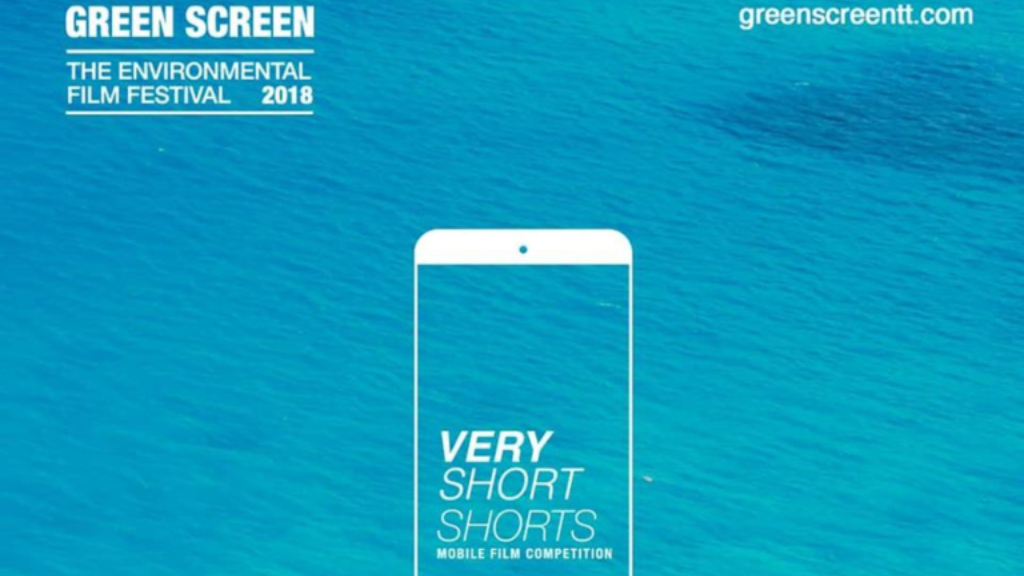 Back at the Digicel IMAX, One Woodbrook Place on Wednesday, October 31, the festival Opening Night will also include the announcement of Best Short, Overall Winner Award; Best Short, 18-25 years Youth Award. With a focus on “Stories of our Rivers and Seas” in 2018, this year marks the inaugural year for this new festival platform, supported by SWMCOL, FilmTT, and NIHERST.

The festival’s opening will also present the Caribbean premiere of the fascinating documentary Anote’s Ark. Compelling and visually sumptuous, the film is set in Kiribati, a small Pacific Island country with a miniscule carbon footprint. Nevertheless, Kiribati is facing the most feared modern existential threat to small islands – complete destruction from sea level rise.

Sponsored by SWMCOL, FilmTT, Atlantic, The High Commission of Canada and Culturego Magazine, Green Screen- The Environmental Film Festival is the only festival of its kind in the English-speaking Caribbean bringing local, regional and international films to audiences since 2011.

Green Screen founder and director Carver Bacchus said, “With PERSPECTIVE as our theme this year we’ve really taken the time to reflect on our festival over the last seven years. We’ve made significant strides and we hope, through new projects like the Very Short Shorts Mobile Film Competition, to get more people and communities excited about making short form content. Film can be a very emotive tool for changing behaviour so we hope that, in time, this work will make our society more self-reflective and action-oriented on environmental issues.”

Patrons will be invited to enjoy cocktails and hors d’oeuvres following the film screenings. Tickets are $200 and are available from Paper Based Bookshop located at the Normandie Hotel in St. Ann’s and Drink Bistro in Woodbrook. Tickets can also be purchased via Green Screen’s website at greenscreentt.com under the “Opening Night Film” section.

What if your country was swallowed by the sea? Kiribati is a remote place on Earth and yet one of the first countries facing annihilation from sea-level rise.

The filmmakers follow Kiribati’s President, Anote Tong, as he races to find a way to protect his nation’s people and preserve their heritage and dignity. Many Kiribati take their survival into their own hands and seek refuge overseas and the filmmakers are able to juxtapose the challenges Tong faces with those of Tiemeri, a young mother of six, fighting to migrate her family to New Zealand.