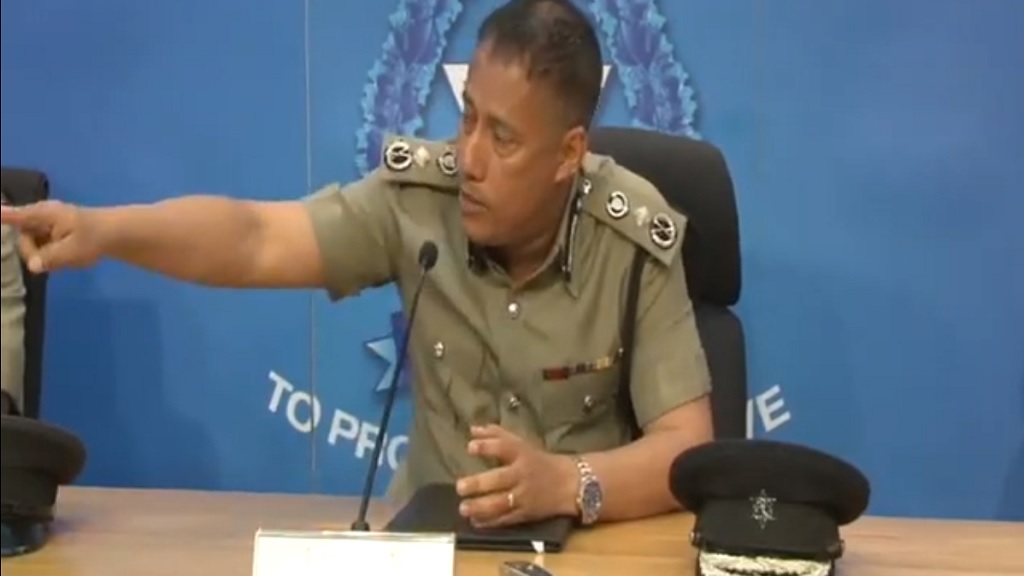 "Over 99 percent of occasions, when someone has a bulletproof vest and the other person does not have a bullet-proof vest and there is a firefight between the two individuals...who would be the person to shoot first?"

"A young lady was killed. Everyone automatically saw it fit that the police officer was the one who fired the shot and hit the young lady."

Nelson was killed during a shooting on May 3, 2019, after she was walking along the roadway at the time of an alleged shootout between police and an unknown suspect. Autopsy results showed that Nelson was shot once to the back of the head.

(Photo: A diagram displayed by the TTPS showed the position as relayed by officers during a shooting in Big Yard, Carenage. During the crossfire, a 14-year-old girl was killed.)

"We did not draw first blood...we're not here to abuse our authority," he said.

Griffith highlighted that there were previous shootings involving gang members in the area, however, the outcry only arose after the police got involved.

"We have noted the great concern by certain members in Big Yard Carenage, based on the shooting incident, but what is very strange is that over the last several months there have been several shootings in that area."

Griffith also extended his condolences to 'law-abiding' citizens who were killed in the incident.

"I wish to take this opportunity to express my condolences to the law-abiding citizens who lost their lives in the crossfire in Big Yard, Carenage."

"I also wish a speedy recovery to the police officer who was injured in the line of duty. It is no secret that the Trinidad and Tobago Police Service...have been battling different criminal gangs."

"We are aware of what is happening it is a war out there. It has become the norm by certain gang members, where they feel that a certain area or a certain 'turf' belongs to them."

"We have situations an unmarked vehicle will appear in a certain area in different parts of the country, they are actually firing shots at individuals.

"Just a few days ago another police officer was driving in a certain area and a notorious gang leader, they were not aware and they started firing shots at her."

"The concern that people are having that police officers are patrolling in unmarked vehicles, well to those persons, I intend to rent 50 more vehicles and we intend to flood these areas.

"No area, no street, no community, no block belongs to any criminal element, and that is what happened in Big Yard, Carenage," he said.

He added that the Police Service is not perfect and there would always be rogue elements and said that if there are any accusations that the public should file reports on these matters.