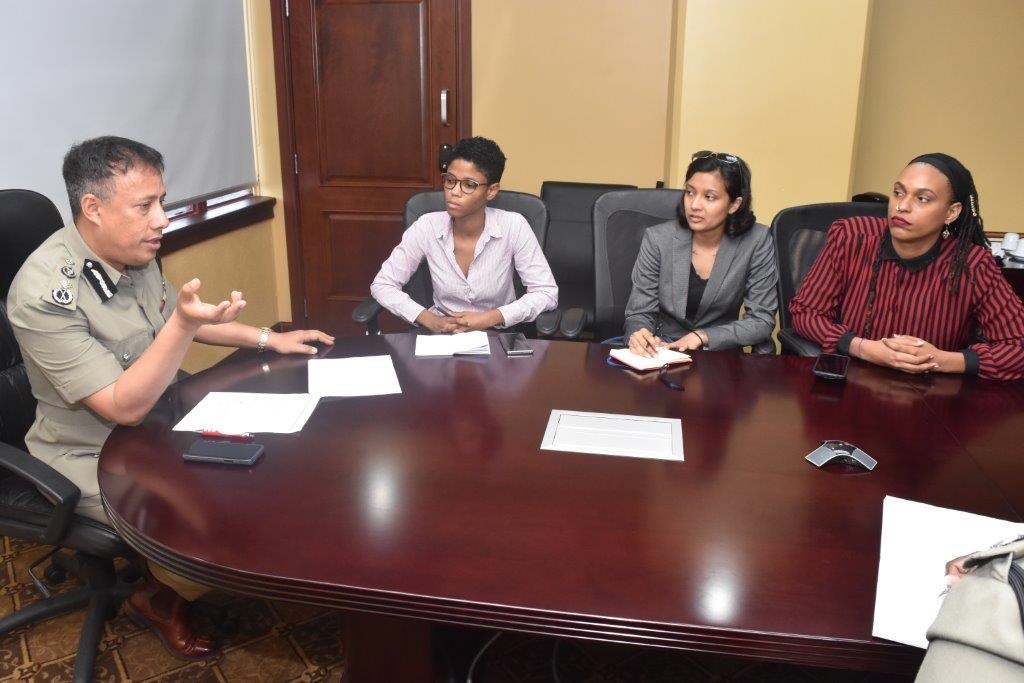 Police Commissioner Gary Griffith has informed women's rights activist group, Womantra, that the police service has embarked on the creation of a Gender-Based Violence (GBV) Unit.

Griffith met with members of Womantra on Wednesday at the Police Administration Building, Port of Spain. Womantra's Directors, Stephanie Leitch, Keir Roopnarine and Élysse Marcellin were in attendance along with acting DCP Sharon Blake-Clarke and Manager of the Victim and Witness Support Unit (VWSU), Aisha Corbie.

Discussions focused on the occurrence of gender-based violence in Trinidad and Tobago and the Police Commissioner said he was aware of the number of such reported incidents in the country.

The top cop explained that the TTPS is addressing this issue through the establishment of the GBV unit adding that to date, over 60 police officers have received training as the police service seeks to improve its ability to aid GBV victims. He further informed the group that a number of strategies are being implemented to enforce restraining orders and provide greater support and safety for victims.

Founding Director of Womantra, Leitch said the NGO looks forward to collaborating with the TTPS and its various units by providing support and holding open discussions to treat with incidents of gender-based violence.

Griffith previously made the announcement about the formation of the GBV unit in June where he noted that a company from New York was contracted to train officers on the best way to tackle the issue. He was speaking at the TTPS weekly media briefing on June 26.