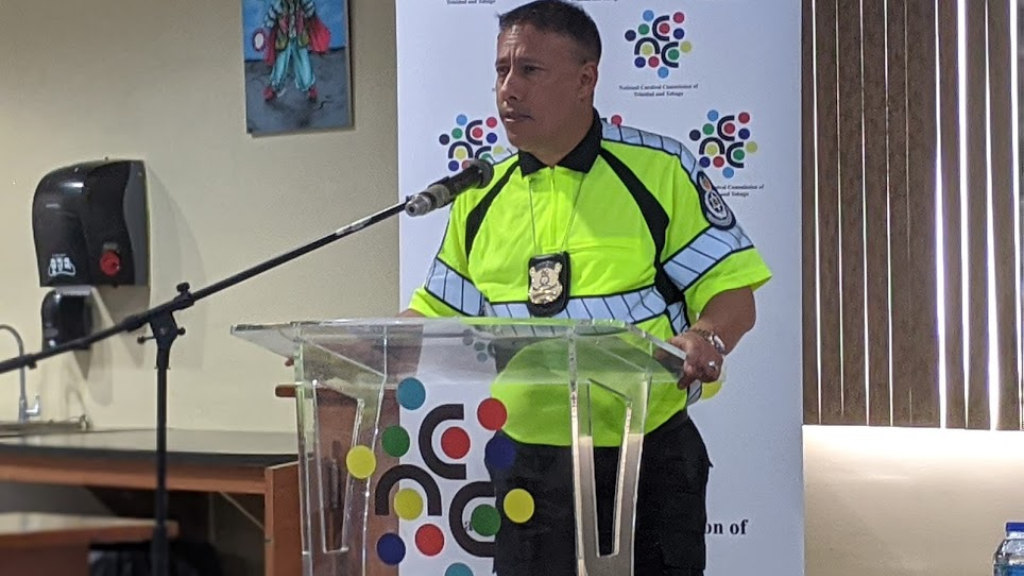 Obey the glass bottle ban in effect for Carnival festivities or the party will be over for you.

That was the warning issued to the public by Police Commissioner Gary Griffith at a Carnival Stakeholder press conference on Thursday.

Griffith called for good sense to prevail, noting that the ban was finally implemented following years of research which showed that glass bottles were being used in fights and causing injuries to unsuspecting revellers.

He urged those partaking in festivities to work with the officers to ensure an incident-free Carnival.

“I do not want to be seen as the Grim Reaper for Carnival this year. If it is that we adhere to our obligation and it is really to look after the well-being of the same citizens, we are asking let good sense prevail, adhere to these requirements.”

“This is done worldwide at other Carnivals, we have just been behind the ball. Thankfully we are getting it right this year,” the Police Commissioner said.

Recalling an incident along Ariapita Avenue during Carnival 2019 which forced him to call for an early end to celebrations, Griffith said he hopes that he does not have to make that call again.

Griffith assured that this will be the safest Carnival yet, with joint police and army foot and mobile patrols as well as roadblocks planned for the two-day event. Drones will also be used in these operations.

Citizens were also urged to take precautions to ensure their personal safety, such as walking in groups and parking in safe areas like Mandela Park, St Clair.

“We intend to do all we can but the public must work with us.”

“Our job is to make sure we minimise any incidents. There is no need for the country to be fearful, you just need to be careful.”

Griffith urged members of the public to alert the authorities to any incident through the TTPS App.

Meanwhile, Port of Spain Mayor Joel Martinez urged citizens to be mindful of cleaning up after themselves and making Carnival a clean one.

Martinez appealed to revellers and band leaders alike to respect parade routes and their surroundings, and noise levels when approaching residential areas and hospitals.

He further urged citizens to enjoy themselves, hailing Carnival as a “fantastic” and “entertaining” event that highlights the talent and creativity of T&T.

5 things to know about the Carnival glass bottle ban