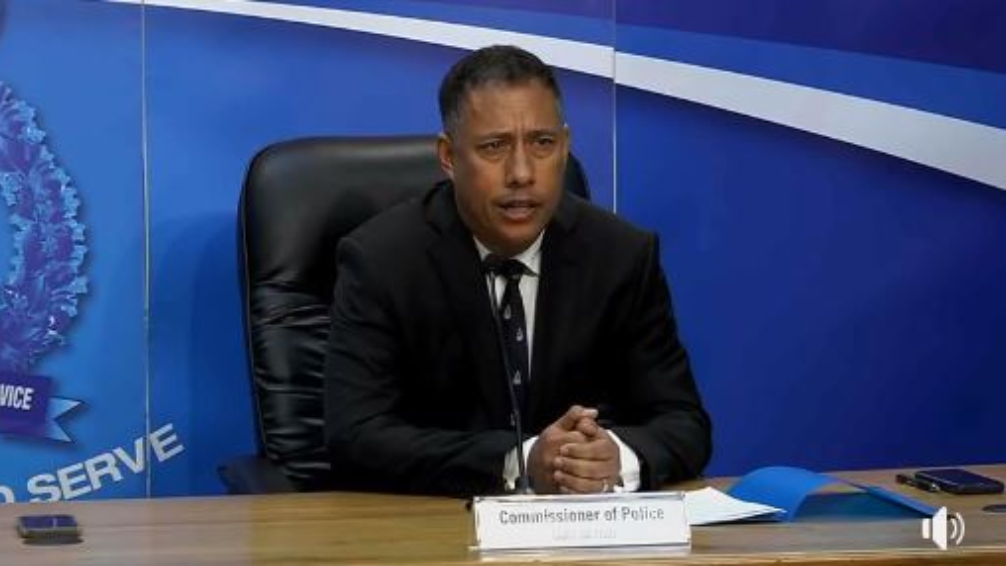 Police Commissioner Gary Griffith clarified statements on his support of officers who use a 'shoot to kill' policy when fired upon by suspects.

Speaking to LoopTT, Griffith said due process (the right to a hearing before an impartial court) is separate from the issue of officers defending themselves against armed suspects, although he acknowledged that the police service also follows due process as per the laws by which they are guided.

“Due process has to do with a right to a hearing or the right to trial. If the person is held or apprehended then (they would follow due process in the courts). That criminal justice system has nothing to do with if a police officer is involved in a shooting."

“What I said is that officers coming under fire, their only focus is to defend themselves and fire back. The concept of due process only comes in after the incident has taken place. That does not come into play at any time when someone is trying to shoot my officers. That’s two totally different things. When my officers come into a firefight, nothing else matters,” he said.

Griffith agreed that police officers also follow due process, however, this is separate to the judicial process.

“Of course we must (follow due process) but due process to a right to a trial or hearing has nothing to do with an officer defending themselves against someone coming to kill them. An officer’s job is to have an equal response (to neutralise a suspect)”.

He also agreed that the TTPS policy on the use of force falls under due process.

“There is a policy on the use of force, however, police has never gotten the opportunity to use minimum force because they have not had the use of anything else other than firearms,” he said.

Police Commissioner Gary Griffith has said that in terms of due process, the lives of police officers take precedence over anything else.

Griffith told LoopTT that protecting the lives of officers through the application of the ‘shoot to kill’ policy overrides the issue of due process, which includes the constitutional right to a hearing before the courts.

“The due process is the lives of my officers have precedence over any other matter. It seems that everybody seems to be a law enforcement expert and many have never held a gun in their lives. It is ridiculous to say that if a criminal shoots at a police officer, that he should not shoot back.”

“We are speaking about the lives of my police officers being put at risk and people have the audacity to speak about due process?”

“The people who ask these questions have never held a water gun. If you try to use more than one shot to neutralise the opponent it allows the enemy to be able to fire back and kill the officer and even the citizens they are trying to protect,” he said.

Due process refers to fair treatment through the normal judicial system, especially a citizen's right to notice of a charge and a hearing before an impartial judge.

Griffith reminded the public that he began the call for the acquisition of non-lethal weapons for use within the Police Service, however he said in cases where a suspect fires at police officers, the appropriate response is to shoot to kill.

“According to the law if someone is shooting at someone they are a criminal. If you think we will wait for them to be charged before we can use necessary force then I would ask you not to be a police officer.”

According to Section 4(1) of the 1979 Criminal Law Act: "A person may use such force as is reasonable in the circumstances in the prevention of crime, or in effecting or assisting in the lawful arrest of offenders or suspected offenders or of persons unlawfully at large."

Section 4(a) of the Constitution of Trinidad and Tobago enshrines the right to "liberty, security of the person and enjoyment of property and the right not to be deprived thereof except by due process of law".

Griffith said although officers have not yet been equipped with non-lethal weapons such as tasers, the project is in the tendering process.

“There is a tendering process which is ongoing…nobody is more aware of the use of minimum force than myself, I was the one who began this process,” he said.

Griffith said the use of Tasers should be implemented in early 2019 and will be used in situations based on their level of danger.

He said this would be implemented in situations involving persons with mental disabilities or persons wielding other weapons such as machetes or knives. However, police will continue to implement the 'shoot to kill' policy on persons who fire at officers.

“...with the baton, pepper spray, Tasers and rubber bullets, the police will be able to use each one based on the level of threat. But if you have a firearm, officers have my support to use the necessary force,” he said.

“If someone fires a shot at you, you don’t use Tasers or pepper spray, that is called common sense. If you fire at someone and aim accurately you kill that person,” he said.

Griffith: Officers have my full support

Griffith also condemned comments by local advocacy group Fixin’ T&T’s Kirk Waithe, saying he would not be swayed in the enforcement of this policy.

“The lives of my officers mean more to me than anything else, and that’s why people like Kirk Waithe are clueless when it comes to law enforcement.”

“If someone tries to kill my officers my response is kill or be killed, and no pressure by anybody, including activists, will influence me otherwise.”

“For too long criminal elements have taken control of this country and I am going to swing back hard. We’re going to aim at you, at a point in your body to neutralise you to ensure that you don’t hurt officers or citizens.”

“If, for a second, the police officer under a firefight has a second of hesitation, there may be repercussions…it may cost him his life. It takes a second and that may mean the officer’s life or the person he has to protect.”

“If anyone fires at my officers they have my full support that I will defend them. No one wants to see lives lost but the lives of officers and citizens come first,” he said.

Fixin’ T&T called Griffith’s ‘shoot to kill’ policy worrying and said Griffith was trying to discredit the opinions of others who opposed his views.

The group said although there is the principle of proportional response, the ‘one shot, one kill’ policy is a ‘gross misrepresentation of…what effective policing is about”.

“His attempt to paint his critics as enemies of the Police Service is irresponsible and dangerously manipulative. It is also worrisome given the continuing attempt by National Security Minister Stuart Young to erase the line that protects the independence of the Police Service from the influence of politicians.”

“It is not only the right but the responsibility of citizens and organizations to insist on accountability by those who hold public office. Instead of being denounced, demands for transparency, thoroughness and independent investigation where necessary should be encouraged.”

“It is absurd to suggest that a democratic demand for accountability is an expression of sympathy and, worse, collusion, with criminal elements. FIXIN’ T&T and its principals remain relentlessly committed to truth, rule of law, due process and natural justice,” Waithe said.

According to the 'Guide to Critical Issues Policing' by the Washington Department of Justice: "A controversial use of force by a police officer can jeopardize the stability of a police department and its relationships with the community overnight."

The guide referred to The Las Vegas Metropolitan Police Department's 2012 policy which said, “the department respects the value of every human life, and the application of deadly force is a measure to be employed in the most extreme circumstances.”

Griffith tells UWI Youth Forum: I will not bend to political will

'Our heart breaks': South digs out from Zeta's wrath