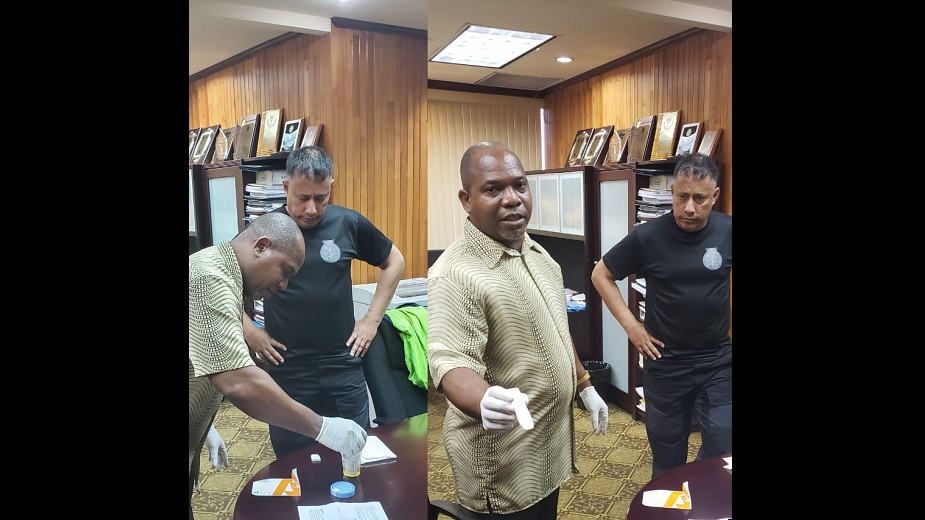 Police Commissioner Gary Griffith has kept his promise to lead by example and has undertaken a drug test on Tuesday, which he passed.

The testing which forms part of transformational policing for greater accountability within the Trinidad and Tobago Police Service (TTPS), took place at the Office of the Commissioner of Police, Police Administration Building, Port of Spain.

In March 2019, Commissioner Griffith announced that there will be both polygraph and drug testing for Regular and Special Reserve Police officers, as a proactive approach aimed at minimizing the possibility of police officers being involved in the use of illegal drugs, which can hamper their performance.

The testing will also ensure that officers do not commit actions which will cause them to be involved in any type of criminal activity.

While the Police Service Act, Chapter 15:01, has provisions for the drug testing of police officers, this is the first time it is being enforced.