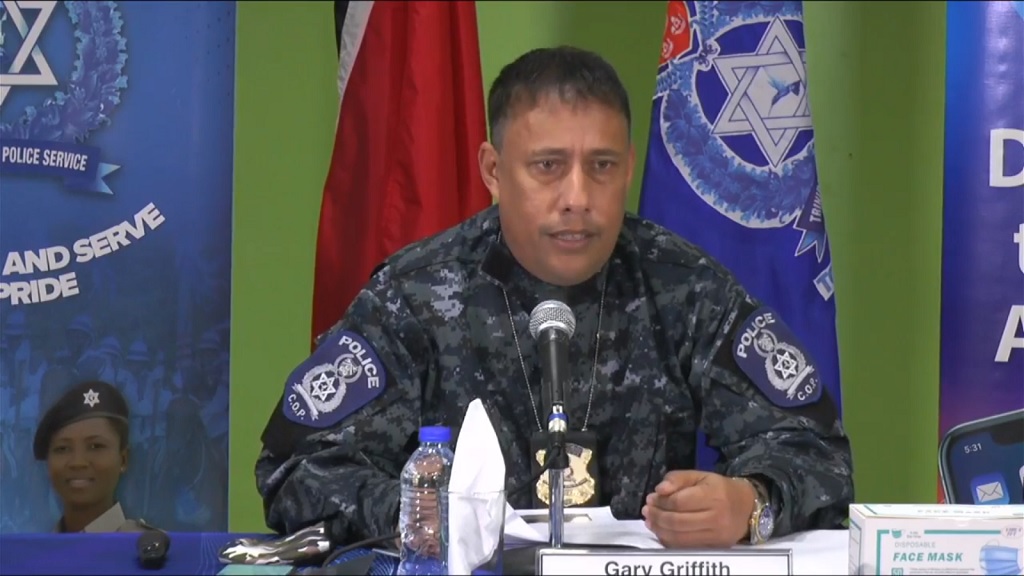 The Trinidad and Tobago Police Service (TTPS) has issued a response from Police Comissioner Gary Griffith who expressed ‘disappointment’ to comments made by Prime Minister Dr Keith Rowley during a media briefing.

In a statement issued today following yesterday’s address by Dr Rowley, Griffith said police would be breaching constitutional rights by arresting them for acts committed when there were no laws enacted to do so:

“PM alluding for police to breach constitutional rights of persons by arresting them for acts committed when there was no law enacted to do so. I am committed to uphold the law and not break it by arresting persons illegally as proposed."

The response was issued after Dr Rowley urged the TTPS to treat all equally under the law, following reports of several people having private limes at community pools. A later video was shared showing a woman boasting about her ‘private beach’.

The TTPS said it ‘has been thrown under the proverbial bus’:

‘The Trinidad and Tobago Police Service (TTPS) notes with some degree of disappointment the comments of the Honourable Prime Minister yesterday where he alluded to and/or insinuated that the TTPS failed to do its job as it related to the matter involving a party held poolside at Bayside Towers in Cocorite. In effect, the TTPS was thrown under the proverbial bus.’

‘The simple question before the TTPS is can we enter private property without a warrant and charge persons for committing violations of the Public Health Ordinance simply because they number more than five? ‘

The TTPS said it has sought several legal opinions on the matter and is comfortable with the interpretation of the law, and its response.

‘We have sought and received several legal opinions on this and are indeed comfortable with our current interpretation of the law and therefore our response to the matter at hand.’

‘The law as currently constructed does NOT diminish a person's constitutional rights as a whole and in particular, their rights to enjoy property. This makes for a difficult judgement call on the part of the TTPS.’

‘For instance, if 20 owners of property at Bayside Towers, or any other gated community, were at the common area pool relaxing, is it being suggested we should enter the compound and arrest them all for violating the Covid-19 regulations simply because they number more than five?’

The TTPS also referred to pre-election campaigning in which it said political parties attempted to ‘push the limits of the law:

‘The TTPS recalls that the number established by the Ordinance at the time of the general election was 10 yet we heard no outrage at that time when ALL political parties were pushing the limits of the law.’

‘And in those instances there was no question of private versus public space. We did then what we did in Bayside; caution persons!’

The TTPS said it is committed to enforcing the public health regulations and has no concern with race, creed or class:

‘As the TTPS, we respond to breaches of the Public Health Ordinance. We don’t respond to perceptions of race, creed, or class.’

‘The average citizen can only enter Bayside if invited. Someone invited those people there.’

‘Bayside Residential Association has it within their rules to control these issues among themselves. They are the communal owners of that property.’

‘In this particular case, it was the very neighbours inside Bayside that called to complain, and TTPS responded. By the time we arrived we saw nothing in terms of numbers or activities consistent with what was shared on social media.’

‘We accept that this pandemic dictates that things cannot proceed as normal as one person’s silly actions can have a damaging effect on the entire population. Having said that, the TTPS must balance the competing interests of the Public Health Ordinance and the constitutional rights of citizens. We try to do so evenly.’

The TTPS further said that suggesting that some people received special treatment is ‘ridiculous, misinformed and dangerous’:

‘Since the beginning of the “lockdown’, we have consistently taken the approach to warn and persuade ahead of arrest. The suggestion that somehow persons at one location have gotten privileges that others haven’t gotten is ridiculous, misinformed, and dangerous, and only inflames an already delicate situation.’

‘The solution to this matter lies in the hands of the Government of Trinidad and Tobago and not the Police. If the GORTT wishes to have enforcement of the regulations on private property and inside persons homes, they need to amend the legislation or provide new legislation that would allow the police clear and unambiguous authority to do what the Prime Minister has insinuated should be done.’

The TTPS also warned that unlawful detentions and arrests could cost the state via costly lawsuits:

‘His Attorney General should so advise him of this. If we respond to incidents like the one at Bayside and simply start arresting people there would be hundreds of lawsuits against the State for wrongful arrest since no law would have been amended to reflect this. This approach to law enforcement, reminiscent of the illegal arrests of the 2011 State of Emergency, is obscene and if pursued, will cost the State millions of dollars in damages and legal costs after successful suits.’

The TTPS ended: ‘If the PM was genuine in his claims that no one is above the law and all should be dealt with equally, he would not put the TTPS to be the fall guy by giving us the power to arrest those from humble resources who swim in public spaces, but prevents us from taking action on those who commit similar acts in the haven of luxurious pools in private property which we have been given no power to arrest such fortunate individuals.’