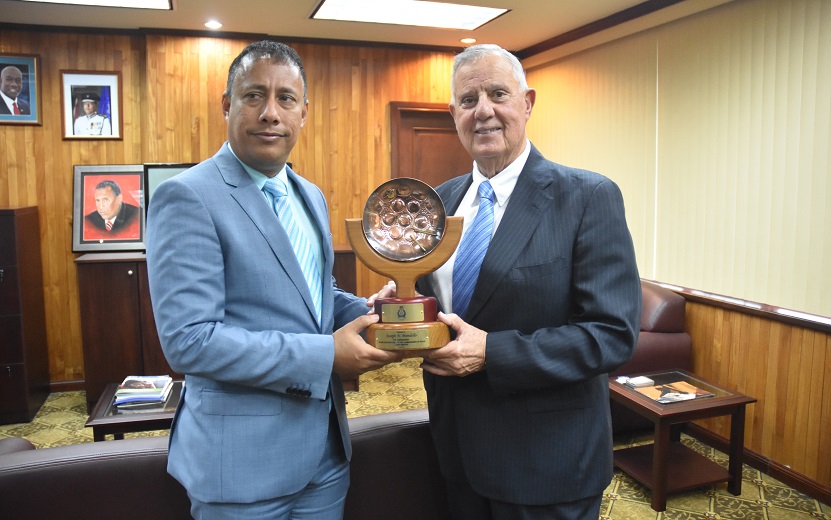 The meeting took place at the Office of the Commissioner of Police at the Police Administration Building, Port of Spain.

Griffith shared upcoming plans and initiatives for the way forward for the police service (TTPS).

Both parties discussed how they could work together to reduce crime in this country and agreed on the need for continued US partnership and training.

The delegation was shown a presentation of future initiatives geared toward strategic changes and adjustments in keeping with best international practices, to achieve maximum policing results. The Commissioner believes these changes will generate greater efficiency in the Police Service and ultimately translate into better service delivery for the safety and security of all.

The statement by the TTPS says the US was impressed with the dynamic plans presented and enjoyed the engaging discussion with the Police Commissioner. Mondello said his team looks forward to seeing significant strides the TTPS makes as it continues to grow into a more vibrant and modern Police Service.

Following this courtesy call, representatives of the US delegation were given a tour of the Commissioner’s Command Centre at the Police Administration Building as well as the CCTV Command Centre in Port of Spain.

Opposition Leader meets with US Ambassador