Griffith said time for action to treat with gender violence 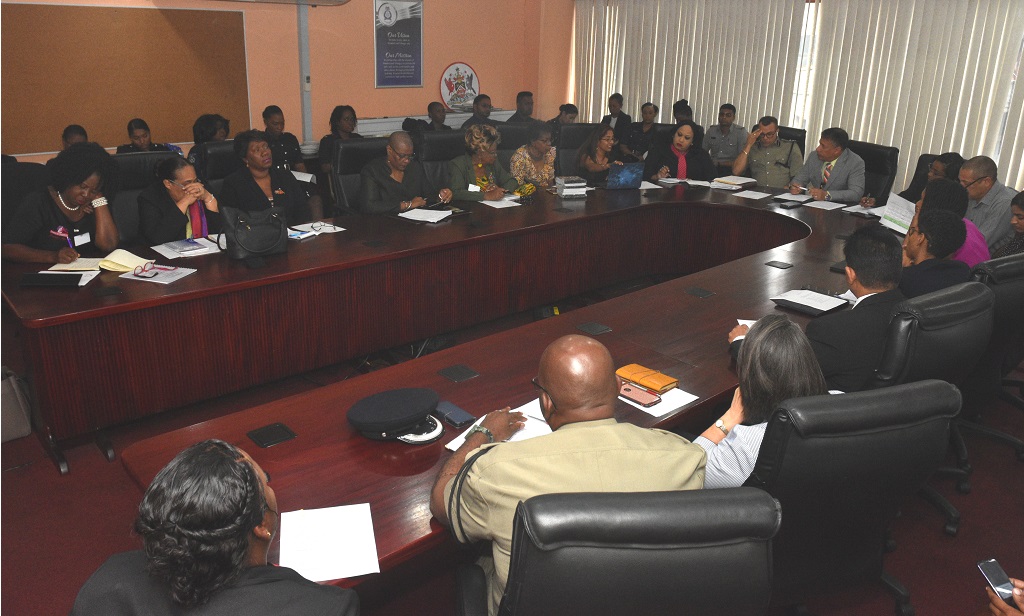 Police Commissioner Gary Griffith has hosted a meeting with several interest groups and individuals on the issue of domestic violence after three women were killed so far this year.

At the meeting, Commissioner Griffith informed the participants of his plan to roll out the Gender-Based Violence Unit on January 21, 2020.

He made it clear that the formation of the new unit was not as a result of the murders last week, but a plan that was conceptualized months ago. He also informed attendees that police officers were trained by an international agency which has reduced domestic violence in New York.

The CoP gave statistics on domestic violence murders over the last five years, as well as the increase in breaches of protection orders. He added that the time for action was now.

“It will not be business as usual. We will be rolling out a massive public awareness campaign against domestic violence. Time has come for all citizens to be their neighbours’ keepers. They must no longer keep silent and allow someone to be killed. It is time for people to speak out and report what they see. You will be saving a life. Don’t come and say afterwards what you knew. It may be too late,” he said.

Some of the participants spoke of the failure of the 999 system, the poor response of the police in the past and the ridicule which victims of domestic violence endure at police stations. They also pointed out that perpetrators of these brutal acts have been served with protection orders, but there have been breaches and no follow-up by the police, resulting in fatalities.

The CoP promised a change in the attitude and culture within the Police Service. He said with the establishment of the Gender-Based Violence Unit, a better system of delivery will be rolled out. He is hopeful that with the new system, there will be a spike in domestic violence reports as more people will trust and have faith in the police service.

At the meeting, there was also a call for the establishment of a Civil Society Advisory Committee which will comprise various NGOs to assist in the development of the Gender-Based Violence Unit.

Among those in attendance were officials from Womantra; the Ministry of Health; the Coalition against Domestic Violence; the Judiciary; the Coalition Advocating for the inclusion of Sexual Orientation (CAISO); Conflict Women; the Office of the Prime Minister; the Network of NGOs; the University of the West Indies; the Child Protection Unit of the TTPS; the Shelter; E-999; Emergency Response Patrol (ERP); Working Women; Women of Substance (Tobago); the Network of Rural Women, and the Inter-Club of Trinidad and Tobago.