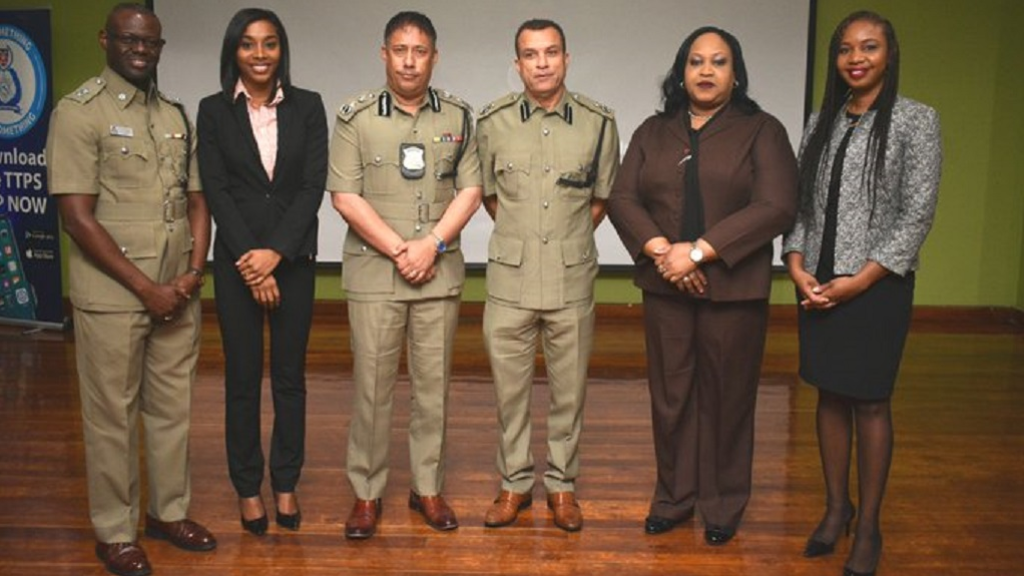 Speaking at the launch of the Gender-Based Violence Unit at the Trinidad and Tobago Police Service (TTPS) headquarters in Port of Spain on Tuesday, Griffith said that the increase in reports means that people who were previously afraid to tell anyone will now be able to reach out for help.

“There’s going to be a spike in the number of reports of domestic violence. It would mean that the victims would be comfortable (to make reports), they would know that justice would be served (and) there’s no concern about reprisals.”

“By persons now feeling comfortable and secure that they can make a report, the reports would increase.”

“It would then decrease because perpetrators would be aware that they would have to pay for their crimes and that is where we would get the decrease.”

He added that the number of crimes currently on record is probably a small percentage of what actually takes place.

Griffith said members of the Emergency Response Unit would act as the first responders and once the incident is identified as a domestic violence matter, the GBVU, which is a specialised investigative unit, would step in.

Griffith said the TTPS would also be establishing a School Security Unit, Covert Operative Unit and Social Media Unit among others.

How does the system work?

Griffith said the Emergency Response Unit would act as the first responder, taking details of the case, then forward the information to the nearest Gender-Based Violence Unit team.

“When there’s that distress call -inclusive of gender-based violence, that becomes a priority one- the vehicle in closest proximity to that call would then be directed to arrive there,’ he said, adding that for most situations the response time should be around five minutes or less.

Griffith said an average of three or four officers would be assigned per division throughout the country, however, based on need this could change. The main office would be based at the TTPS headquarters in Port of Spain.

Griffith added that a specialist from the New York Police Department would be training officers to ensure they follow best practice.

“This unit will provide a degree of sensitivity, confidentiality, and trust on how to deal with these individuals,” he said.

He added that he has taken on advice regarding the establishment of a National Registry for GBV offenders.

“The importance of that national registry…this will ensure that police officers are fully aware of the situation. This helps policing...for example if we have an Emergency Response Patrol, through a national registry, if there’s a call of domestic violence, the police would be aware that there three reports before, so the officer could be prepared to know what he is getting into,” he said.

Griffith said the GBVU would work with the operational command centre where the E999 calls are received.

Griffith said one group mentioned the importance of dealing with non-citizen victims of domestic violence and said this would need the relevant legislation in order to be properly addressed.

“That may require parallel legislation but it is something that is important and it helps the police service because those individuals who may be foreigners…I have been involved in the operations where you see teenagers, little girls, 12 and 13, being treated as sex slaves by very sick people in our society.

“That’s when we have the problem with sex trafficking…we can’t allow this type of sex slavery to continue,” he said.

Griffith added that he is aware of Nicole Dyer-Griffith’s call for women to be allowed to have pepper spray but said that’s a matter for the Attorney General to address.

Griffith said the onus is now on the community to play their part to stop GBV by reporting it.

“There’s going to be a massive campaign to try to get people to be aware. If you see something, say something, you have to play your part to reduce crime in all forms. We just want to get as much information as possible. That piece of information can save a life,” he said.

Griffith also thanked stakeholders who met with him and the TTPS to address the needs of the GBVU.

He acknowledged that the system would be a work in progress but said the police service is willing to learn from its mistakes.

“I want to thank the stakeholders. We don’t know it all, we needed your guidance and assistance. I wish to apologise on behalf of the Trinidad and Tobago Police Service, this unit should have been established a long time ago.”

“What we intend to do is learn from our mistakes. We would have mistakes in the future but I give the assurance with the establishment of this system there will be better systems, better leadership,” he said.

He said however he could not guarantee that all 7,000 officers would be fully trained immediately but said it’s a learning curve.

“We need (people to know) from day one as soon as there’s that report…that individuals who do this, there would be consequences.”

“There would be mistakes as we go along but the difference is that they would be made accountable. The buck stops with me.

"I wish to give the assurance we would be much more productive and efficient in the future. We intend to protect you, we intend to serve you, and we intend to do it with pride,” he said.

Griffith said time for action to treat with gender violence

Griffith slams those in 'strategic positions', vows to fight evil