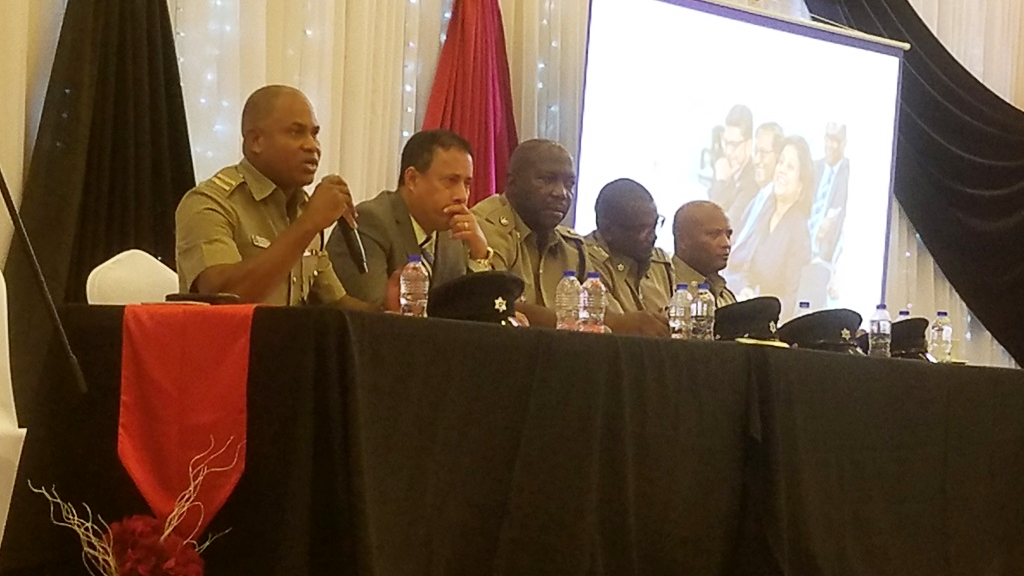 Police Commissioner Gary Griffith said the Trinidad and Tobago Police Service (TTPS) intends to implement technological upgrades, including systems which are powerful enough to 'shut down the country' if faced with a national emergency.

Speaking at a breakfast meeting held by the Chaguanas Chamber of Industry and Commerce (CCIC) on Friday, Griffith said the TTPS intends to implement several technological measures through the National Operations Centre, including GPS tracking of police vehicles, onboard laptops and several other measures to assist police in crime-fighting.

Griffith was responding to an attendee who commented on state-of-the-art crime-fighting technology he saw while travelling in Dubai and asked whether similar technology could be implemented in Trinidad and Tobago.

"We have the system here. My intention as Police Commissioner is to use it as much as possible. There is a National Operations Centre and it is probably even better than what you have seen in Dubai, it can actually lock down the country."

“You will see a lot more of it, not only in reducing crime but in providing checks and balances for the police service to do their jobs."

Griffith said the technology will also be used in order to ensure that police don't abuse the process.

Griffith added that he has received 'hundreds upon hundreds' of messages every day via his Whatsapp contact (482-GARY/4279), which he said can play a big part in helping him to 'crack the major cartels in this country'.

"Many of these persons sending these messages - and I think this can play a big part in helping me to crack the major cartels in this country - they were doing this because there was never an avenue to do so."

Griffith added however that this Whatsapp contact is a 'stopgap measure' which will soon be replaced with a mobile app.

"What you will be getting is through an app, through a proper system, it will be fed without any concern of reprisal with the individual...people want to give information but there is a genuine concern, we have heard the reports, you make a report and then by the time you walk out the same person you made the report on, they are challenging you."

"You will hear about it in a month or so, we are now setting it up, and it will give you the opportunity to pump the information...it has to be turned into intelligence but at least it gives an avenue. We hear too often, everybody claims they know who the drug gangs are, where the drugs are being held...well if you know, tell us, and now people want to," he said.

Griffith said the system is being set up and would be actioned in the coming months.

Emergency 999 unit to be reactivated

"What you will be seeing very soon is a revamp of the 999 (emergency response system). What happens now is that you're put on hold and then your call is transferred to a police station who says they have no vehicles."

"There would be a flood of vehicles from a new emergency response team, GPS tracking of all these vehicles where they would remain in their area of responsibility.

“It is not cosmetic, it is not just to show police vehicles. This is going to ensure that each and every police vehicle that is on that unit of 100-plus vehicles will be on the ground 24 hours a day,” he said.

He said this can ensure that if a 999 call if places, citizens can get a response ‘within minutes’.

Another senior officer added that some police vehicles already have onboard computers and said the police service already uses technology to check driving licenses while on patrol.

He added that some registers such as the station diary must be kept in accordance with law for court matters.

Griffith: Officers held for kidnapping will be fired