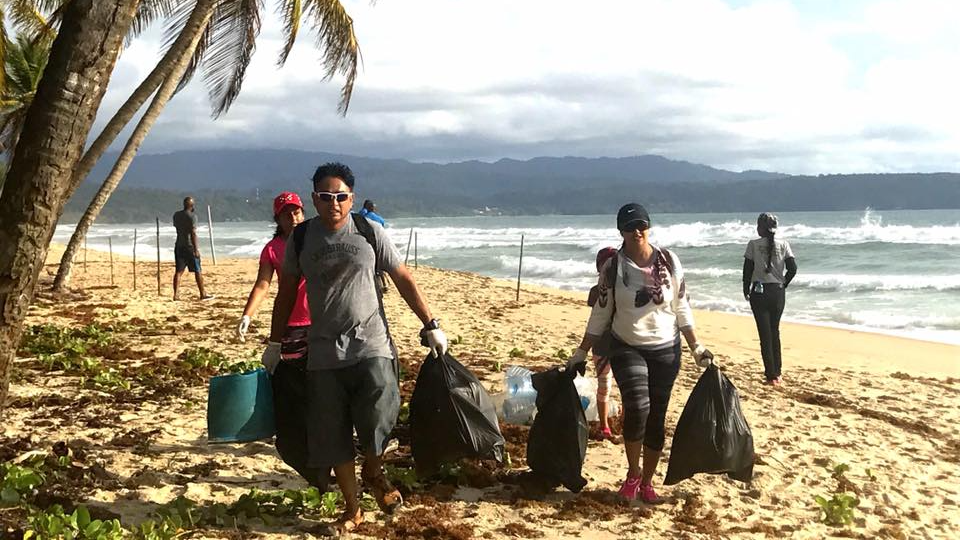 Volunteers collected over 100 bags of garbage - over 1,400 plastic bottles - during an annual beach clean-up over the weekend.

Minister of Agriculture, Lands and Fisheries, Clarence Ramhbarat, also attended the beach-clean-up, which takes place at the start of the turtle nesting season, which lasts from March 1 to August 31.

School children along with various non-governmental organisations helped to clear beaches of waste. 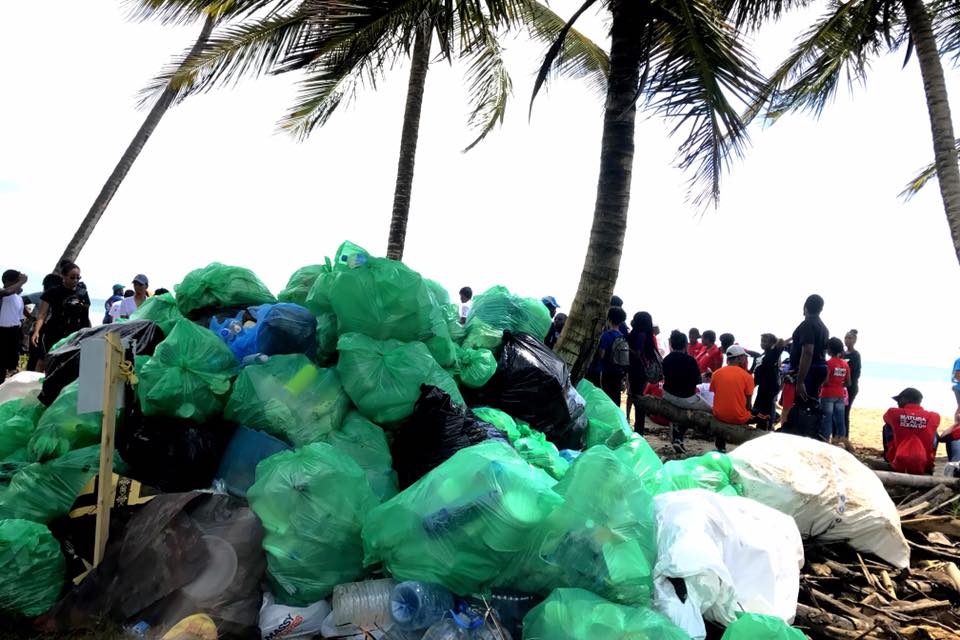 The main feature in the clean-up of any turtle nesting site, is the removal of those things which once buried, will interfere with the turtle’s digging of the hole in which it seeks to lay its eggs, Rambharat said at the launch of the event.

The annual event which was themed, ‘No Plastics Seen’, was attended by a total of 1,763 registered participants and yielded the collection of some 1,400 plastic bottles – equivalent to approximately 60 cases of bottled water.

Its activities were aimed at creating a safe nesting habitat for sea turtles whilst raising awareness for the protection of the endangered Leatherback Turtle.

The event was hosted by Nature Seekers, a non-government organization which has built a strong reputation for its work with endangered Leatherback Turtles and has been entrusted with the responsibility of providing regular patrols to protect the turtles.

These patrols have witnessed a reduction in poaching from 30 percent daily to 0 percent annually and have been maintaining such a feat for more than two decades.

Among the many highlights of the day was the Annual Sand Turtle Competition, in which teams were challenged to construct a Leatherback Turtle, utilizing no tools or enhancements other than their own innovative use of raw materials found on the beach.

The Ministry also held a sand sculpting competition which was won by Schlumberger, while NGO Exchange RC 4-H CLub won a prize for the largest volunteer group.

The special prizes announced following the beach clean-up activities were: The Largest Group (Pathfinders); The Group with the Most Children (Pathfinders) and; the Earliest Appearing Group (North Carolina University).

Turtle nests are at risk of destruction from sand compression as a result of vehicles driving on beaches. Bright lights along beaches can disorient hatchlings and prevent them from reaching the sea.

The main threats to adult sea turtles are accidental drowning in gill nets set for fish and poaching for their meat.

Leatherbacks may also mistake plastic debris floating in the ocean for jellyfish and die from ingesting this material.

All five species of sea turtle which visit Trinidad and Tobago's waters are on the International Union for Conservation of Nature (IUCN) Red List.

The penalty for causing damage to an Environmentally Sensitive Species is $100,000 and imprisonment for two years.

Since 1990, the nesting beach of Matura has been designated a Prohibited Area under the Forestry Act (Chapter 66:01), making entry to the area - from 1st March to 31st August each year - unlawful in the absence of a permit and punishable by way of a fine to the tune of $20,000.