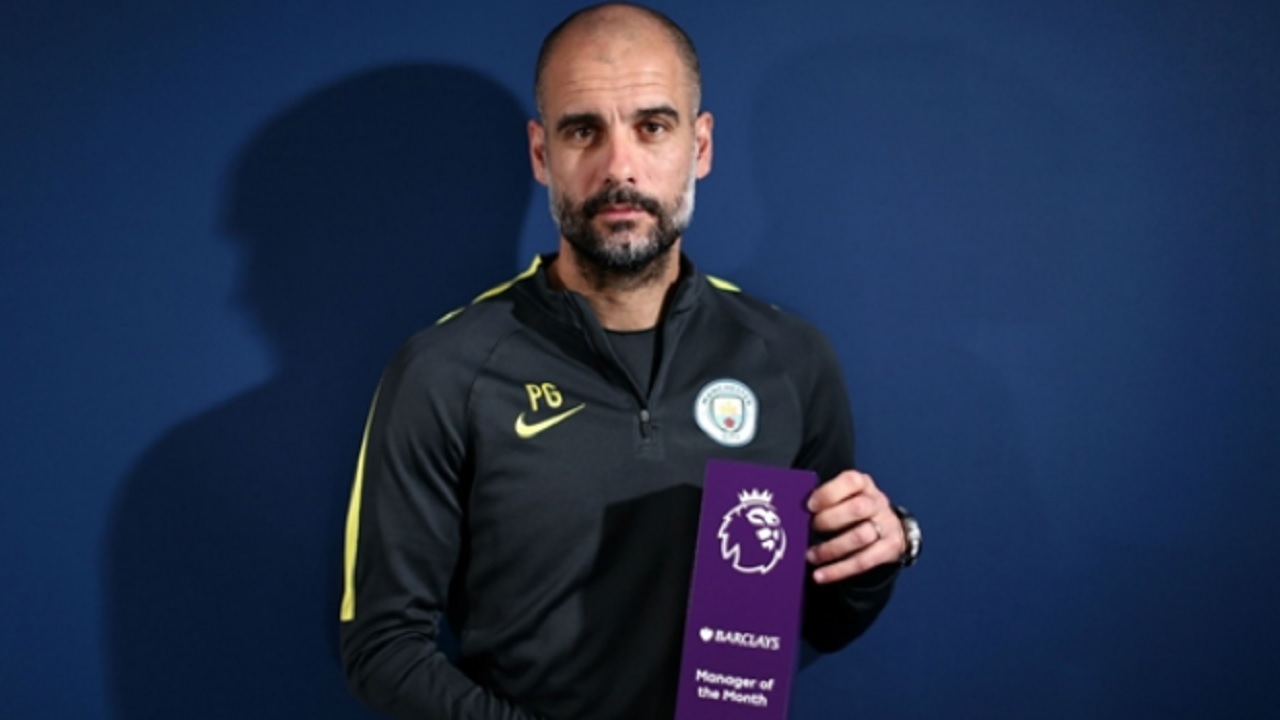 Pep Guardiola has won the Premier League Manager of the Month award for a record fourth time in succession as Manchester City's dominant campaign continues.

The Catalan had already become just the second manager, along with Chelsea's Antonio Conte, to secure the prize in three consecutive months.

And he has now set a new benchmark, City having won six and drawn one of their seven Premier League matches in December.

Unbeaten in the league this season, City are 15 points clear of second-placed Manchester United and remain in contention to win an unpreceded treble of Premier League, Champions League, EFL Cup and FA Cup.

After a month in which he scored back-to-back hat-tricks, it is little surprise to see Harry Kane named player of the month.

The Tottenham striker took his haul for 2017 to a record-breaking 39 in the league - encompassed in a tally of 56 in all competitions that outstripped Lionel Messi, Cristiano Ronaldo and Robert Lewandowski.

Bournemouth veteran Jermain Defore, meanwhile, took out the goal of the month award for his brilliant effort against Crystal Palace.

Guardiola: I must win trophies to stay at Manchester City

Manchester City will not go unbeaten in Premier League - Guardiola