Guardiola hits back at Klopp over transfer comments 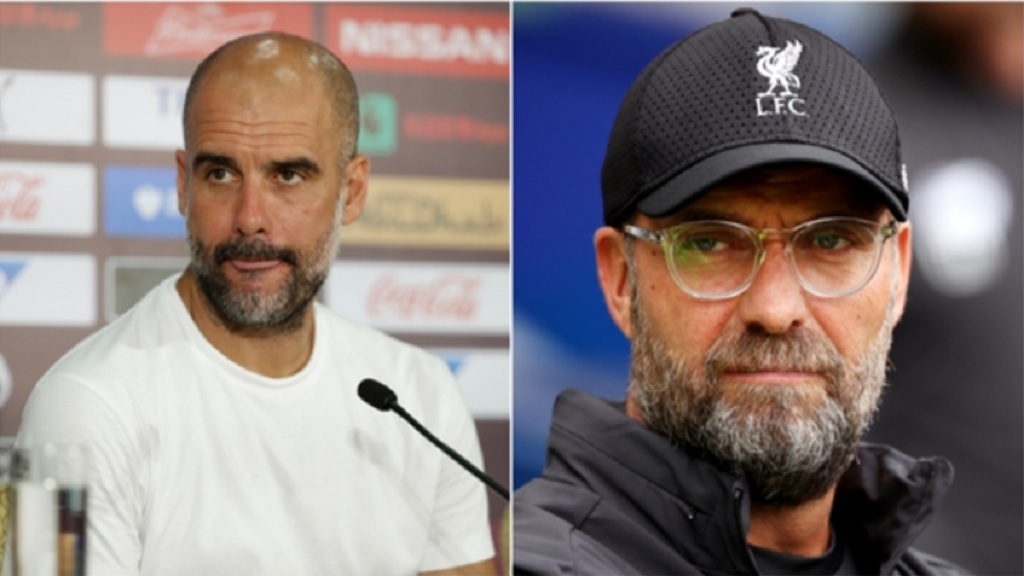 Pep Guardiola has hit back at Liverpool manager Jurgen Klopp.

Pep Guardiola has hit back at Jurgen Klopp's claims Liverpool cannot match Manchester City's spending in the transfer market, insisting the German's comments are not true.

Speaking in July, Klopp named City - along with Paris Saint-Germain and Spanish giants Barcelona and Real Madrid - as clubs who can constantly spend big in the transfer market.

However, Guardiola has refuted Klopp's comments, claiming City are only able to spend within their means, adding Liverpool's expenditure on Alisson, Naby Keita and Fabinho last season proved the Reds can also make big moves.

"It bothers me because is not true that we have spent £200million every window," Guardiola told a news conference.

"Liverpool is not a small team, so of course I don't like it because it is not true. Last season we spent on just one player [Riyad Mahrez].

"We have signed one player in Angelino with a buy-back clause and that is the reason. So clubs cannot spend a lot of money.

"What happens in other clubs like Barcelona I do not know because I am not there. If they think they can do it then they will do it. With Financial Fair Play if the clubs cannot do it, they will be punished.

"I cannot comment on the other clubs, I can just say that is not true."

Guardiola did, however, laud Klopp for his superb work in turning Liverpool into title challengers.

"Class manager, top manager," Guardiola said. "So good, incredible challenge for me every time we face his teams. His message is always positive in the way his team plays.

"I think it is so good for football that the message is always in a positive way. Sometimes some exceptions, but most of the times it is good."

City pipped Liverpool to the league title by one point last season, with an FA Cup triumph over Watford rounding off a remarkable season in which Guardiola's side won an unprecedented domestic treble.

The success was not enough for any City players to be nominated for the FIFA Best Men's Player, however, with Champions League winners Liverpool having three of their stars shortlisted.

And when asked if City could improve on last season's achievements, Guardiola - himself up for the Best Coach award alongside Klopp - took a swipe at the nominations.

"We won almost every trophy, not all of them. It is quite remarkable," Guardiola said. "Not enough to have our players in the best players in Europe but better than the first seasons.

"And now we start the pre-season and talk about what to do, the players know it. They will be stronger. We are ready to accept the challenge to be there at the end."

Guardiola lauds Foden as most talented player he's ever seen