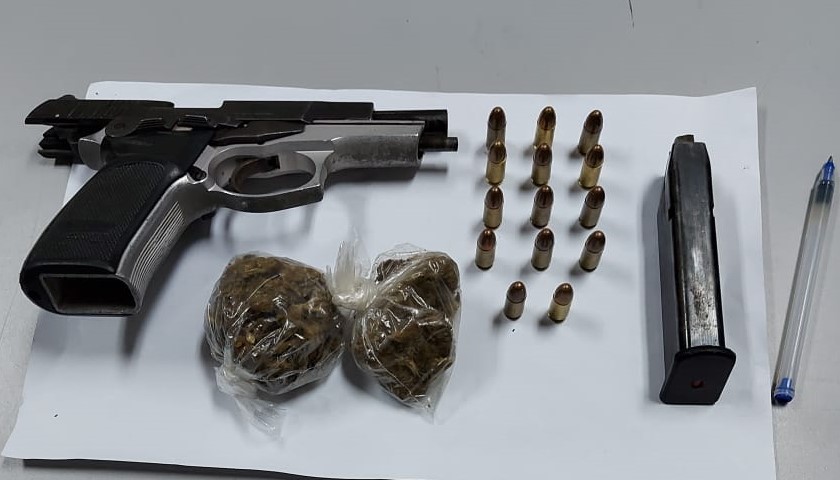 A firearm, 14 rounds of ammo, and a quantity of marijuana, were seized in La Horquetta on Thursday night.

The find was made at about 7.30pm by officers of the Major Operations Unit and Canine Unit.

The officers got intelligence from the public which led them to a bushy area off Fitzroy Alexander Road, in Phase 6, La Horquetta.

A search of the western side of the roadway was conducted and hidden under a piece of galvanize, the officers found and seized one Black and Chrome Bersa firearm which was outfitted with 14 rounds of 9mm, ammunition. A bag containing marijuana was also found and seized.