Police: Guns being made, modified in Wallerfield 'factory' 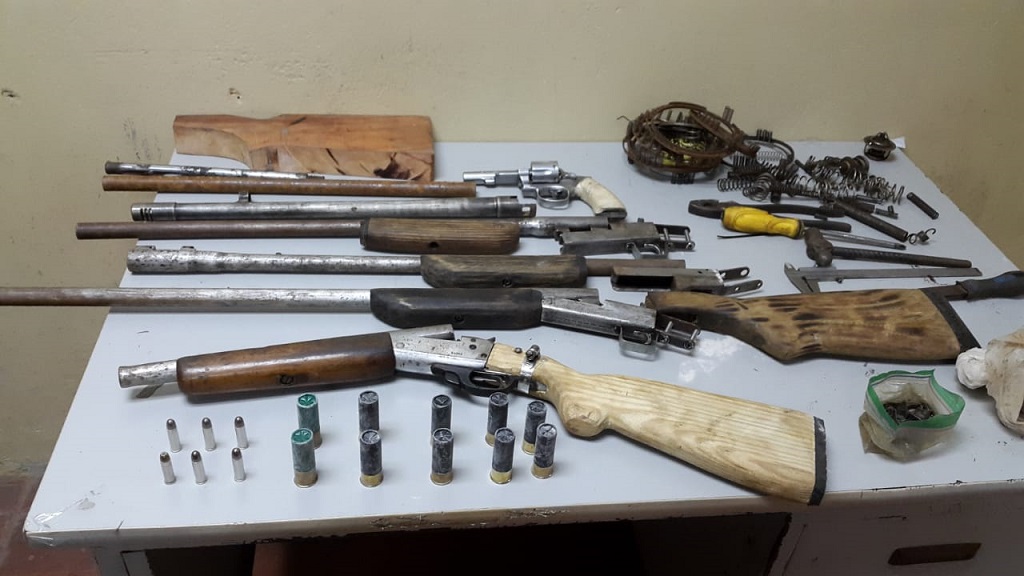 Photo: Guns being made and assembled in a 'factory' in Wallerfield.

The spirit of entrepreneurship has now been extended to gun-making after an arsenal of home-made and modified weapons which were found in Wallerfield earlier this week.

Police said two shotguns, one revolver, 20 rounds of ammunition, and parts to construct at least three more firearms, were found and seized in Wallerfield.

In connection with this find, a 19-year-old man from Mexico Road, Wallerfield is aiding with inquiries.

However, while the find was praised by senior officers of the Northern Division – including ACP McDonald Jacob and Snr Sup Michael Daniel – at the same time, it has left some officers concerned as it pointed to what was described as a “gun-factory” where weapons were being built up.

While police maintained that officially guns were not manufactured in this country, some weapons – such as shotguns and rifles – can be built up with accessible components.

The find was made at about 10.30 am on Wednesday morning by officers of the Northern Division Task Force (Area East).

A team of officers, led by Sgt Pitt, and including Cpl Sookram, PC Lee, PC Mohan, and WPC Sampson, made their way to an abandoned structure off Mexico Road, where they conducted a search and found the illegal items.

The teenager was arrested shortly after and is said to be aiding with inquiries.