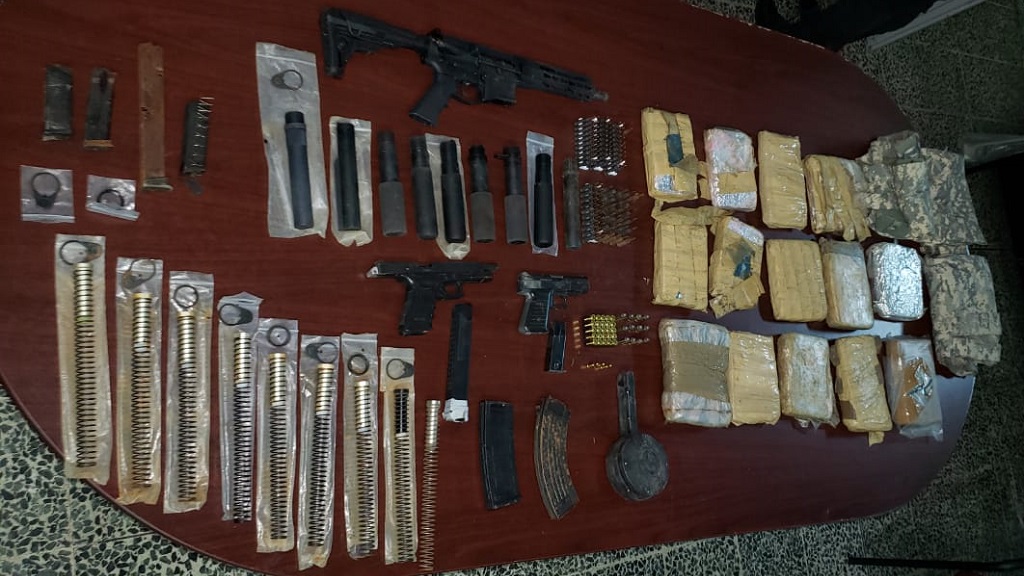 Police said an assault rifle, two firearms, and almost 150 rounds of ammunition, were found and seized on Sunday afternoon in Maraval.

The find was made in a forested area off Faustin Trace, Maraval, by the home of a man known to the police to be a ‘ranking member of the Rasta City Gang’.

The exercise took place between 2-7 pm on Sunday and was supervised by Snr Supt Aguilla, and Sup Ramjohn.

The officers found and seized an AR15 Assault Rifle, a Glock 34 pistol, a Jennings pistol, 146rds of assorted ammo, three items of camouflage clothing, as well as 18 AR15 components.

Police also found and seized 13 packages of marijuana as well as one package containing cocaine.