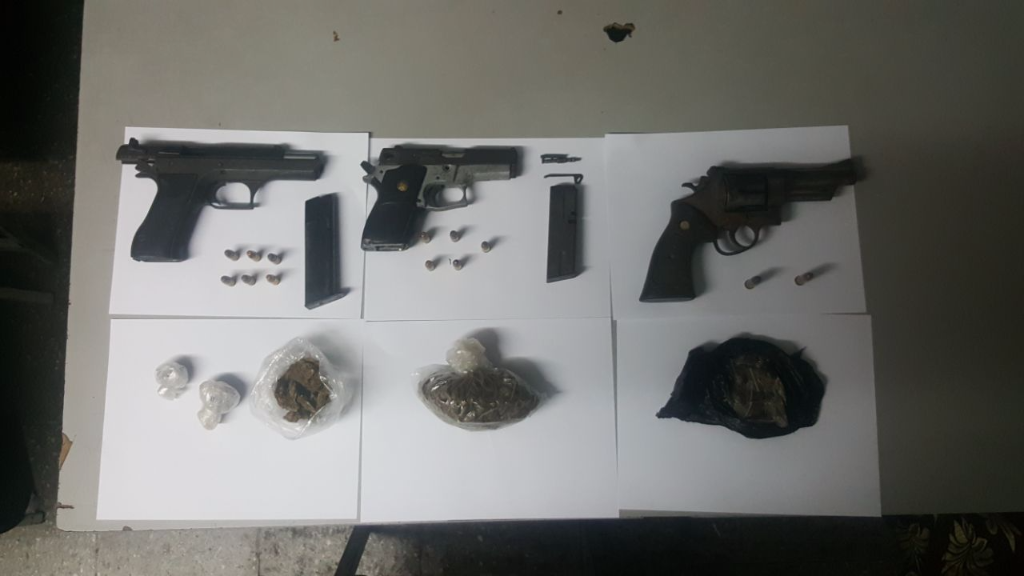 Two people are in police custody after police exercises in the North Eastern Division last night.

A team of officers from the Task Force, led by Snr Sup Sagramsingh, with assistance from Inspector James, Sgt Guelmo, Cpl Lavia, and other officers.

The Unit, acting on information received, made their way to these locations where they seized three firearms as well as 109 grammes of compressed marijuana.

The exercises are part of the division’s continuing zero tolerance approach to crime in its district with similar initiatives expected to take place over the weekend.