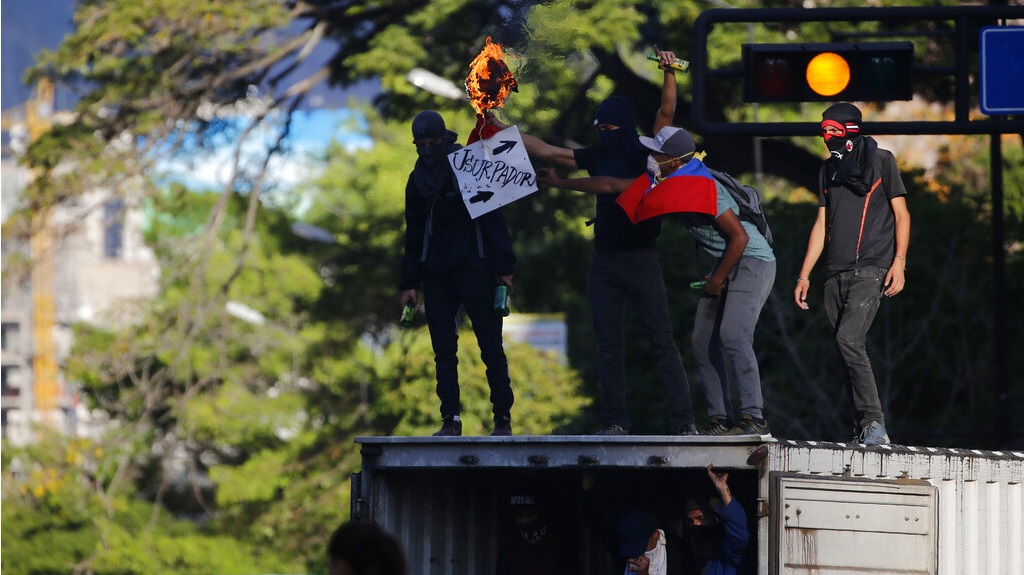 Guyana has expressed concern at the developments occurring in neighbouring Venezuela, after Opposition Leader Juan Guaido declared himself interim president, leading to president Nicolas Maduro cutting ties with the US.

In a statement issued Thursday following Guaido's declaration, Guyana's Ministry of Foreign Affairs said the political crisis is extremely concerning and urgently called for dialogue to return the situation to normalcy.

"The Government of Guyana is gravely concerned at the deepening of the political crisis in the Bolivarian Republic of Venezuela and supports calls made at both the regional and international levels for immediate dialogue involving all political and social actors, with a view to the preservation of the democratic process and a return to normalcy."

"Guyana calls on all parties to desist from actions that might lead to further violence and loss of lives."

The Ministry said Guyana "remains firmly supportive of efforts to resolve the crisis through peaceful means and with full respect for human rights and the rule of law".

US President Donald Trump expressed support for Guaido and the US has since refused to remove diplomats who were asked to leave after Maduro said he would be cutting ties with the US.

Trinidad and Tobago's National Security Minister, Stuart Young, said the sovereignty of nation-states should be respected and said Trinidad and Tobago stands ready to assist where possible and hoped for dialogue to bring about a resolution.

Speaking at a post-Cabinet briefing on Thursday, Young said Trinidad and Tobago would be affected by events in Venezuela and the position of non-interference remains the current policy.

"We do not see it as being appropriate for us as a government and as a people to get involved in the policies...and what is going on with our neighbours...at the end of the day the Venezuelan people will decide."

"Which of you has taken the time to read the constitution of Venezuela...that is the law of the land," he said.

During a recent vote by the Organisation of American States (OAS) to reject the legitimacy of Maduro's second presidency, St Vincent and the Grenadines spoke out against what it called unethical behaviour on the part of the Secretary-General Luis Leonardo Almagro Lemes.

Meanwhile, Russia expressed concern regarding any military interference by the US in Venezuela's political events, while Turkey and China have also expressed support for Maduro.