Guyana Opposition Leader:"The oil belongs to the people of Guyana" 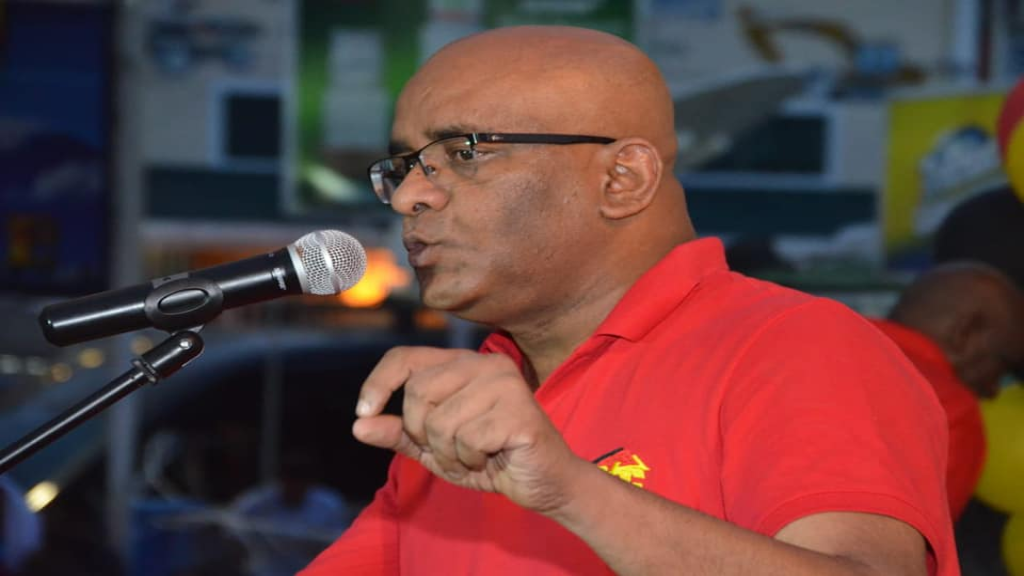 Opposition Leader Bharrat Jagdeo has warned that Guyanese will not receive the full benefits of its new oil and gas wealth because of bad deals negotiated by the David Granger Administration.

Speaking at a Peoples Progressive Party/Civic (PPP/C) Rally in Bartica last night, Jagdeo repeated that his party will renegotiate the deal with ExxonMobil once they are returned to office following the March 2 Regional and General Elections.

He said ExxonMobil started exploration before the 2015 polls and the current A Partnership for National Unity (APNU) + Alliance for Change (AFC) Government only had to protect the country’s interest.

“They signed a contract that was so lopsided that the foreigners and those people will benefit from almost everything and we the people will get very little.”

“The oil belongs to the people of Guyana, all 800,000 of us, and it must benefit our people. The young people must have jobs, our people must get more business and there must be a strong local content policy to force the oil companies to shine business our way,” Jagdeo stated.

He revealed that the oil companies are importing everything they need to operate including water from the US state of California.

Jagdeo said the US$18 million signing bonus received in 2016 by the Government is another indication of their poor negotiation skills since “Suriname received six times the amount.”

He added that there are many secrets regarding the oil and gas contracts and his Government will criminalize non-disclosure agreements to protect the interest of Guyanese.