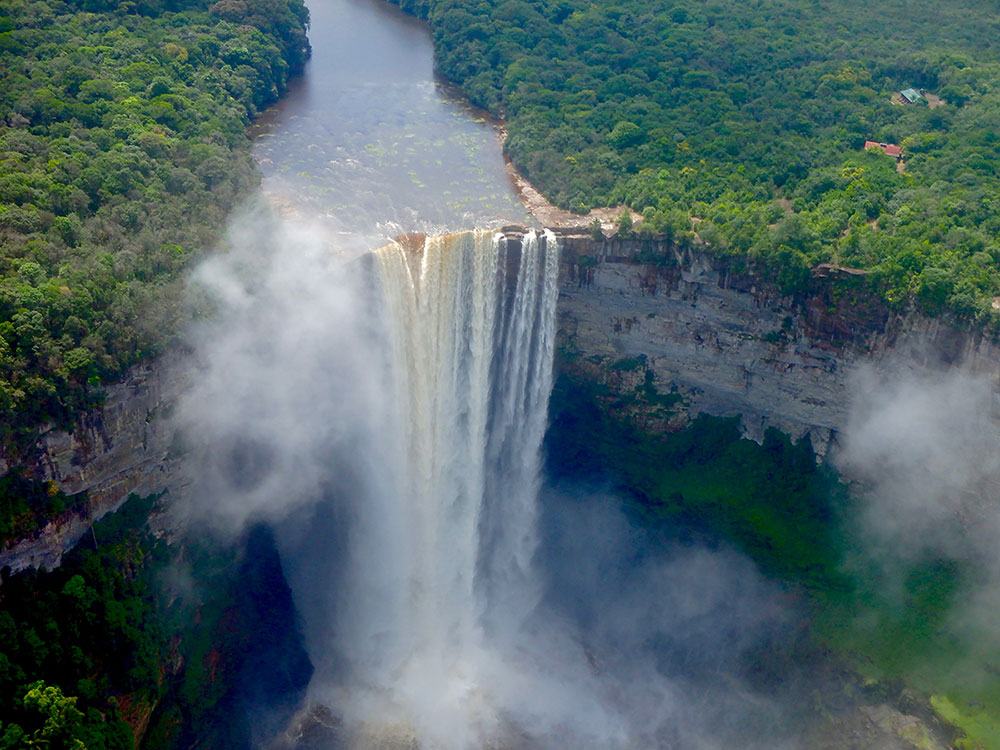 Guyana was the top performing destination in the first half of 2018.

In his address at the close of the Caribbean Tourism Organisation's State of the Tourism Industry Conference in The Bahamas, Chairman Dominic Fedee said there were two tales of tourism in the region.

On one hand, there robust growth in countries that were not affected by last year’s hurricanes while on the other, there were dramatic decreases in arrivals to those hit by the storms, although the performances of these countries are steadily improving.

He said of the 22 reporting destinations, 13 them registered increases in tourist arrivals during the first half of the year, ranging from 1.7 percent to 18.3, while seven recorded decreases between a negligible -0.3 percent and 71 percent.

"The top-performing destinations during this period were Guyana at 18.3 percent, Belize at 17.1 percent, the Cayman Islands at 15.9 percent, Grenada at 10.7 percent and the Bahamas at 10.2 percent," he said.

"These individual results substantiate the regional messaging of the openness of the destinations for business and the confidence in destinations to deliver quality experiences."

Looking at the arrivals from source markets, Fedee noted that there was a decrease in visitors from the United States.

"In the US market, for example, while Jamaica reported growth of 8.4 per cent, the Dominican Republic was up by 6.3 percent and 11 other destinations achieved growth, six of which were by double digits, the Caribbean received seven million visits from the US during the first half of the year. This was a 15.8 percent decrease when compared to the corresponding period last year, due mainly to a 54.6 percent fall in arrivals to Puerto Rico and decreases in arrivals to Cuba," he said.

However, there was a new record in arrivals from Canada for this time of year, with 2.4 million overnight international tourists, representing a 4.7 percent increase.

Arrivals from Europe also increased, though marginally at 0.3 percent, with three million tourists visiting the Caribbean during the first half of the year, said Fedee.

Belize led the way with 24.3 percent growth, followed by Guyana at 9.4 percent, Curaçao 6.2 percent and Saint Lucia at 4.5 percent. However, overall growth was impacted by steep falls in arrivals to Anguilla, Puerto Rico and Bermuda.

Fedee said there was also a marginal decline of 0.5 percent in cruise visits, although there are signs of improvement.

Of the 23 reporting destinations, 15 saw improvement upon their 2017 performances with Trinidad and Tobago registering increases of 166 percent, St. Vincent and the Grenadines up by 84 percent and Martinique at 54.7 percent, leading on growth rates.

However, this was countered by declines of nearly 90 percent in the British Virgin Islands, Dominica by 88.4 per cent, St. Maarten down 27.5 percent, and the US Virgin Islands by 22.5 per cent. Puerto Rico, though hurricane-impacted, posted a 1.1 percent increase during the period.

"The region’s competitive advantages of a diverse tourism product and safety and security are still intact. Destinations are rebuilding, and new tourism products and services are being restored daily in the destinations impacted by last year’s hurricanes. Our research department anticipates an overall decline of between three and four per cent this year but predicts a 4.3 per cent increase next year. Cruise, on the other hand, is projected to grow by five percent to six percent this year," said Fedee.

Budget travel with Loop to: Guyana