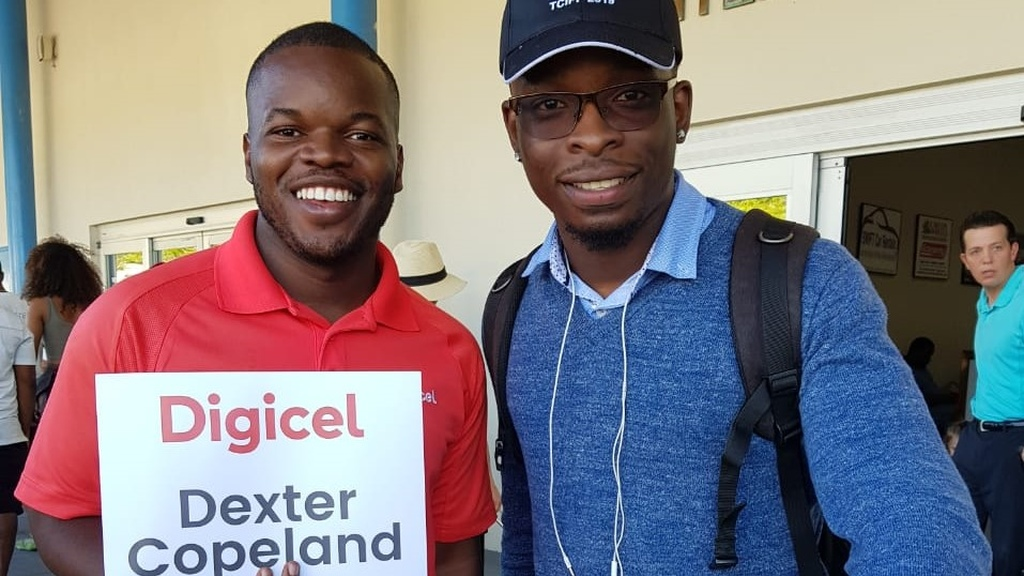 Two of the three winners announced are from Guyana.

For the 21 years and over category, Dexter Copeland from Guyana won with his short film, The Journey. He’s won a round trip flight to TCI with accommodation for the festival, a showing of his short film at the festival, all-access pass to festival events (gala, parties, VIP), a brand new phone and US$1,000 cash.

“I feel extremely grateful and humbled to be a winner of the Digicel Youth Pan-Caribbean Film Competition, and I must thank all the people who voted for me and those who supported me throughout this process. I must also thank Digicel for making this opportunity possible. I’m hoping it will place me in a better position to help develop the film industry in Guyana, and throughout the Caribbean. My goal is to create inspirational films that tell stories that truly resonate with my audience. At this year’s Turks & Caicos International Film Festival, I’m looking forward to learning essential industry information, to continue to empower myself and those in my community," he said.

For the winner of the 14-17 years old category, Aderes Thompson, also from Guyana, who won with the film A Day I the life of a GTI Student, gets to have his short film featured on Digicel Guyana’s social media pages and website as well as a brand new phone.

Tajeem Anthony Wray of Jamaica won in the18-20 years old category for his film Best Day Ever.

Open to amateur filmmakers across the Caribbean, the competition provided a platform for budding creatives to test the waters and show off their skills.

“We’re happy to be partnering with the inaugural Turks and Caicos International Film Festival and hosting the Digicel Youth Pan Caribbean Film Competition. I just want to thank all those who entered the competition and to say congratulations to the winners. We can’t wait to welcome you to TCI! Film is all about storytelling, and in the Caribbean, that’s a big part of our culture, so we’re very excited to see what everyone, amateurs and professionals alike, has brought to the festival,” said Addison Stoddard, CEO of Digicel Turks and Caicos.

In May, Digicel’s Chief Speed Officer, Usain Bolt visited the Turks and Caicos Islands to launch the festival and advocate for telling meaningful stories through film and touching on the importance of preserving our oceans and the environment.

Turks and Caicos Film Festival puts focus on the environment