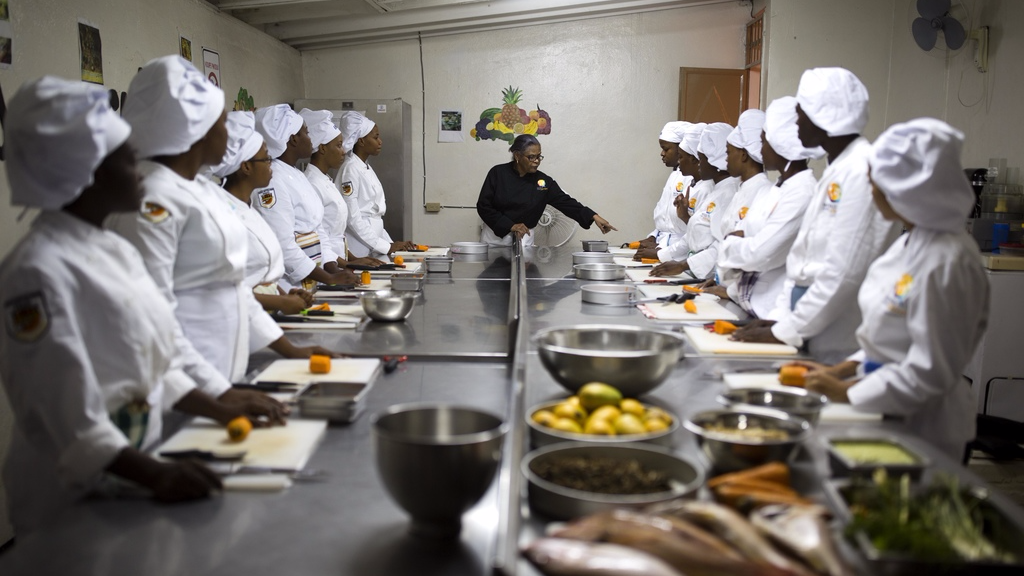 In a dining room in a wealthy district in the hills above Haiti's capital, waiters in black outfits whisk plates of crunchy malanga fritters and a creamy cornmeal dish to well-off locals and tourists. In the kitchen, the chef ladles glistening, fresh conch into a pot as his staff dice tomatoes and watercress.

Haitian cuisine is a spicy confluence of French, Spanish, African and Amerindian cooking traditions that blend indigenous ingredients like the rich, earthy black mushroom known as djon djon with a variety of cooking techniques, crusted baguettes and flaky pastries. 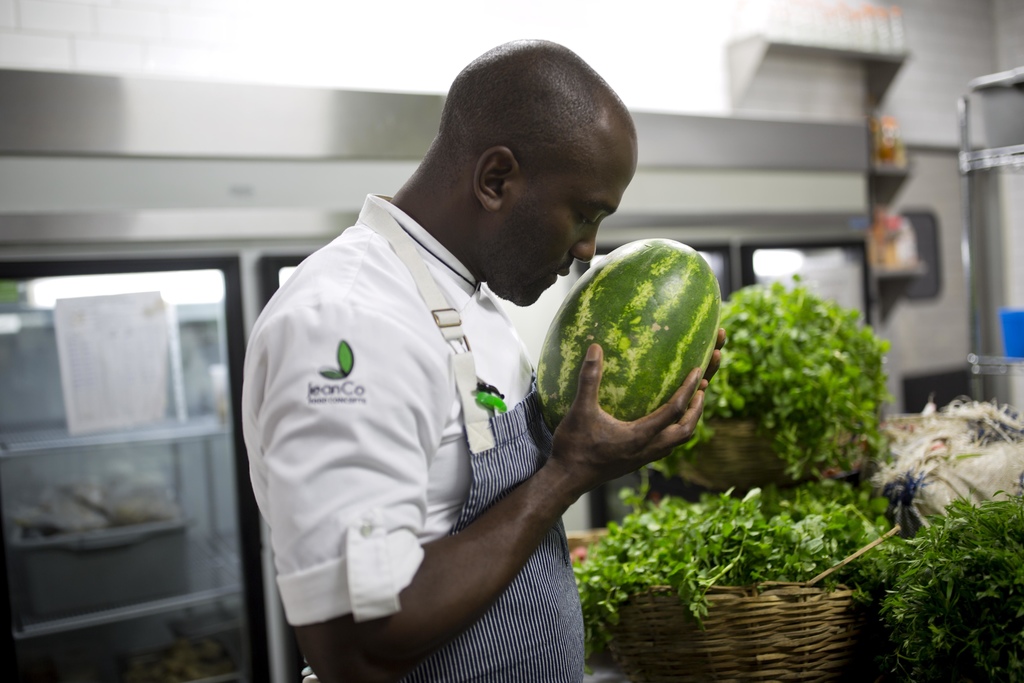 For decades, Haitian food has been seen as simple, hearty fare best simmered for hours over charcoal stoves at home or fried up and served in cheap curbside restaurants. Haitians who could afford a night out at a restaurant used to opt for versions of continental menus or a generic Caribbean fusion mimicking the food in island resorts.

In recent years a new generation of Haitian chefs here and abroad has begun reimagining the country's cuisine. Traditional delicacies like the milky cornmeal beverage called akasan; the fiery carrot and cabbage condiment called pikliz; citrus-marinated chicken with boiled cashews; and whole fish in spiced broth are being prepared using haute cuisine techniques and served in the growing number of restaurants serving foreigners and Haiti's small middle- and upper-class. 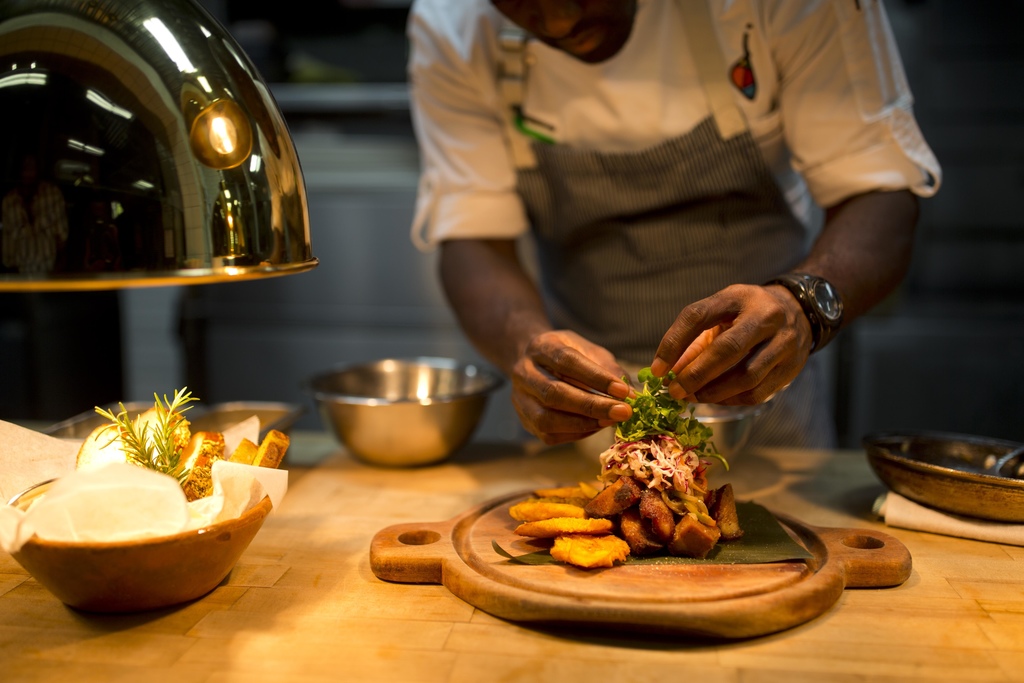 "It's a real exciting time right now for Haitian gastronomy. We have serious, bona fide culinarians who are creative and focused on raising the profile of our food," chef Jouvens Jean said as chile-laced shrimp sizzled in a pan at Jojo Restaurant in Petionville.

Accomplished chefs like Jean and Stephan Berrouet-Durand moved back to their homeland from the United States, importing the presentation and kitchen know-how of the various countries where they've worked, while others are increasingly vocal ambassadors for their food culture overseas, appearing on US and European cooking programs.

"Suddenly, a lot of Haitian chefs don't have this fear of saying 'Haitian cuisine' out loud. It is becoming a very popular thing," said Georges Laguerre, a Miami-based food entrepreneur who ran a Haitian eatery in Los Angeles for over a decade. 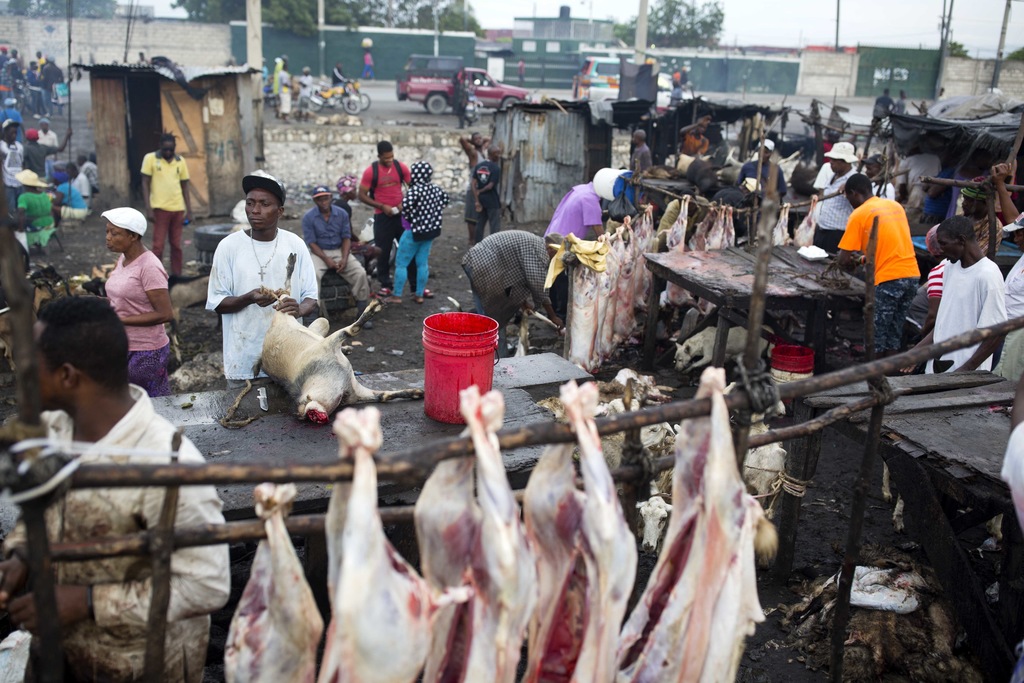 Dependence on food imports has grown as a result of intractable economic stagnation, but local favourites like malanga root, chayote squash and a dark spinach are still grown organically on farmland ploughed by oxen and maintained without pesticides or chemical fertilisers only because most farmers could never dream of affording them.

The fact that Haiti has a vibrant food culture at all can be surprising to those who only associate this Caribbean nation with hunger and crushing poverty.  But even through decades of decline and recurrent political turmoil, Haiti never lost its delicious recipes.

"I think one of Haiti's greatest resources is its food. I have yet to meet anyone who did not appreciate the flavours of traditional Haitian cuisine," said Nadege Fleurimond, a Haitian-born writer and caterer based in New York City whose 2014 cookbook "Haiti Uncovered: A Regional Adventure into the Art of Haitian Cuisine " helped kick-start a fresh look at the country's recipes.

Some beloved dishes have roots stretching back to Haiti's founding on January 1, 1804, following the world's only successful slave rebellion. The vibrant coloured pumpkin soup known as joumou is a typical Sunday dish and a must on independence day for the world's first black republic. During the dark days of bondage, plantation slaves in Haiti were prohibited from eating an aromatic squash soup - a favorite of their French masters - or much of anything else other than rudimentary provisions. 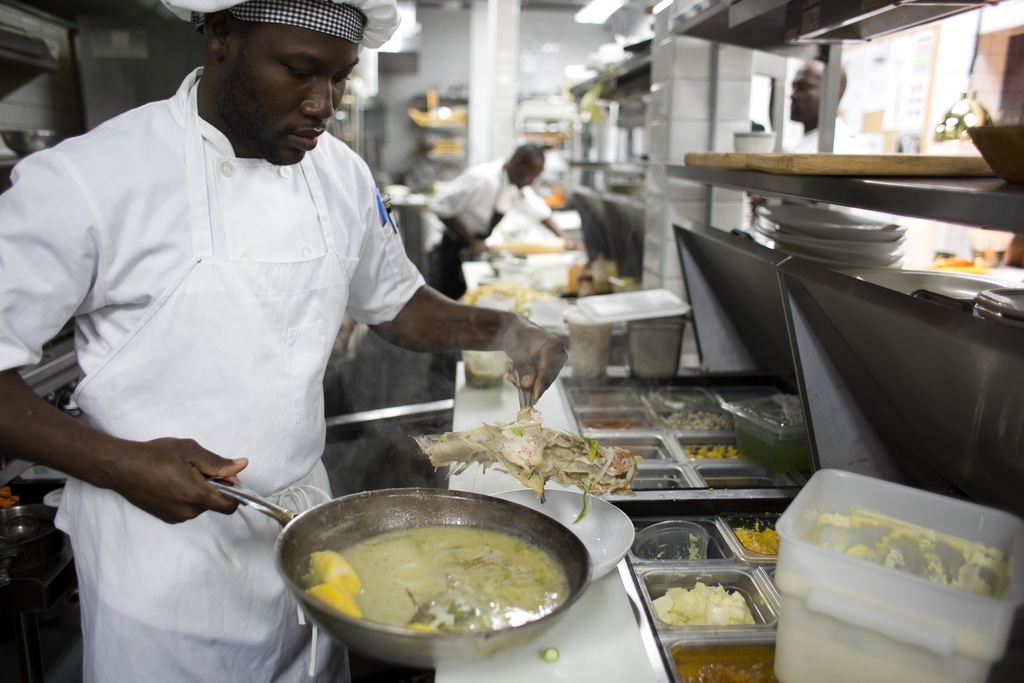 "When we got our independence what better way to celebrate than to eat the very thing that we were unable to eat as slaves," Fleurimond said.

Haitian restaurants and food festivals are springing up in cities such as Miami and Montreal, where members of the Grammy-winning rock group Arcade Fire back a Haitian eatery that serves specialties like stewed oxtail over rice along with cocktails made from the country's Barbancourt rum.

One famed chef, Spanish-born Jose Andres, turned his culinary adventures around Haiti into a 2015 television documentary.

In a culinary school in downtown Port-au-Prince operated by Andres' nonprofit and the Haitian government, young people eagerly prepare for careers as the nation's chefs and food-industry professionals, learning the basics of preparing dishes delectable to the eye as well as the palate.

"Haiti has a rich culinary history and we make sure we celebrate that in our curriculum," said Andres, whose World Central Kitchen nonprofit is also working to rejuvenate the country's fishing sector by investing in a new processing facility in the south coast town of Jacmel.

A growing pride in Haitian food is apparent among aspiring chefs.

"This is my country's culture and I want to show it off," said 23-year-old culinary student Peraldine Alceguerre as she sliced juicy Haitian mangos to bake into a pie.