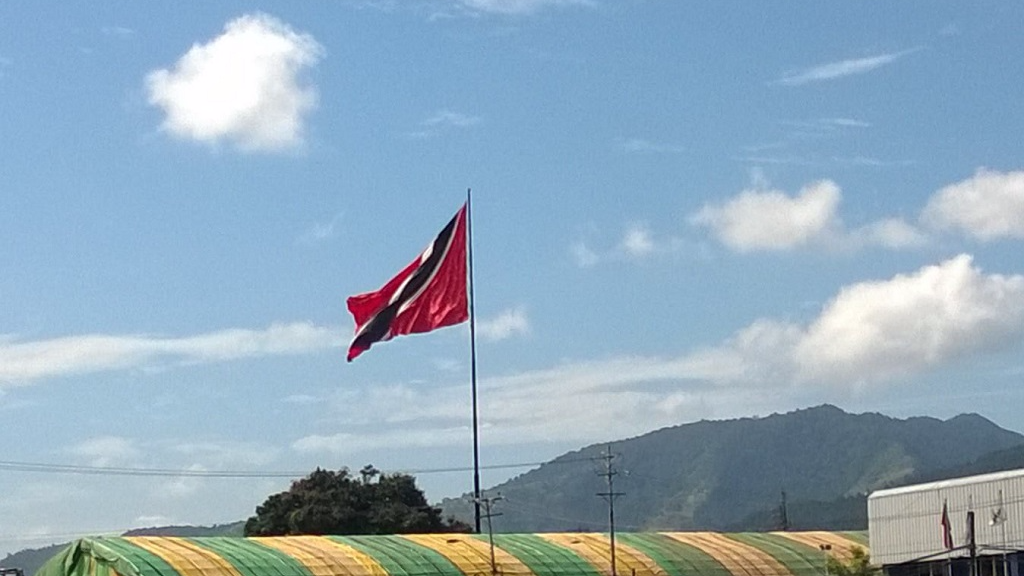 FIREONE F/X says the national flag in Macoya, which appeared to be at half-mast on Monday, the day of ANSA McAL founder Anthony Sabga's funeral, was done in error.

A release was issued by the company in response to comments raised by citizens after photos of the flag at what appeared to be half-mast were shared on social media.

"Social media was set abuzz today when it was erroneously reported that the iconic national flag located at our Macoya location was being flown at ‘half-mast’."

"As you are aware, correct flag protocol dictates that flags are to be flown at half mast only on official occasions of public mourning as is the case when the Head of State, Prime Minister or other dignitary dies."

"The directive to fly the national flag at half-mast would usually come in the form of a public release from the Ministry of National Security. Recently, flags in Trinidad & Tobago were flown at half mast in observance of the deaths of former Prime Minister, Patrick Manning and former Cuban President, Fidel Castro. "

"No such directive is in effect at this time."

The company said however that they "experienced difficulty in hoisting the flag this morning, when a winching mechanism which is used to raise the flag along the length of the pole, malfunctioned".

They said that as a result of "recent disuse" the winching mechanism ‘seized’ when operated.

The company said any photographs which were taken showing the flag at half-mast, were "more than likely taken during this period".

The release adds that the issue was resolved and at around 10:00 am the flag was lifted to full mast and flown in its correct position for the remainder of the day.

The company also added that contrary to some reports, the flag is situated on property owned and occupied by FireONE FX and not on the adjacent property which houses Amalgamated Security.

The release clarified that FireONE FX is in no way affiliated with either Amalgamated Security or the ANSA McAL Group of Companies and that the National Flag has not been flown in several weeks due to the unavailability of foreign currency.

The company added that the flag is changed every two to three months due to the effects of high winds at this location.

"A shipment of Flags was received this past weekend and our team set about to install a new flag this morning," the company said, adding that the cost of the display is entirely maintained by FireONE FX.

"Lastly, we are fully aware of what constitutes proper flag ‘etiquette’ and as such we wish to apologise to the public for this embarrassing turn of events as it is in no way reflective of the professional and conscientious approach that we bring to every aspect of our operation," the company said.

The funeral for Anthony Sabga, founder and chairman emeritus of the ANSA McAL Group of Companies was held on Monday at the Church of Assumption, Maraval.

Following the funeral, a procession was led through Port of Spain.

His interment was held privately.