Happy horse finds home after being abandoned in Cumuto 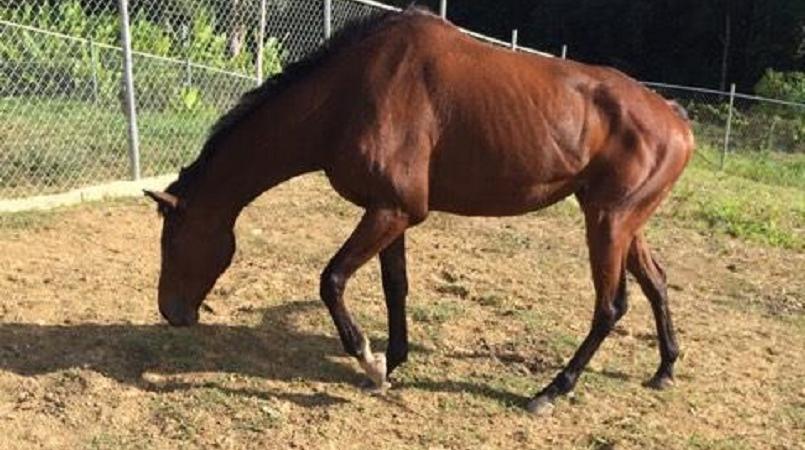 Irene, as the horse was renamed, was one of two horses which had been abandoned by their owner.

The group was told that the other horse got an infected leg, which turned septic and poisoned the horse, which died on the roadway.

Irene along with some other animals were abandoned in Cumuto, when the Animal Welfare Network (AWN) was contacted by the Trinidad and Tobago Society for the Prevention of Animals (TTSPCA) to try to rescue them in February.

"Irene’s case was relayed to the Animal Welfare Network (AWN) by the TTSPCA.  The police in Cumuto reached out for assistance regarding a horse, goats and dogs on a property in the area.  The animals were in desperate need of help."

"There had been two horses on the property but one had got an infected leg which turned septic and poisoned the horse, which died on the road nearby. Unfortunately, when we got there, the dogs and goats could not be found."

"It took us a while to find Irene because of the complications with the other animals. However, after driving around the area for some time, Irene was seen grazing on the side of the road."

"The man who owns the horse-box we had engaged to move Irene was horror-struck when he realised it was his horse that he had come to rescue.  He was devastated by the news that the other horse had died. He is a man who realises the importance of ensuring that horses are sent to good homes and had thought that this place was right for her."

Motilal says Irene was taken in by her new owner, Darrin Ramoutar, and soon began bonding with two other rescue horses on the compound.

"Irene was accepted into the herd in one day, which surprised her new owner, Darrin Ramoutar, as Glory can be a bit temperamental.   He says she has brought stability and calm to his herd. (Her name, Irene, was chosen because that is the name of the goddess of peace in Greek mythology and she lives up to her name.)  Now Irene can look forward to life full of happy days," Motilal said.

She also thanked the donors who supported Irene's transport and maintenance costs while getting settled in.

The AWN provides education on animal welfare, spaying and neutering services as well as emergency rescues for sick and abused animals.

Those wishing to make donations to the Animal Welfare Network can contact them on 627-3449 or visit them on Facebook: www.facebook.com/pg/AnimalWelfareNetwork.