Harden on reported feud with Chris Paul: 'It was a lot of false talk' 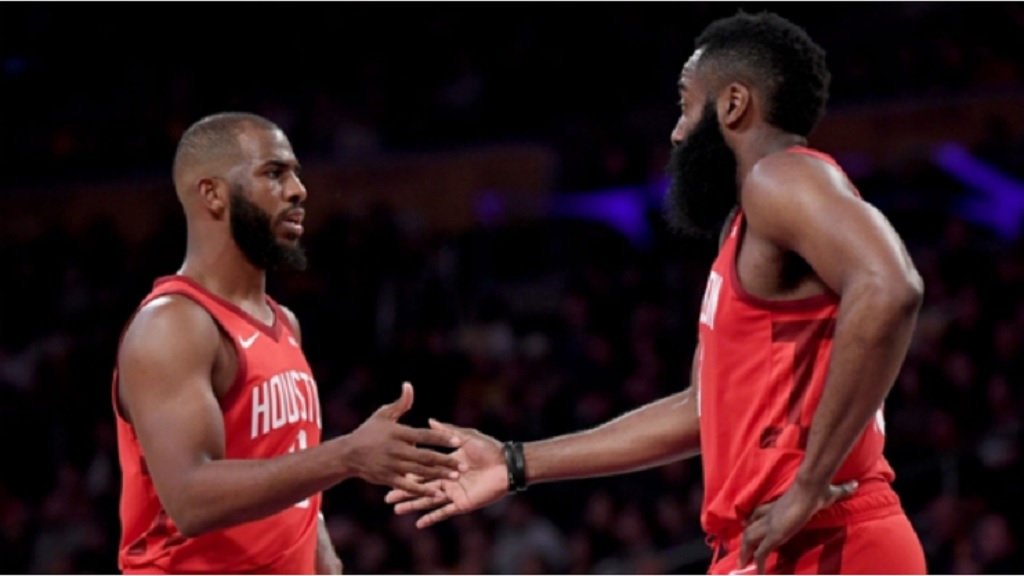 James Harden insists there is no bad blood between him and Chris Paul.

The Houston Rockets star was rumoured to have had enough of Paul following their second-round playoff exit at the hands of the Golden State Warriors in May.

Some reports stated Harden would not answer Paul's phone calls after last season and claimed the duo's relationship was "unsalvageable."

Paul has since been traded to the Oklahoma City Thunder, with Russell Westbrook coming the other way in a blockbuster deal.

However, Harden told reporters on Saturday that speculation of friction between him and Paul was not accurate.

"All the negative media stuff and all the stuff that was running, it wasn't true. Me and Chris had constant communication and you know, we're good."

With Paul now out of the picture, Harden is set for a reunion with Westbrook, who he played alongside in Oklahoma City from 2009-12 before being traded to the Rockets.

Harden led the NBA in scoring with 36.1 points per game while Westbrook averaged a triple-double for a third straight year in 2018-19.

"I'm excited for this opportunity," Harden said. "It's a new chapter, but I know he's [Westbrook] excited."