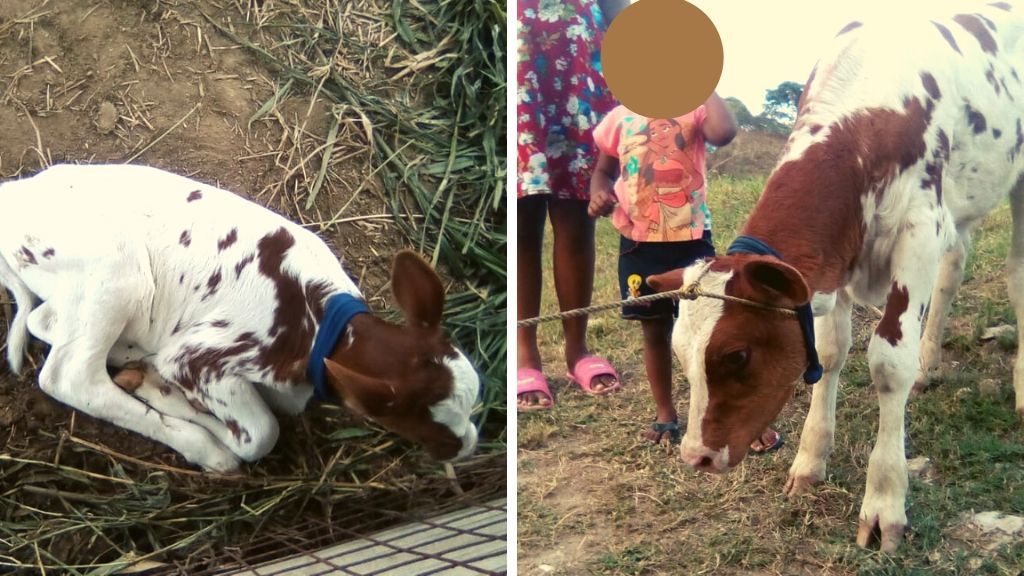 A Gran Couva farmer is asking the public for help in finding his calf, which was taken from its mother on May 10, 2020.

Shiva Jaikaran told Loop News that he is worried as the five-week-old calf is still nursing and needs milk to survive.

Shiva said the calf was with the mother in Baboolal Farm Road, tied next to the mother.

He said in the middle of the night he heard the mother calling for her baby, but thought that she was calling for it to return in case he had wandered off.

“The last time saw her was on Mother's Day (May 10) and I secured them and went home. Around one or two in the morning, I heard the mother bawling, and I know sometimes she does that to call the calf back. But when I checked in the morning she was nowhere to be seen."

He said he searched high and low with no success. He then went to the Gran Couva Police Station where he filed a report and officers came and looked at the area where the cows were kept.

However, he said he has heard no developments since. He has taken to driving along roads, asking people if they have seen his calf.

“I haven’t heard anything else or if they got any more information. Right now I’m on my own, driving around and asking around. Anybody I ask, I don’t know if they're afraid to talk, but they say saying they haven't seen anything, or they didn't hear anything."

Jaikaran said that there has been a disturbing increase in these types of incidents, as a farmer near to him also lost pregnant sheep, just two months before this incident.

“Right there, where the cows are tied, the sheep were taken. The sheep were pregnant. It never used to happen before but now we're seeing this happening more often, I’m sure it must be happening with other people but we may not know about it.”

Jaikaran said the loss is a heavy one as he has only just started to practice animal husbandry.

“I'm only now starting up as an animal farmer, I used to do agricultural farming before. I had the mother since she was a calf and this is the first time she has made calves. Every day, three times a day, I have to come and milk her or she will get sick."

Jaikaran said however that he hasn't given up hope.

“I will keep looking around, this morning I came again, I took a drive around, and as I go along people saying to ask this one or that one. As I go around I just keep asking."

"But I'm not giving up because she’s so small, she cannot eat grass, they have to feed her milk. I still have hope.”

Anyone who has information that can be of assistance is urged to call Jaikaran on 759-7638 or call the Gran Couva Police Station on 679-9735, or leave an anonymous tip on 800-TIPS, or via the Trinidad and Tobago Police Service (TTPS) app: https://bit.ly/3e7ILaj

VIDEO: Cow rescued via crane from roof in Pakistan