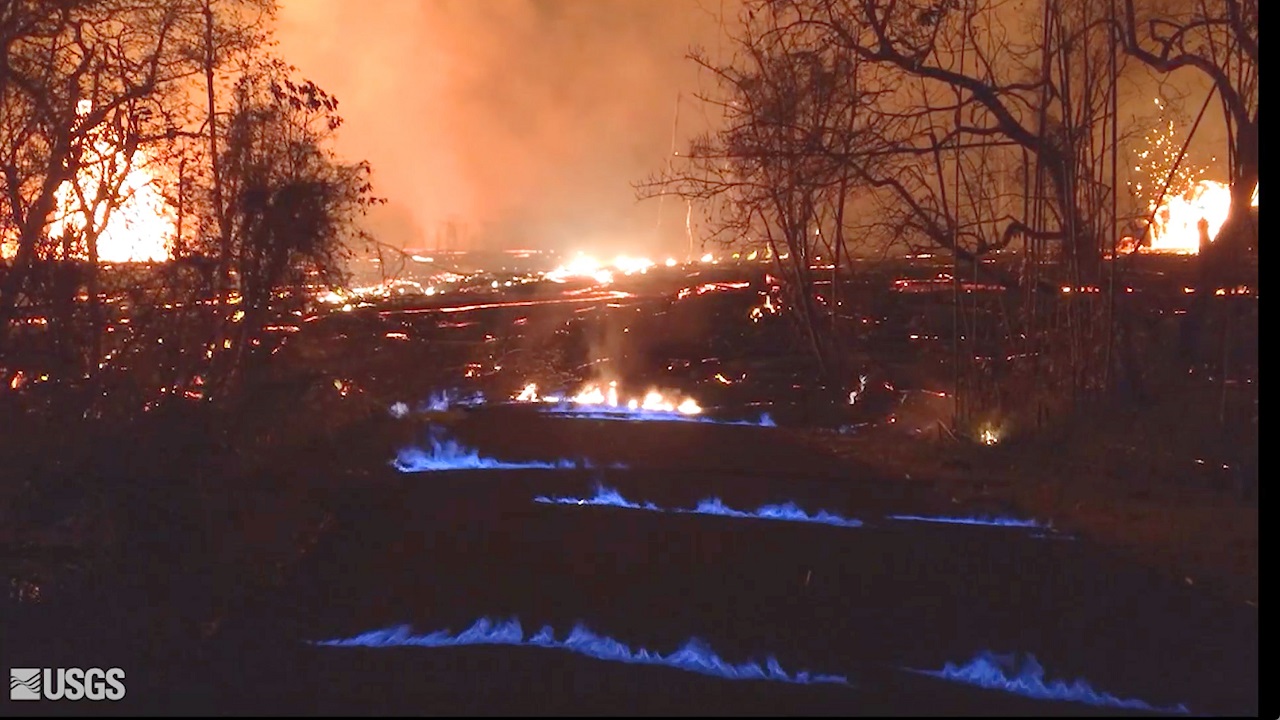 (Image: AP: This USGS photo shows blue burning flames of methane gas erupting through cracks on the island of Hawaii on 23 May 2018)

Blue flames from burning methane are the latest natural phenomena being seen at the eruption of the Kilauea volcano in Hawaii.

Night-time photos released on Wednesday by the US Geological Survey show the flames spouting from cracks in the pavement in the Leilani Estates neighbourhood where the volcano has been gushing lava on the big island of Hawaii for the past three weeks.

The volcano produces methane when hot lava buries and burns plants and trees.

"The methane gas will flow through the ground, through the cracks that are already existing, and will come up wherever there's a place for them to come up," said Wendy Stovall, a scientist with the US Geological Survey.

Hawaii County has ordered about 2,000 people to evacuate from Leilani Estates and surrounding neighbourhoods since the eruption began on May 3. 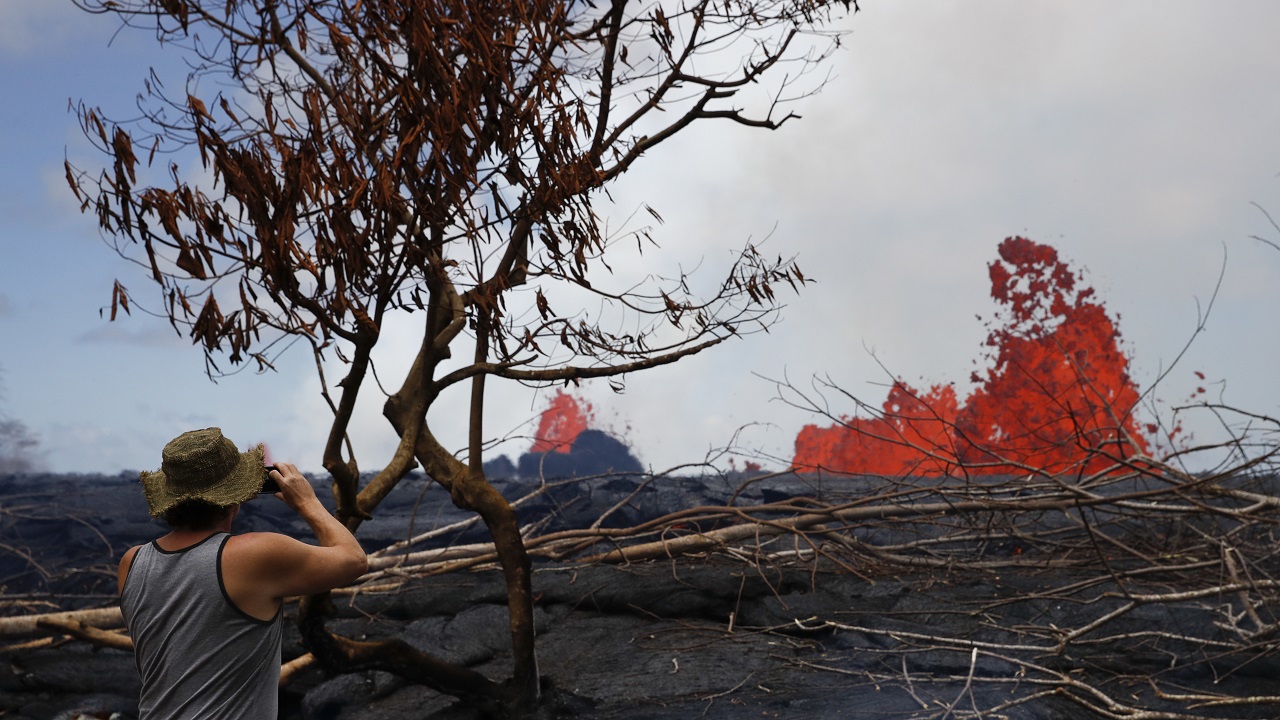 The volcano has opened more than 20 vents in the ground that have released lava, sulfur dioxide and steam. The lava has been pouring down the flank of the volcano and into the ocean miles away.

The eruption has destroyed 50 buildings, including about two dozen homes. One person was seriously injured after being hit by a flying piece of lava.

Stovall said lava spatter from one of the vents was forming a wall that was helping protect a nearby geothermal plant. Officials shut down Puna Geothermal shortly after the current eruption began.

Earlier this month officials removed a flammable gas called pentane from the plant to reduce the chance of explosions.