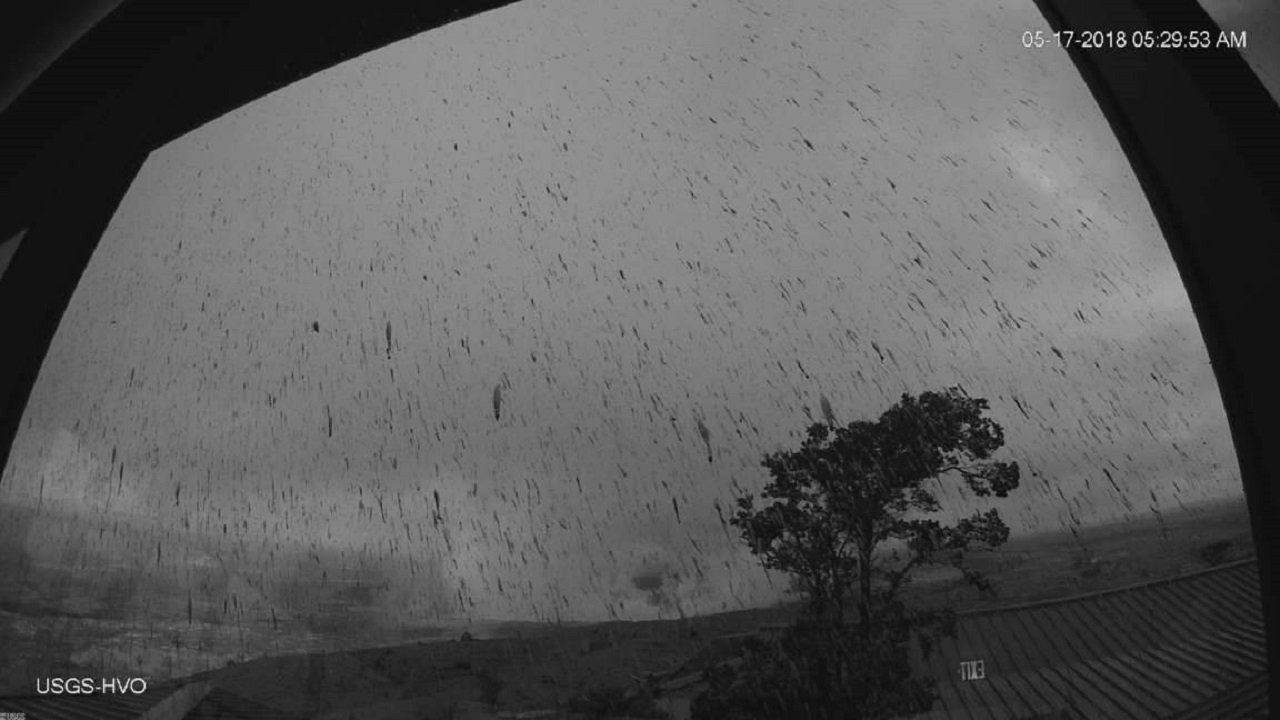 (Image: AP: Photo from US Geological Survey shows a view of the ash plume raining down on 17 May 2018)

Hawaii's Kilauea volcano erupted from its summit before dawn on Thursday, shooting a plume of ash about 30,000 feet (9,100 metres) into the sky.

The explosion came about 06:00AM after two weeks of volcanic activity that included the opening of more than a dozen fissures that spewed lava into neighbourhoods. At least 26 homes have been destroyed.

The explosion probably lasted only a few minutes, and the ash accumulations were minimal, with trace amounts expected near the volcano and in the town named Volcano, said Mike Poland, a geophysicist with the US Geological Survey. 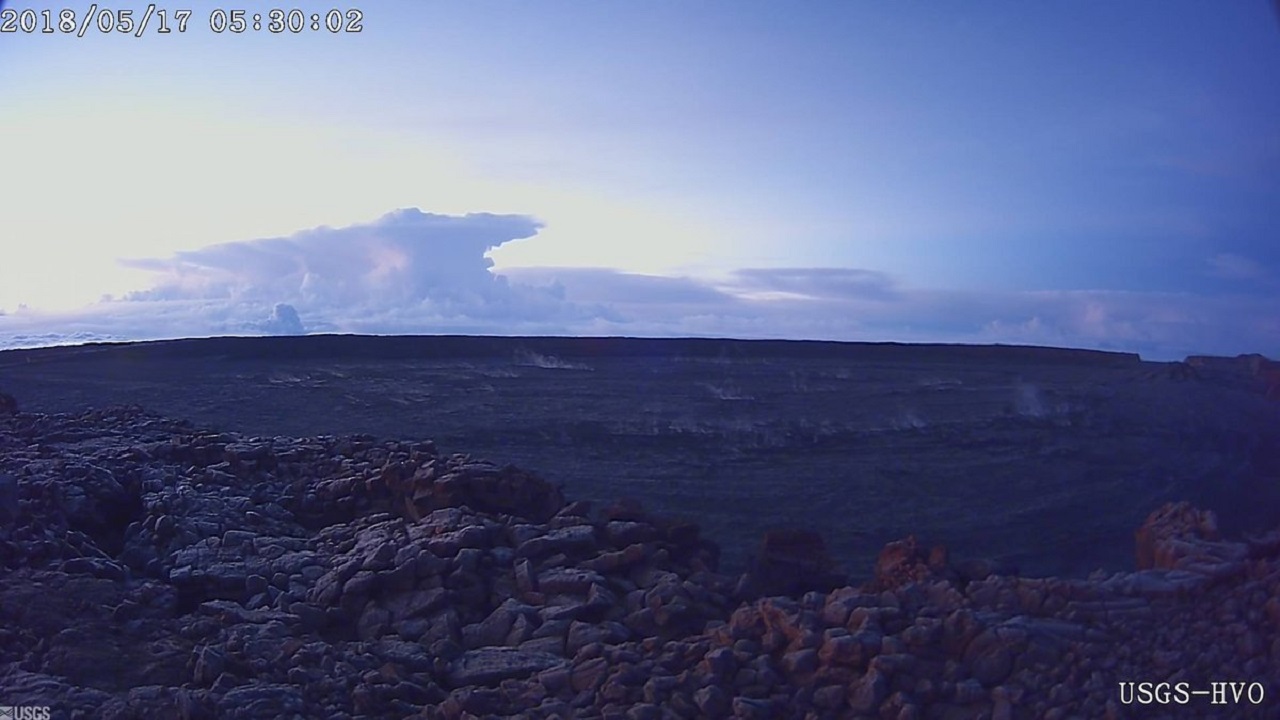 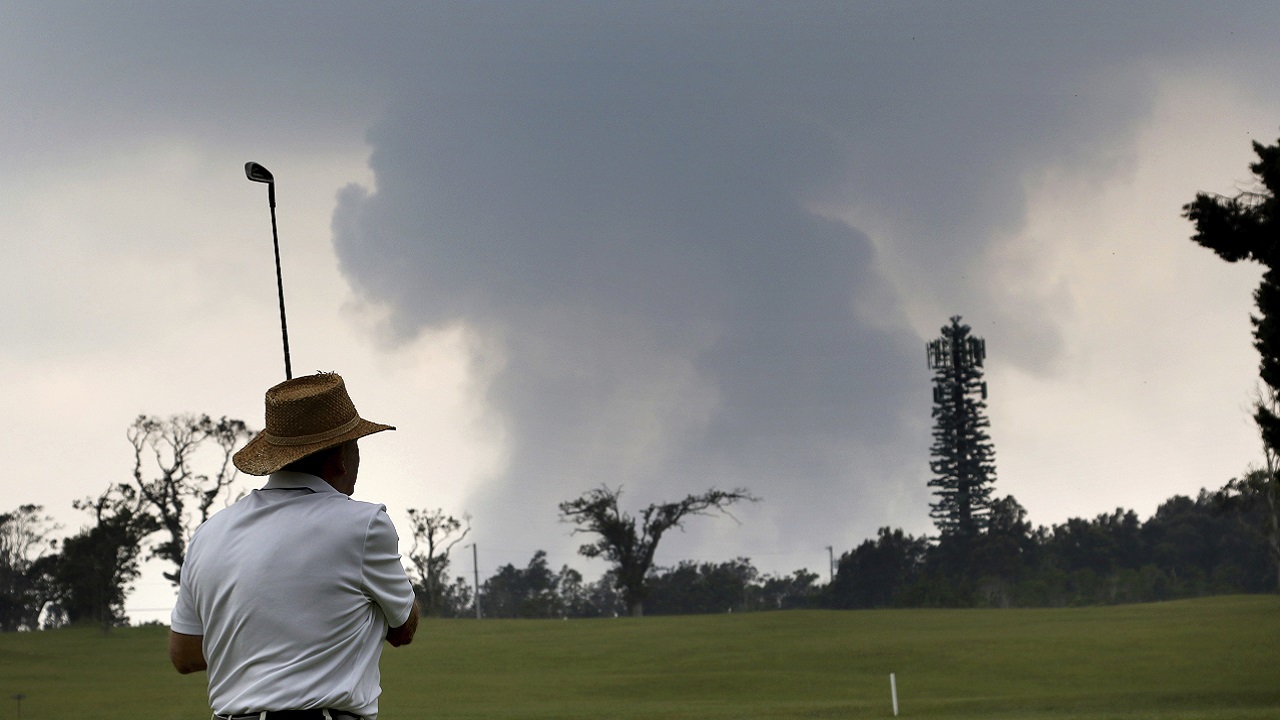 (Images: AP: First photo from USGS shows the ash plume rising above Kilauea, the second shows a man golfing as ash rises in the distance)

The crater sits within Hawaii Volcanoes National Park, which has been closed since May 11 because of the risk of a more violent eruption. Officials have said the eruption isn't likely to be dangerous as long as people stay out of the closed park.

Kilauea is one of the world's most active volcanoes. An eruption in 1924 killed one person and sent rocks, ash and dust into the air for 17 days.

Scientists warned on May 9 that a drop in the lava lake at the summit might create conditions for an explosion that could fling ash and boulders the size of refrigerators into the air. Geologists predicted it would mostly release trapped steam from flash-heated groundwater released as though it was a kitchen pressure cooker. Communities a mile or two away may be showered by pea-size fragments or dusted with non-toxic ash, they said.

The volcano has been erupting continuously since 1983. It's one of five volcanoes on Hawaii's Big Island, and the only one currently erupting. 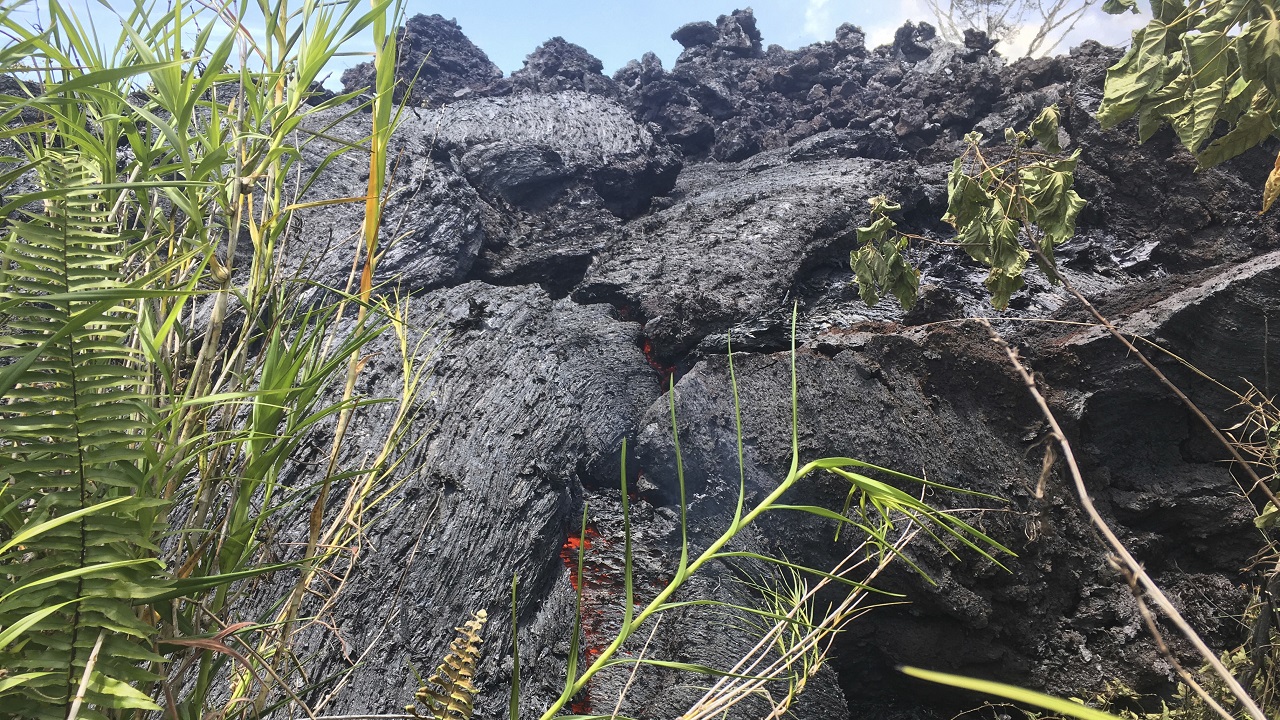 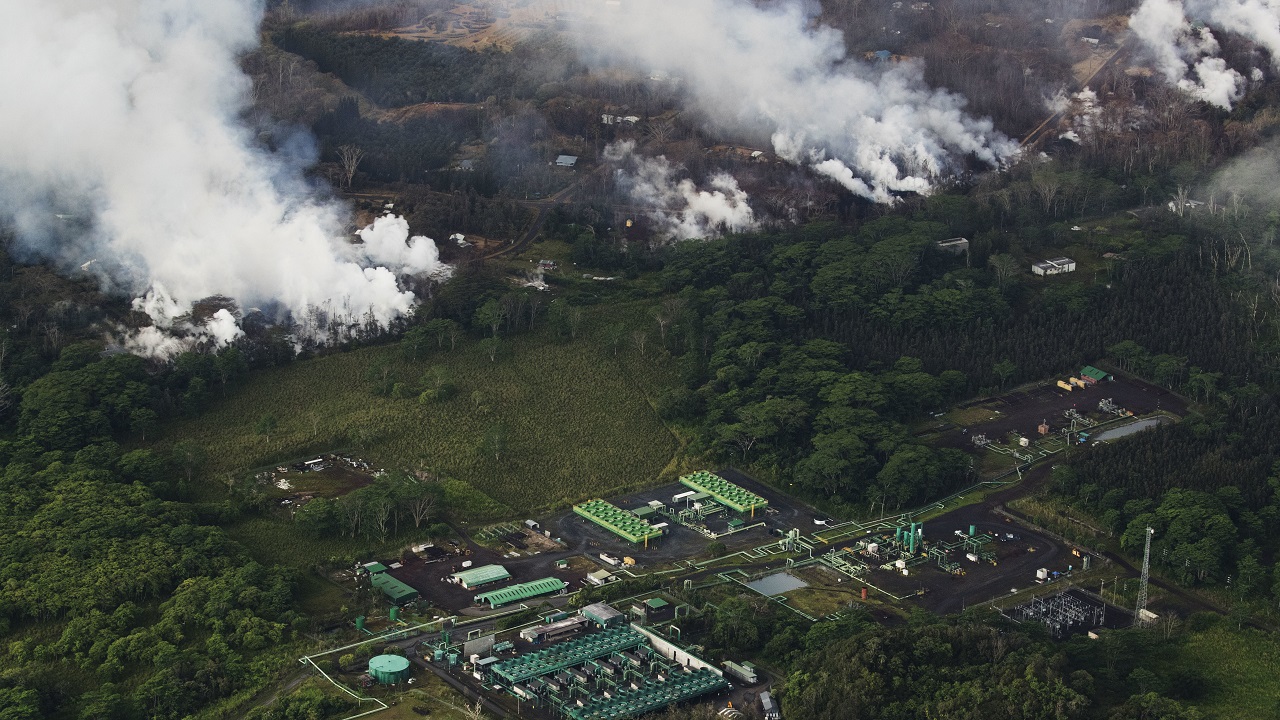