Hazard comes to Chelsea's rescue vs Roma but Conte unhappy 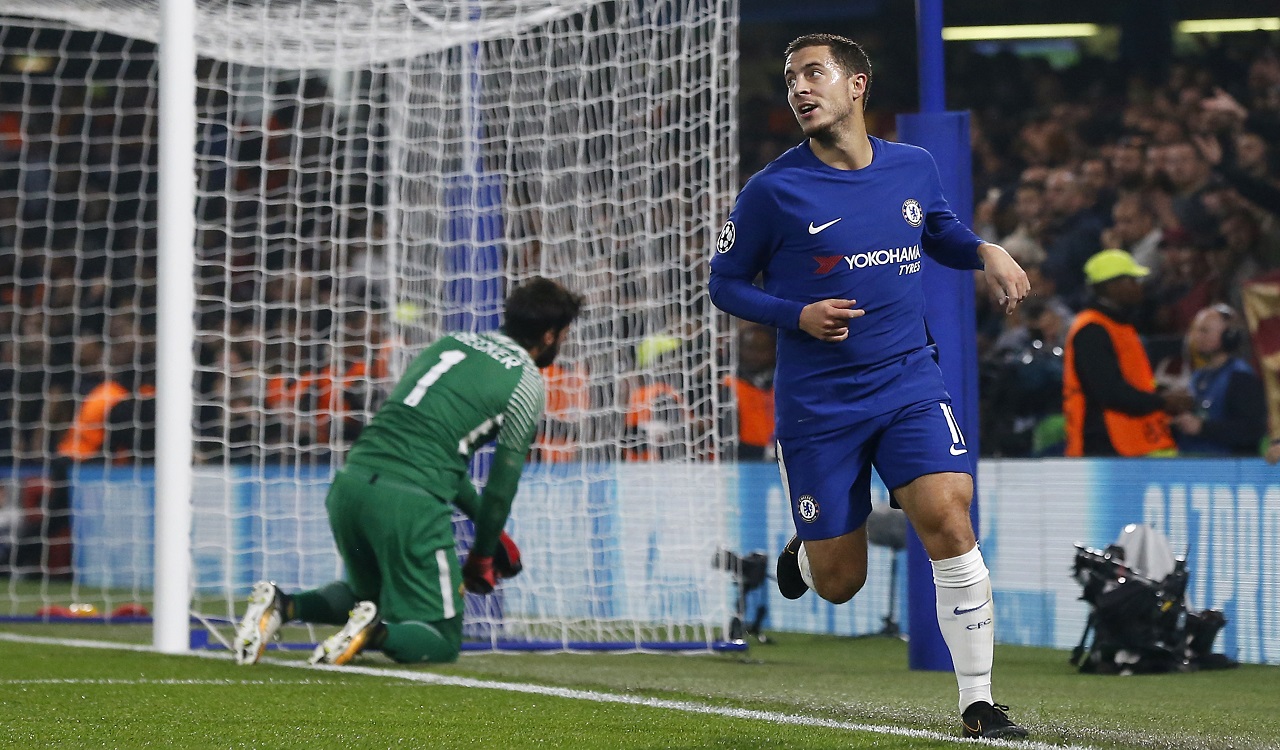 A two-goal lead against Roma was established and then squandered in the Champions League on Wednesday. A 3-3 draw was recovered but Chelsea's susceptibility were exposed, just as they had been in losing their last two Premier League games to high-flying Manchester City and struggling Crystal Palace.

"We gave up too much tonight in terms of ball possession," said Conte, who is in his second season as Chelsea coach. "I go home tonight not being happy ... I didn't like the type of football we did for a long part of the game."

After Edin Dzeko's double had briefly put Roma in front, Eden Hazard headed in his second of the night in the 75th minute to keep Chelsea two points clear of the Italian side at the top of Group C. Atletico Madrid are three points further back after being held 0-0 by newcomer Qarabag, which earned their first point in their third game.

"It was a good result for both teams, but when you are 2-0 up at home you must win the game," Hazard said. "One point is enough today after two defeats, it's not easy to bounce back against a great team but we did."

Chelsea had made a blistering start at Stamford Bridge with David Luiz curling a shot into the bottom corner after 11 minutes. The lead was preserved by goalkeeper Thibaut Courtois' right boot denying Radja Nainggolan from close range and Chelsea extended its lead in the 37th.

When Roma conceded possession in the Chelsea half, Hazard used his pace to launch a counterattack. Alvaro Morata was released down the left and the striker weaved through the defense before a deflected shot landed at the feet of Hazard, who was primed to sweep the ball into the net.

Roma pulled one back five minutes before halftime when Aleksandar Kolarov ran onto his own pass past Cesar Azpilicueta and struck past Courtois.

And it was another former Premier League winner with Manchester City player on the scoresheet on his return to England in the 64th when Dzeko unleashed a first-time volley through Courtois' arms after being set up by former Tottenham defender Federico Fazio.

Courtois was beaten again by Dzeko six minutes later as Kolarov and Dzeko combined. Dzeko darted into space between Chelsea defender to meet Kolarov's free kick with a header.

But Hazard came to Chelsea's rescue when headed in Pedro Rodriguez's cross and the hosts clung on for the point while giving manager Conte more concerns about his side's defensive sturdiness.

"I think we suffered with possession, it wasn't easy in the first half despite (the fact) we scored two goals," Conte said. "The change of the system, it wasn't good but when you are in a difficult situation you have to change sometimes, to improvise. I think in the second half we changed, we came back to 3-4-2-1 and the situation changed."

PSG beat Anderlecht 4-0 to keep lead in Group B