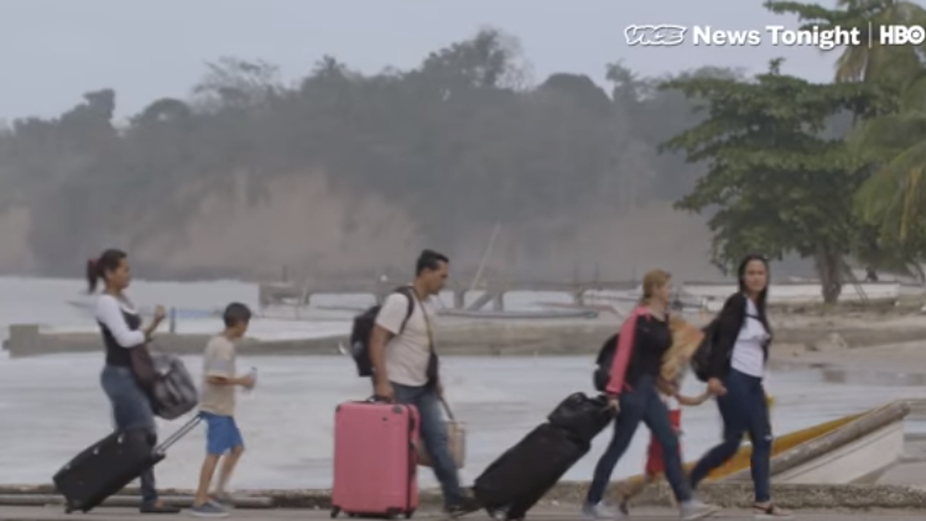 Trinidad and Tobago is once again the subject for a VICE News feature which focused on the country's handling of the current Venezuelan refugee crisis.

The feature, entitled 'Trinidad and Tobago is ignoring its Venezuelan refugee problem' was posted on YouTube on Friday, but originally aired on February 28 on VICE News Tonight on HBO.

The segment's host interviewed both Trinidadians and Venezuelan refugees about the current state of affairs. Kelly Langdon-Pascal is a school teacher from Cedros who runs a school for special needs children and has allowed a few Venezuelan children to be enrolled and attend school for free.

"I have never seen this amount of people coming into the country hoping to make a new life or at least to try to stay above board, and to be able to help their families back home," she said.

One asylum seeker compared the quality of life between Trinidad and Venezuela, stating, "A day’s work in Trinidad is enough to buy food for breakfast, lunch, and dinner. With the minimum wage you get in Venezuela, you can’t even buy breakfast.”

Councillor for Cedros, Shankar Teelucksingh, has described the government's response to the refugee crisis as poor, "I have lobbied to various NGOs from through the Ministry of National Security to the Ministry of the Attorney General's Office and even to the extent of the Prime Minister's office to have international agencies come and set up their base camp to lend humanitarian aid to the Venezuelans so it would be a faster process...and all they care about is their gas deal."

Earlier this week, Minister of National Security Stuart Young announced a proposal that will allow Venezuelans to register with the National Security Ministry through the Immigration Division and work for a period of one year. The proposal is meant to be brought before Cabinet for consideration at its next sitting.

Trinidad and Tobago was previously the subject of VICE News in 2014 with their segment, 'Corruption, Cocaine and Murder in Trinidad'. The mini-documentary premiered shortly after the murder of attorney and former senator Dana Seetahal and quickly went viral, with over 4.5 million views on YouTube. Inspector Roger Alexander served as a guide for the host as they dug deeper into rampant gang violence, drug trafficking, and corruption.