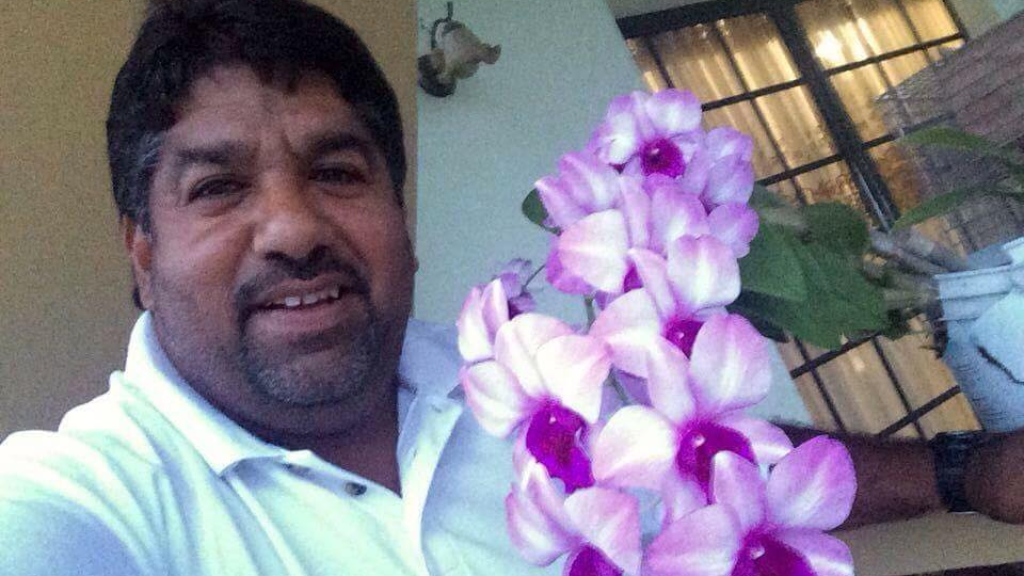 Photo: Garvin Ramdial passed away after he fell ill on Tuesday night near the St James Hospital. Ramdial was the owner of Garvin's Performance Shop in St James.

One eyewitness slammed health officials after he said they refused to help a businessman who drove himself to the St James Hospital and crashed after experiencing what appeared to be a medical emergency.

Police suspect that Ramdial may have had a heart attack, however, an autopsy has been ordered to confirm this.

Garvin Ramdial, owner of Garvin's Performance Shop in St James, was driving along the Western Main Road, St James, when he lost control of the vehicle near Coronation Street, which is near to the St James Hospital.

Ramdial’s car hit two other vehicles before coming to a stop. Persons who rushed to his aid said that they saw him clutching his chest.

The man, who said he took his daughter to hospital after she injured herself in a fall, related via a social media post what unfolded just after 8:00 pm on Tuesday night.

The witness said Ramdial seemed to be having a medical emergency and pleaded with three nearby health workers to assist him. However, he said they refused, saying there is 'a system' in place.

"I heard a collision in front the hospital, people were shouting send an ambulance, it looks like a driver is having some sort of medical emergency.

"I went closer to the hospital fence to see a man with his head back choking and one or two bypassers trying to help him. Within a minute St James police officers arrived and called for an ambulance.

"By this time the nurse that was attending to my daughter ran out asking what was going on. I told her they need an ambulance. She ran back inside trying to call somebody.

"There were three employees from Northwest Regional Health Authority with an ambulance refusing to assist a dying man. I begged them as humans to have some compassion and at least try and help. They flat out refused to help they told me they work with a system and they can't just pick up a man because he's dying and he is metres away from the hospital entrance."

"They stood up there while I told them over and over that "Their System" did not work! By this time a police officer jumped into the left side of the CRV and drove it into the hospital. Two of them dragged him out an onto a stretcher," the witness said.

The source said that he felt helpless in the face of the response from the health workers.

"Feeling helpless, I turned to the three blind mice an let them know that their system just failed. Because of their attitude, a man just died right in front of a hospital. love for another! Everyone who witnessed this scenario including the security agreed with me, Northwest Regional Health Authority failed to help a dying man," he said.

The NWRHA said it is investigating the incident and will be responding in due course.

More as this story updated.

NWRHA: No obligation to renew contracts for medical officers