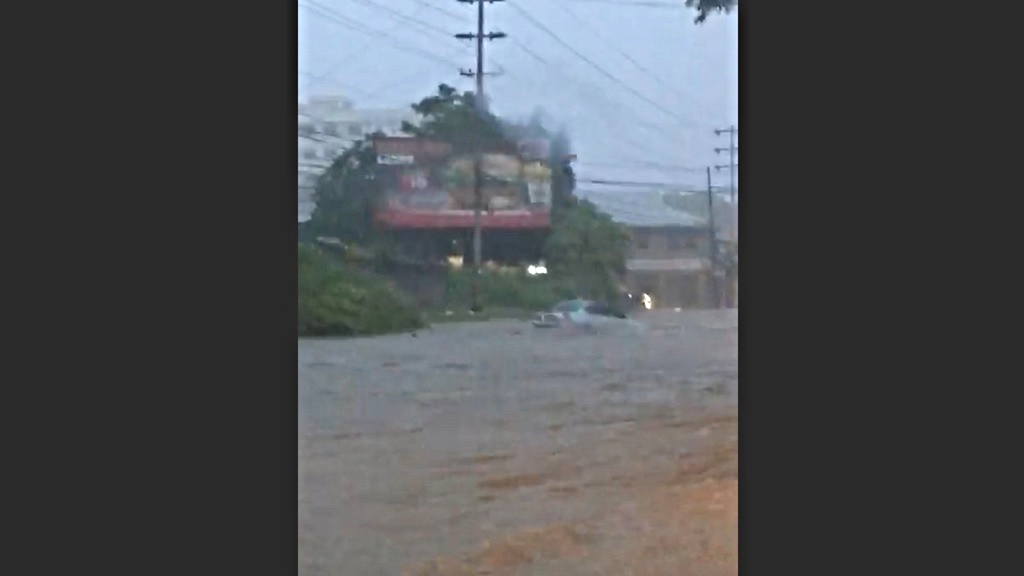 Citizens reported heavy rains in North Trinidad including Port of Spain St James, Petit Valley, Diego Martin and environs, East Trinidad, including Trincity and Arouca, and parts of Central and South Trinidad such as Couva and San Fernando.

According to updates from the Office of Disaster Preparedness and Management (ODPM) on Sunday, flash flooding was reported in

- Port of Spain in the vicinity of Powergen

- Along the Solomon Hochoy Highway in the vicinity of Claxton Bay.

- Behind Trinrico in Reform Village.

According to reports at 6:30 pm, the river was beginning to overflow its banks near Sinai Street in Petit Valley.

Water was also seen collecting along parts of the Sir Solomon Hochoy Highway near Claxton Bay, as well as along the Eastern Main Road near Champs Fleurs.

The ODPM urged drivers to exercise caution when driving on wet roads.

"The Office of Disaster Preparedness and Management (ODPM) urged drivers to exercise caution along wet roads and to prepare for possible flash flooding during the rainy season. Reduce your speeds on the wet roads! SLOW DOWN!

Speeding on wet roads and in rainy conditions can affect a driver's ability to control his/her vehicle. Rainy conditions are also directly associated with higher accident rates. Be cautious…Slow Down," the ODPM said.

The public is reminded to secure property and to prepare for flash flooding in flood-prone areas, as well as keeping the following municipal corporation numbers handy:

Did you experience heavy rains and/or flash flooding? Let us know in the comments.