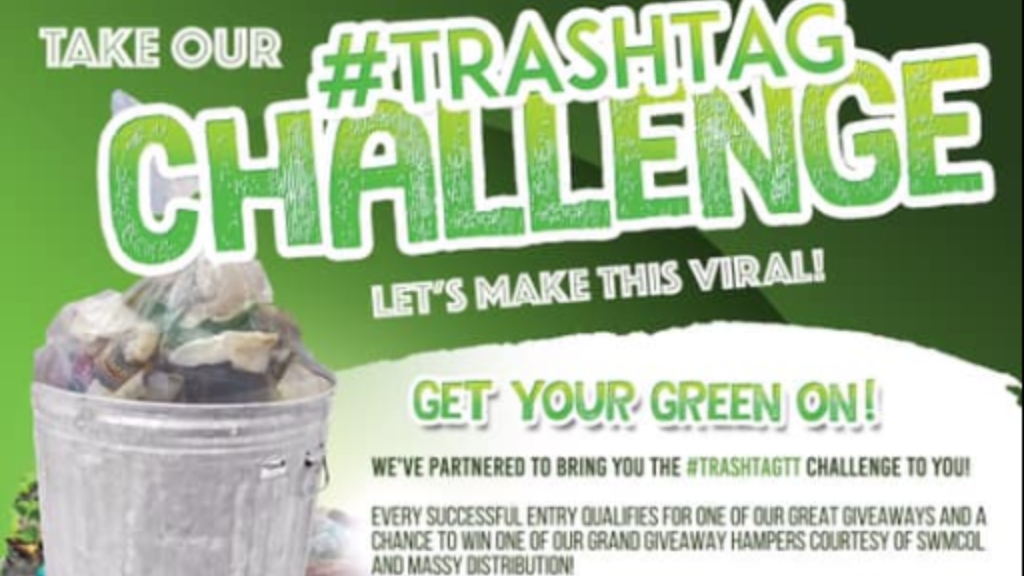 The Trash Tag Challenge is social media's newest trend the world over (and probably the most impactful) and Hello Green wants Trinidad and Tobago to get in on the action.

The Trash Tag Challenge is a simple one: get participants to help protect the environment. All participants have to do is take a picture of an area that has accumulated a lot of trash, clean up the area and then take another picture displaying the transformation.

Hello Green founder, Vandana Mangroo is hosting a Trinbagonian version of the Trash Tag Challenge. She was attracted to the idea because according to her, it's a challenge that anyone can do.

"It doesn't require a big group of people or a network, it's not a part of an organised cleanup, which is what we're accustomed to. One or two people can come together anywhere they see trash in their community.  It's really meant to show people that individually they can make a difference.

"We also want people to feel as though they're taking charge of their country. We're not saying that this is the only solution, we're just trying to demonstrate that we're responsible for our own actions as well."

Although it's a challenge, every participant will get a prize. Mangroo stated that the prizes are intended to be more of a 'thank you' token for participation. The competition ends on Sunday, April 21 and grand prize winners will be announced on Earth Day on Monday, April 22.

The initiative is a partnership with Hello Green, IAMovement, Massy Distribution, SWMCOL, with the EMA, iCare and the Green Fund just recently coming on board. Several other organisations have also shown their support including New Fire World, Lola's Food Company, Madame Maharaj School of Cosmetology, Chef Mic's Food Truck, and Bite Me Delivery, to name a few.

When asked about if she's noticed a shift in the mindset when it comes to doing our part to protect the environment, Mangroo stated, "Projects like these have made me realise that people want the information but they just don't know. Many people we've spoken to over the last few years have admitted they didn't know the issues were so bad and more inclined to do something about it. There definitely has been a shift in the mindset."

"We really want people to go out there and take part in the challenge, we have some really awesome prizes. But more than that, we want them to get involved and take charge of their own surroundings and environment."