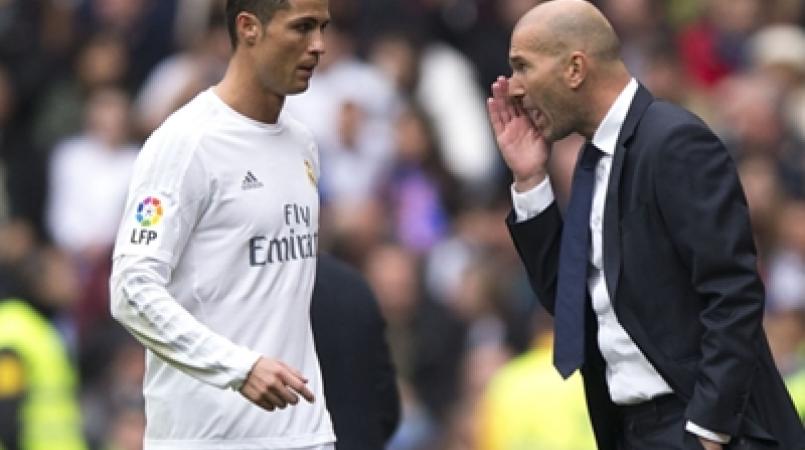 Ronaldo is in "very good nick" and that is pleasing Zidane

Real Madrid coach Zinedine Zidane praised Cristiano Ronaldo for his form after his side closed in on the LaLiga title.

Ronaldo scored a brace as Madrid claimed a 4-1 win at Celta Vigo on Wednesday, moving them three points clear atop the table.

He broke yet another record, becoming the all-time leading goalscorer in the top five European leagues.

Zidane hailed the Portuguese forward, who has scored 13 goals in his past eight games.

"He's feeling great and he's shown it again here. He has put in a massive shift and worked really hard defensively too," he said.

"You can tell from the way he's playing that he's in very good nick.

"For a long time now we've been saying that the team is in good shape physically and today they've proved that."

Madrid only need a draw from their final league game of the season at Malaga on Sunday to secure a first LaLiga crown since 2012.

Zidane urged his team to continue pushing ahead of their trip to the Estadio La Rosaleda.

"There's still one game to go and we have to get something out of it. We must continue on in the same vein because the title race isn't over just yet," he said.

"It was important for us to win and we're really pleased with the three points.

"It all comes down to the final game and it'll be tough, just like tonight's game."

Ronaldo so good he could play anywhere - Zidane