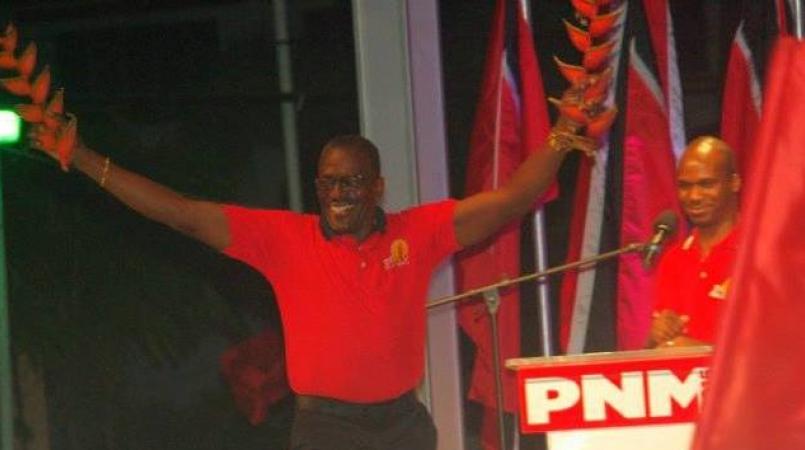 Oropouche East MP Dr Roodal Moonilal is calling for the firing of National Security Minister Edmund Dillon after a High Court Justice found that his decision to appoint an acting SSA Director in 2015, was illegal and ultra vires.

Justice Margaret Mohammed delivered the ruling in the High Court on April 16.

Dennie claimed he was wrongfully terminated in December 2015 for inquiring into the legitimacy of the post of then SSA Director, Matthew Andrews.

Andrews issued memorandums on November 19 and 26, 2015, to all members of staff as "Interim Director of the SSA".

Dennie emailed Andrews on December 3, 2015, to inquire into his functions and on what basis of authority he had been appointed as the "Interim Director". He informed him that unless he could confirm his post, he was left with no option but to follow the instructions of the "duly appointed Deputy Directors" who in the organizational structure of the SSA were his immediate supervisors.

The SSA is legally allowed to intercept personal communications between persons suspected of criminal activity. The SSA is led by a Director who answers to the National Security Minister and is appointed solely by the President.

As he sought answers, Dennie was summoned to a meeting by Andrews where he was told that his email was an act of gross insubordination.

Dennie explained that the intent of his email was not to be insubordinate but that he was concerned that unless an appointment was made, anyone purporting to exercise such power could be acting illegally with serious legal consequences.

Andrews did not produce any instrument of appointment to Dennie despite his repeated requests. Dennie was terminated shortly after the meeting which led him to request copies of all instruments of appointment and revocations of SSA Directors from the year 2009 through a Freedom of Information Act (FOIA) Application.

A response from the Ministry revealed that Andrews was not appointed as Director until November 27, 2015. Bisnath Maharaj was terminated from the post on November 13.

In a second FOIA application, Dennie requested the following:

1 Copies of any Instruments of any acting appointments to the post of Director of the SSA from November 1st, 2015 to January 31st, 2016;

2 Copies of any letters and/or correspondence signed by Mr Andrews during the period 13th-26th November 2015 for and on behalf of and or within the SSA with any confidential and/or exempt information deleted showing clearly the capacity which Mr Andrews signed those letters;

3 The name of the officer who was in charge of the SSA during the period 13th - 26th November 2015, his job title during this time and a copy of his letter of appointment or other documents which authorized him to act or operate in such a capacity;

4 A copy of any letter(s) of appointment for Mr Matthew Andrews to assume the position of "Interim Director" during the period 13th November 2015 – 27th November 2015;

5 The number of interceptions of private communications authorised or continued in accordance with the provisions of the Interception of Private Communications Act during the period 13th – 26th November 2015;

6 The number of intercepts which were undertaken and authorized by the SSA ( as opposed to the Chief of Defence Staff or the Commissioner of the Police) during the period 13th November 2015 to the 31st January 2016.

Dennie also requested through a third FOIA Application, copies of any cabinet notes and/or decision in relation to the appointment of Andrews to the post of "Interim Director" of the SSA during the period 13th November 2015- 26th November 2015.

The Minister responded to the Second FOIA Application by letter on October 6, 2016, and the Cabinet responded four days later, acknowledging receipt of the Application and noting that the matter was receiving attention.

No further response was provided.

The court found that the decision of the Minister "to hand over duties and all associated responsibilities" (sic) of the Director of the Strategic Services Agency to Mr Matthew Andrews, Director of Criminal Intelligence is illegal and ultra vires.

Justice Mohammed also declared that the Minister breached his statutory duty under section 15 of the Freedom of Information Act (FOIA) to take reasonable steps to enable Dennie to be notified of the approval or refusal no later than 30 days after the request was made.

The SSA's decision to deny access to the information requested by Dennie was quashed. The Minister is thereby urged to reconsider same with respect to section 35 of the FOIA and come to a decision within 21 days from the order.

The parties will be heard on the question of costs.

PM responds on Dillon: I can’t act on speculation

'No finding of wrongdoing' against Dillon in US civil lawsuit