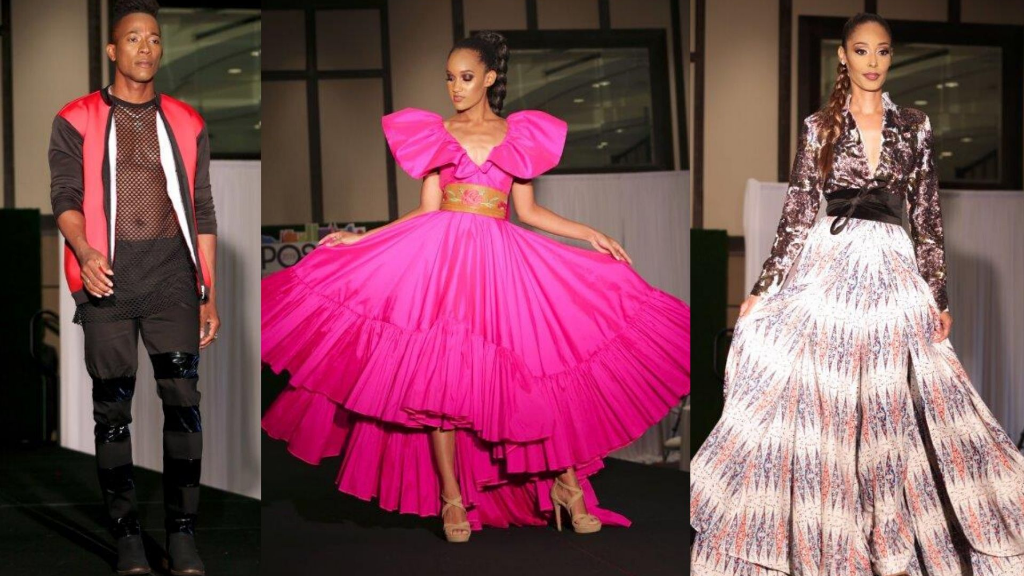 High fashion ruled the runway on Sunday, November 10 at the Port of Spain Fashion Week High Fashion Brunch, with all eyes and lenses squarely focused on an impressive range of collections featuring exquisite gowns, bespoke suits, and show-stopping resort wear.

The event was one of several that comprised the POS Fashion Week, which took place from November 8-10, 2019 and was hosted at the Trinidad Hilton and Conference Centre.

The High Fashion Brunch sought to present Trinidad and Tobago’s couture designers with an opportunity to showcase their work, according to POS Fashion Week’s PR & Media Promotions Manager, Crystal Cunningham.

Ramroop presented his collection, Sartorial Art, which featured a series of impeccably tailored men’s suits. In what can best be described as wearable art, the award-winning tailor used creative combinations of vintage and modern cuts and applied an inventive mix of prints and textures to create a striking line that wowed the audience.

In stark contrast to Ramroop’s men’s line, Former Miss T&T World, Sarah Jane Waddell turned up the heat with her latest line of swimsuits and Monday wear. SJW Designs proudly revealed Strut, a chic collection of daring bikinis and sexy monokinis with the brand’s iconic detailed gem work. Waddell’s designs were enough to make attendees sit up and take notice but it was a dazzling, patriotic red, black and white bejewelled number that stole the show.

Representing for urban menswear were Marlon George and Cournelius Hector of D.A.W.W Creations. Their collection, Blazing Blazer, featured sharply tailored trousers and blazers in their signature mix of statement prints and bold solids, the likes of which have been worn by regional personalities including Machel Montano, Voice and Beenie Man.

The event was attended by buyers and bloggers, as well as general fashion enthusiasts and by all accounts, the designers were pleased with the production.

Cunningham believes showings like this serve to fuel the growth and reach of Trinidad and Tobago’s fashion landscape. “It’s an exciting time for T&T’s fashion industry,” she said, “And with institutions like the Caribbean Academy of Fashion and Design, we can expect to see more fashion and design talent emerging in T&T.”

According to Cunningham, “We have all the right ingredients, now it's up to us to continue to support our local designers. Buy local, help them increase their retail production and in so doing, stimulate their output and the multiplier effect of that is a burgeoning downstream industry of stitches, seamstresses, patterning, tailors and the like.”