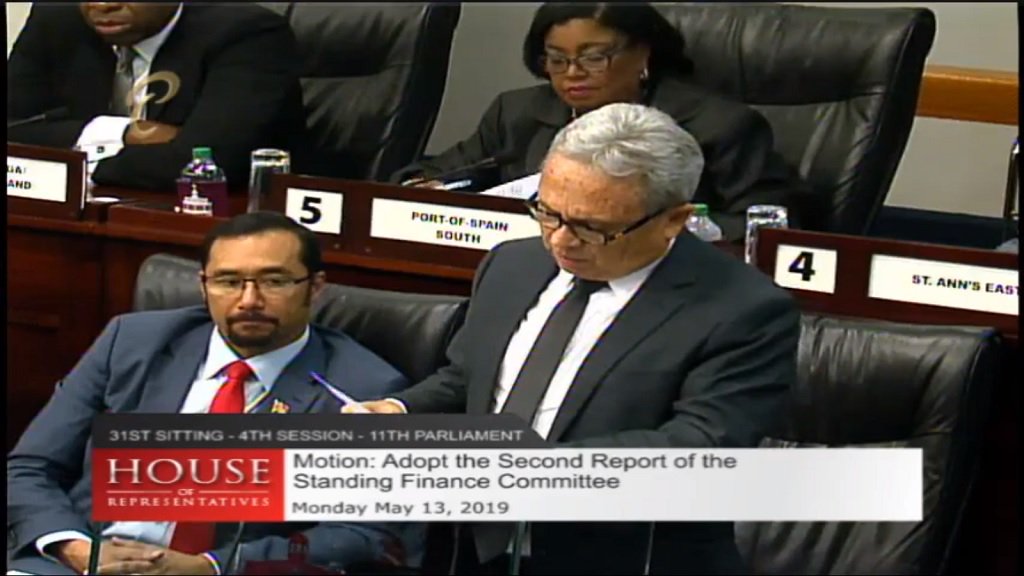 Finance Minister Colm Imbert has presented the Mid-Year Budget Review in the Parliament which has seen revised estimates due to an increase in revenue for the first half of 2019 and supplemental appropriations for a number of ministries.

The Minister addressed a recent announcement by bpTT that it may not be able to guarantee a continued gas supply for Train 1 of the Atlantic LNG plant, as well as oil and gas production, benefits for former Petrotrin employees and updates on several major infrastructural projects scheduled to be completed by 2020.

Here are some highlights of the Finance Minister’s mid-year review:

Judiciary: $57.68M additional for salaries, arrears of salaries and vacancies, and rent arrears

Services Commission: $3M for security services, and assessment of senior officials in the public sector

Office of the Prime Minister: $12M for operational costs of Children’s Authority

Ministry of Finance: $709M for reimbursement of Infrastructure Development Fund

Comptroller of Accounts: $18M for pensions and gratuities

Ministry of the Attorney General and Legal Affairs: $50M for legal fees

Ministry of Public Utilities: $200M for outstanding payments to Desalcott

Police Service: $75M for salaries and allowances for officers, utilities, rent, equipment acquisition and other bills

Ministry of Foreign and CARICOM Affairs: $1.6M for minor equipment, $4.42M for refurbishing T&T’s Embassy in Washington and the High Commission in London.

Ministry of Communications: $10M for TTT for live broadcasts

Ministry of Housing and Urban Development: $48M for payment of contractors for refurbishment of HDC apartments for the Housing and Village Improvement Programme and works in greater Port-of-Spain

Imbert announced a three-month tax amnesty commencing mid-June 2019 and extending to mid-September 2019. The amnesty will allow the soon to be established Revenue Authority to start with a clean slate.

The Minister said the amnesty will extend to all forms of taxation and appropriate legislation to give effect to this measure will be introduced in this House within the next few weeks.

Taxpayers are urged to take advantage of this amnesty, file their outstanding returns, and pay their back taxes, because once the new Revenue Authority comes on stream, future amnesties are unlikely.

The Minister said the resumption of refining operations at Point-a-Pierre could take place by December 2019, since a number of strong proposals for the reopening of the refinery are expected.

The Caribbean Gas Chemical Methanol to Dimethyl Ether Plant is expected to come on stream later this year.

Moruga Main Road: Being comprehensively rehabilitated with scheduled completion in 2020;

Preparation for the construction of a new modern airport terminal building in Tobago: Construction work scheduled to commence in December 2019, with practical completion by early 2021.

Sangre Grande Hospital and the reconstruction of the Port of Spain General Hospital Central Block: At early stages of work commencement,

A land distribution programme is expected to come on stream soon for eligible former employees of Petrotrin, which will involve ownership of residential lots and access to agricultural sites with associated financial support