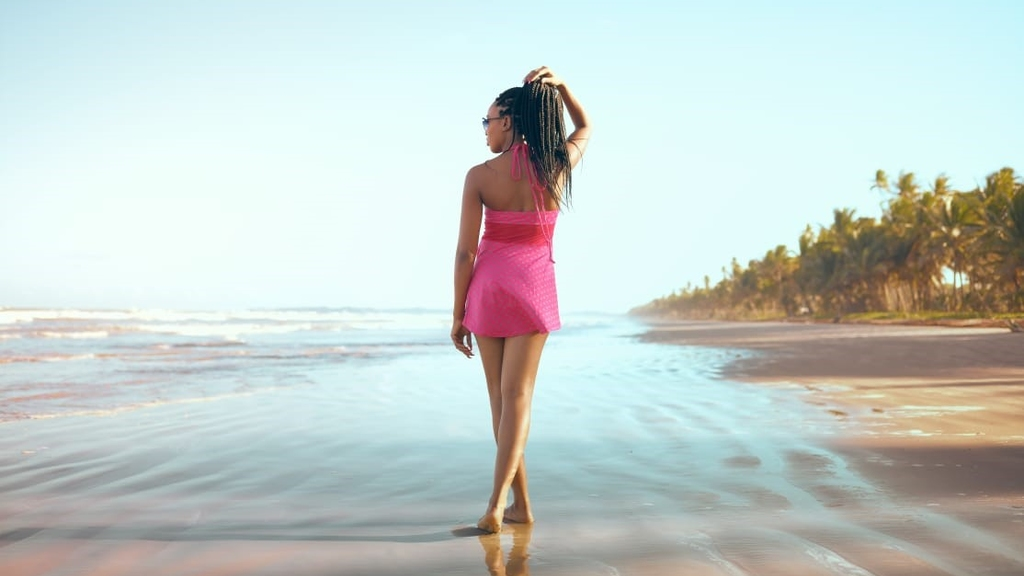 There are many women who love to spend sunny days at the beach or in a pool but refrain because they don’t like showing off their bodies in public.

Trinidadian native Khadija Glasgow is one of those women.

Growing up in a Christian home, she said she has certain socialisation principles that make her uncomfortable showing off her body in public.

As an educator, she bristled one day when she wore a bikini to the beach and saw some of her teenage students on the beach.

She stayed in the water until dark and vowed that day to always be comfortable when she goes to the beach.

The Cicily brand was born.  The brand is conservative swimwear for those looking for that option. 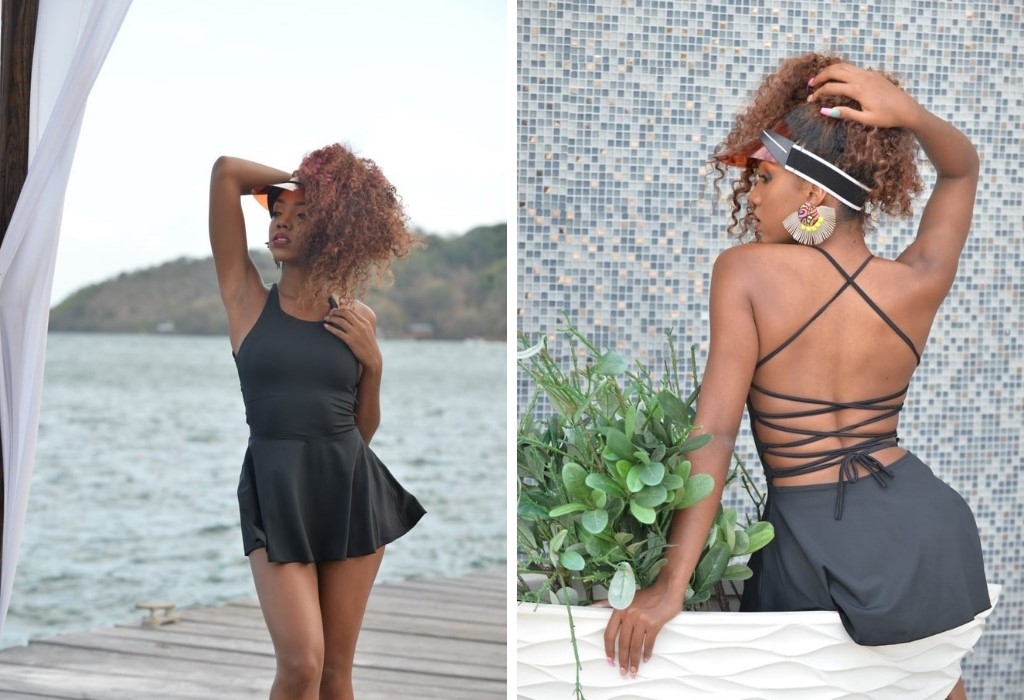 “I made a swim dress and I went down the islands and everyone thought it was so chic. One of my friends, actually my mentor, he and I were talking and I said I am really thinking about the swimsuit thing and he said okay so why am I not seeing sample yet. I said I was scared because I don’t know how much of a market there is for modest swimwear. He said his wife would wear it, Christian women would wear it. He said it is a solution to a problem and that is when I realised I am on to something. This was about four years ago,” Glasgow recalled.

The first collection under Cicily, which is Glasgow’s middle name, is For My Girls.

“The designs and concepts cater to the girls who still believe conservative or modest are still beautiful. I’m not judging people who choose to expose their bodies, my swim line is just an option for women like me who choose to have decent coverage,” said Glasgow

With the tagline Confidently Cicily, her swim line is described her brand as playful, smart and edgy. 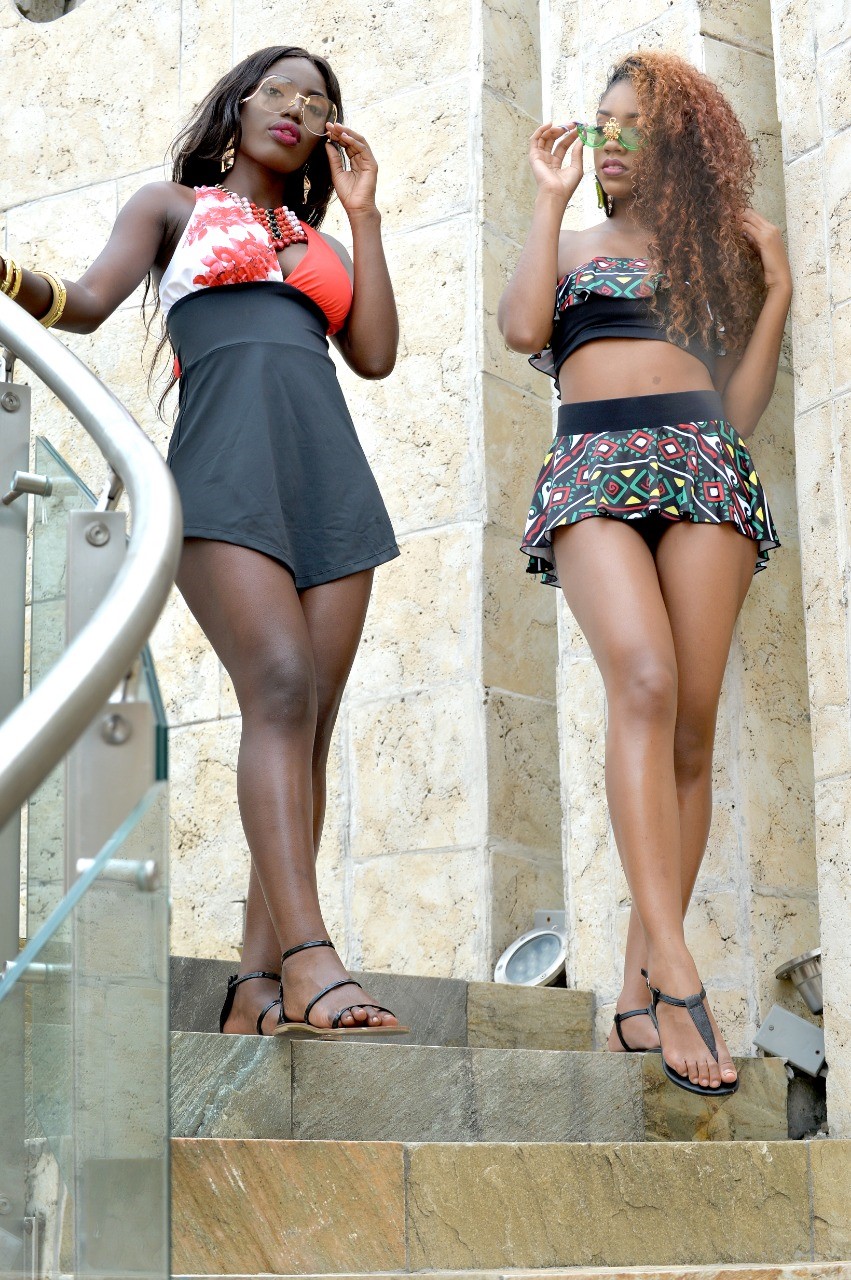 The Charen is a pretty pink polka dot number while the Sweet Trini Gyal makes you beach ready in patriotic colours.

The swim dresses range in sizes from extra small to large. Plus sizes are available on order.

The swim line is Glasgow’s first foray into fashion even though she has hosted many fashion events.

One of them was the Trinidad and Tobago Fashion Week in 2017 where she was able to sit down in workshops for the designers hosted by fashion consultant Ray Wong.

She told Wong of her idea for a swim line and he encouraged her to do it. First, she needed to create a visual of her ideas. 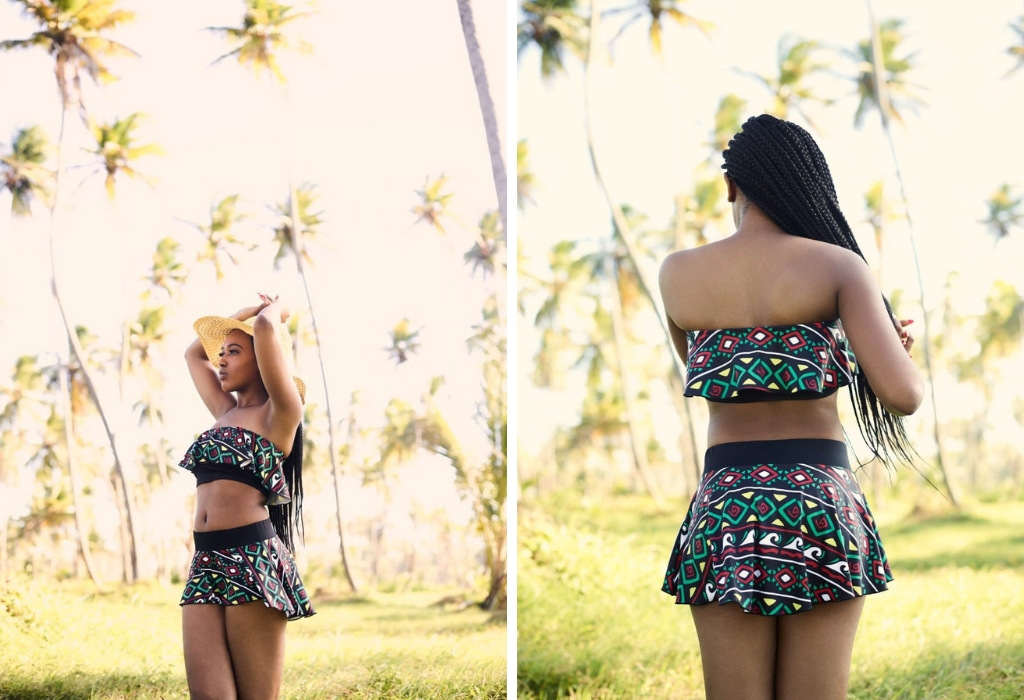 “I used to fail art class and if you see me sketching and trying to put something together. They looked terrible. I called a neighbour who was an art student and asked him to fix up the drawings. He cleaned it up a little and I called Ray and I said I have the designs. I sent them to him and he guided me through the process of getting cards,” she said, admitting that at that point she didn’t understand anything he was talking about.

Wong offered the services of his company but Glasgow couldn’t afford it.

As she revels in her achievement, Glasgow said she remembers her very first sale at a pop-up shop when a woman initially ordered a Sweet Trini Gyal but ended up taking The Jillian. The woman’s sister bought the Sweet Trini Gyal which she loved.

“I was almost in tears because of the responses of these ladies in their swimsuits. The following week a full aged lady put on the Charen and said ‘this is me’. These reactions made me realise, yes Khadija, you are the solution to a problem.”

To find Glasgow’s swim dresses, check her out online on Facebook and Instagram at Cicily Swimline or in T&T at SA Lounge in Arima and Shoeaholics in Port Mall, Tobago and she will be at the Pop Up Shop on St Vincent Street, Port-of-Spain this Saturday.

These Caribbean Beaches are among the Top 50 in the world

Tobago’s top 10 beaches, according to Tripadvisor