Turning passion into philanthropy: It’s the love of the game

Sponsored By : The Scotiabank Foundation
Loop News
Created : 12 May 2017 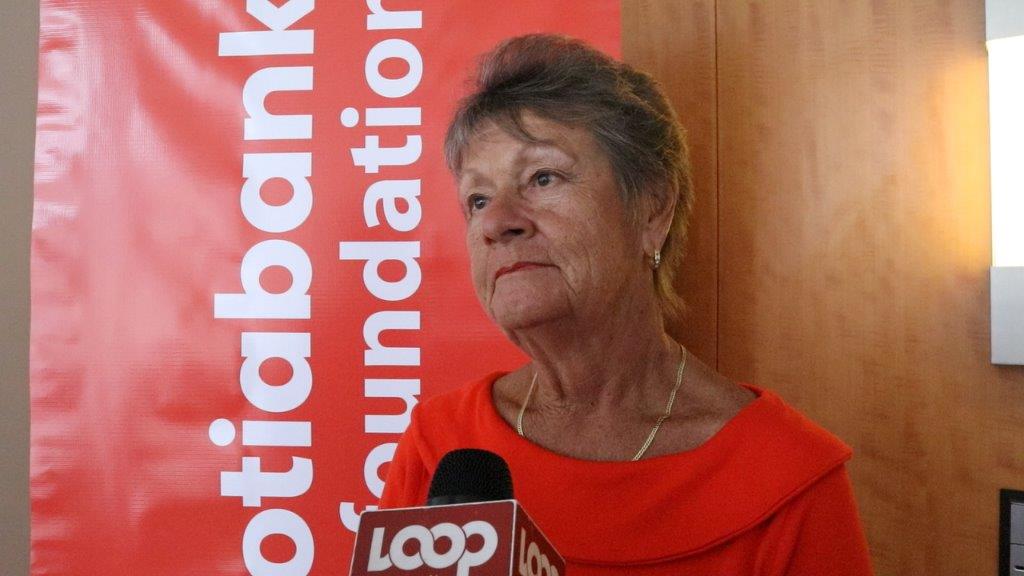 Angela Hodgkinson’s passion for golf started many years ago, and little did she know that this passion would be the spark that helped make a difference in the lives of thousands of women across Trinidad and Tobago.

Hodgkinson, fondly called “Angie” by her fellow golfers, is the former women’s captain of the St. Andrew’s Golf Club, and even though she has retired as captain, her love for the game continues to generously impact the lives of complete strangers – women from all walks of life.

One may ask, how can one woman achieve such a feat? Yet, the real question is, how can one woman’s passion for the game help build and sustain an 18-year legacy of philanthropy that is the Scotiabank Foundation’s Annual Charity Golf Tournament?

“It started as a ladies’ tournament. Roger Henderson, who was a member of our club, and who worked at Scotiabank at the time, came to us ladies and said they wanted to do something to raise money. I remember it was to purchase a mammogram machine to allow people to access that facility. So we were only too happy to work with him.”

Some 18 years later, the Annual Charity Golf Tournament is a permanent fixture on the calendar of events at the St. Andrew’s Golf Course, and as best told by Hodgkinson, over the years, the tournament has grown by leaps and bounds.

“They decided they wanted to open it up and make it bigger, the men wanted to get in, so we said ‘okay’. It’s better for Scotiabank because it’s bigger and it makes a big difference.”

“It has evolved into a bigger event, and I think it’s enjoyed by all… it’s always a memorable day. The camaraderie, the fun. People who play golf like to get out in tournaments.”

Hodgkinson firmly believes that it’s the love of the sport that has caused the tournament grow into the success it currently enjoys, which is reflected in the positive work that the tournament’s funds have contributed to over the last 18 years. This year, the Scotiabank Foundation will be donating the proceeds of the Golf Tournament to the Family Planning Association (FPA) of Trinidad and Tobago.

Hodgkinson is looking forward to ‘Tee off for Women’s Wellness – Empowering Women to Lead Healthier Lives’ on Friday 19 May at the St. Andrew’s Golf Club, Moka.

Scotiabank Charity Golf Tournament tees off on May 19