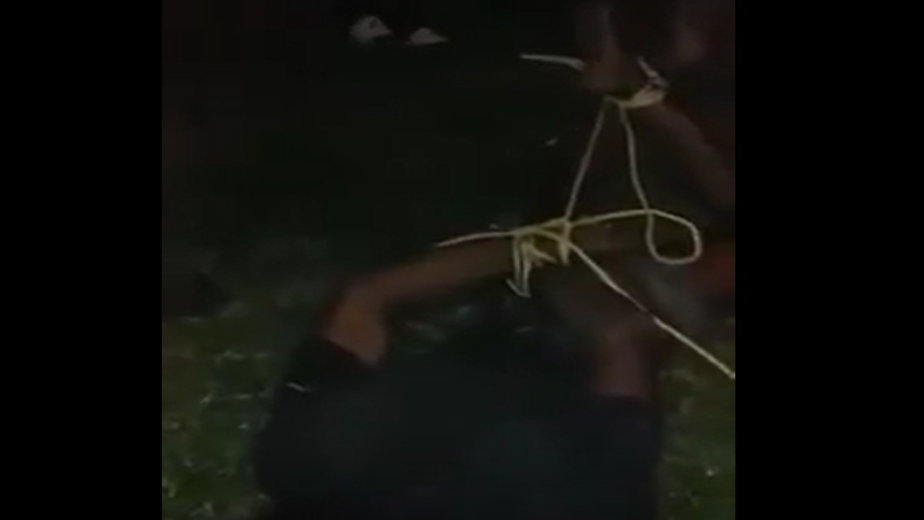 A video of the man who was badly beaten by residents of Oropune Gardens, after he allegedly tried to lure a six-year-old girl away from her family, has surfaced on Facebook.

Ashdale Mc Hutchinson succumbed to his injuries at the hospital on Sunday.

The video, which was posted to Facebook mere hours after he died, shows Mc Hutchinson hogtied and lying on the ground as he is interrogated by residents. It has been viewed over 80,000 times and shared over two thousand times.

Residents are heard asking the man where he is from.

“Who is you boy? Who is yuh family around here?”

Mc Hutchinson responds saying he came to his cousin.

At one point a rope is placed around his neck.

Many social media users have condemned the use of excessive force by the residents. One Facebook user Caroline Garcia said actions like this show the moral decay of society.

“Mob mentality, actions like this show the decay of the moral fabric of a society. Citizens are slowly becoming criminals as crime, fear and suspicion cripples the nation. The man should have been detained for the police to do their job,” Garcia noted.

Dale Alleyne said the problem with vigilante justice is that it’s based on emotion.

“This is the problem with vigilante justice, it's based on emotion and not necessarily fact. This is why police try to deter groups from doing this. Trouble for them now,” he said.

Mc Hutchinson’s relatives say he was innocent and are calling for justice.