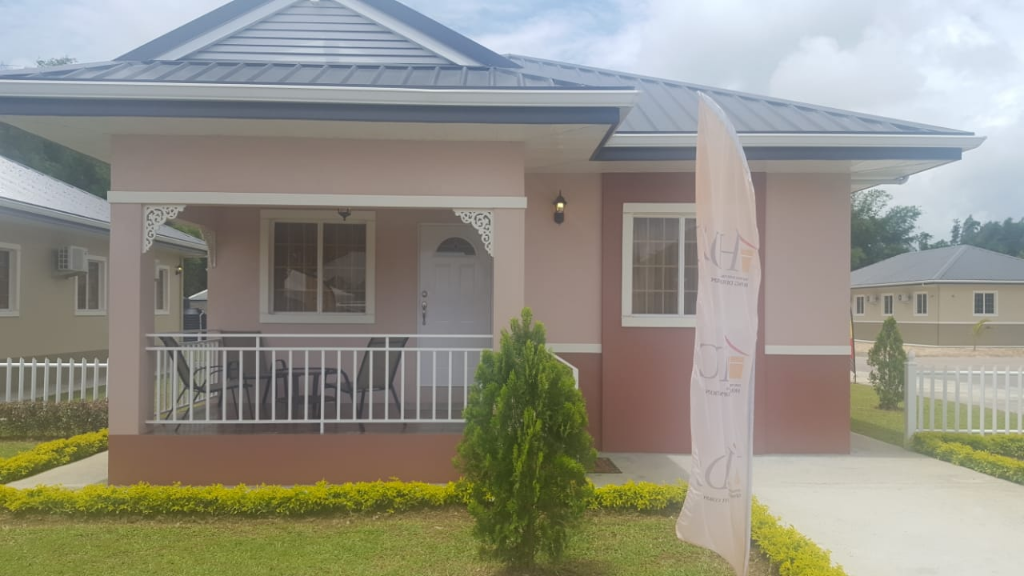 With the increasing demand for housing and 176,000 people already on the Housing Development Corporation’s (HDC) waiting list, the State is looking to other means to provide affordable homes to prospective homeowners.

The HDC is seeking to reduce the burden on the State in providing low cost public housing by getting the private sector involved through a number of housing initiatives – namely the Public Private Partnership (PPP) and the Housing Construction Incentive Programme (HCIP).

Launched in January 2018, the HCIP is expected to stimulate private construction in the housing sector.

In an interview at the HDC’s South Quay head office, Managing Director Brent Lyons told LoopTT that the Corporation is hitting its mandate through these initiatives.

With a number of stalled projects restarted, and in some cases, completed, while several others are in various stages of development – the HDC is well on its way to doing just that.

While both the PPP and HCIP are private financing models, only the HCIP offers incentives.

Lyons explained that one of the main differences between the two is that the HCIP maxes out in terms of a sale price at $750,000, whereas with the PPP, a limit of $1.5 million has been set.

Under the HCIP, a cash or land incentive is available to successful participants of the programme. 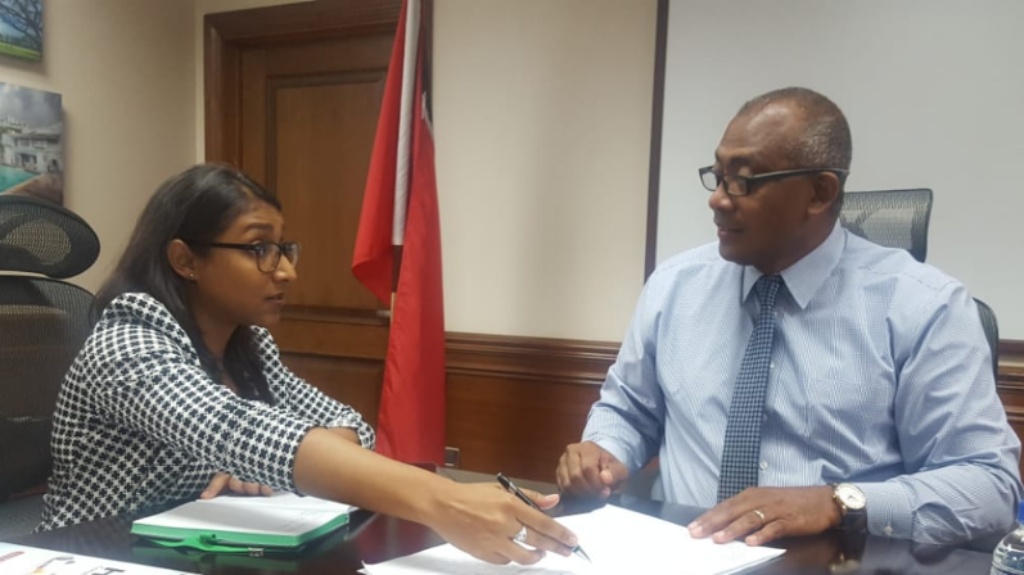 The incentive, Lyons said, is a good deal given the cost of homes on the real estate market.

Using the East West Corridor as an example, he noted that developed land is being sold between $150,000 and $250,000. In terms of construction costs for a 1200 sq ft three-bedroom, two-bath home is around a half million dollars.

“What it means, if we’re able to bring – and this is us paying a contractor around $500k – land that is selling for up to $250k, you realise right there, you hit your $750k mark or less. As the developer they own the land, so they make back up the money on the land.

And while this is a good deal for the developer, the homeowner also stands to benefit from this arrangement as it gives them the opportunity to purchase a home that they ordinarily would not have been able to afford on the open market.

The HDC Managing Director said that it’s also a win for the Corporation as persons in the HDC database will be allocated housing.

Acknowledging that there have been quality concerns with State housing units in the past, Lyons assured that lower construction costs would not mean homes of an inferior quality as those issues have since been addressed.

“It is no secret that in the past, persons have experienced some challenges with the quality of homes being produced by the NHA and then by the HDC.

What we have done in the last couple of years is establish a 22-point certification quality management programme and what that does is that at every stage of the construction process, you are required to get sign-offs and approval that it is okay to get to the next stage.”

With certification required at every stage of the construction process – from positioning stakes to laying steel – the HDC ensures that the highest quality standards are adhered to.

Further, payment to contractors is only made for work completed that’s up to scratch.

“You have to submit your invoices together with those certificates to show that you did in fact do that. So it’s no longer anything goes. You have to get those quality standards.”

Lyons said there has been a marked improvement in the standard of homes built since the introduction of this quality management programme on all of the HDC’s construction sites.

“We have seen the improved quality. You still have some issues at the end, but the amount of snagging you have to do at the end – that corrected work has been reduced tremendously. It is possible to get a $750,000 house at a good quality.”

Lyons said a number of projects are currently underway to satisfy the country’s housing needs.

The private construction company has provided all the financing for that project to the tune of $192,040,419.20, VAT inclusive.

Construction has begun on the project and the first tower is expected to be delivered in around 10 months’ time.

Under the HDC’s Accelerated Housing Programme, some 20 projects are ongoing across the country – a few of which were previously stalled. Another 40 are in the development phase.

Lyons said people are “tripping over themselves” to purchase homes under this programme.

He said the houses, while not mansions, are decent and in good locations.

Projects are ongoing in Arima, D’Abadie, Bon Air North and South, Moruga and Corinth with price points ranging between $550,000 and $750,000.

“There are things happening all over this country,” he said.

Lyons added that there is a great deal of interest in both the PPP and the HCIP.

The latest PPP, a partnership with Mootilal Ramhit and Sons Contracting Limited (MRSCL), is expected to provide 201 two and three bedroom single family, townhouse and duplex units in Cunupia. Each unit is valued at $1.25 million. 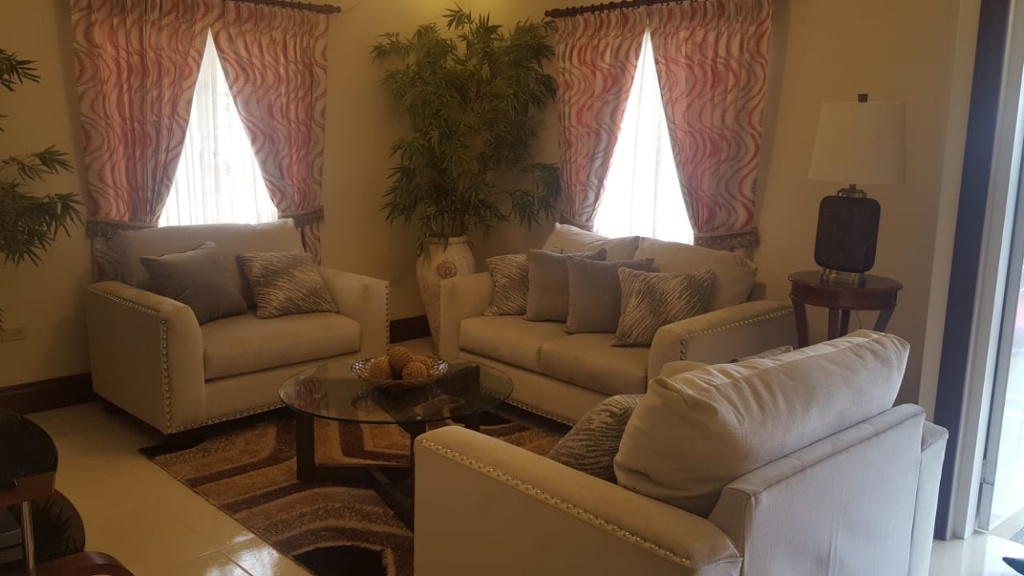 Photo: The interior of one of the homes provided under the Public Private Partnership (PPP) with Mootilal Ramhit and Sons Contracting Limited (MRSCL). Photo courtesy the Housing Development Corporation.

One-hundred and ninety people from the HDC’s public housing database have already prequalified for homes.

He said the applicants were randomly selected from the database.

“We simply called them in, they were randomly selected, and asked if they would be interested in the project in Cunupia. We said these are the specs – a three bedroom, two bathroom home, single family houses and so on, and at $1.25 million they all said yes.”

On the HCIP side, Lyons said the new housing initiative is gaining traction.

“We had about 60 people who purchased packages and we have gotten about 50 proposals from that that look solid enough to move forward with. Two we have actually started, and the others are in various stages of consideration. They are still getting the approvals and that kind of thing.”

The HDC Managing Director made it clear, however, that these proposals will only move forward once they have all the requisite approvals, which include Town and Country and Environmental Management Authority (EMA) clearance.

Approval from the Water and Sewerage Authority (WASA), Fire Services and the Trinidad and Tobago Electricity Commission (T&TEC) are granted after construction.

All of the homes constructed under the PPP and HCIP will be mortgaged units.

To qualify for an HDC unit, your earnings must not be more than $25,000 a month, individual or joint income.

He said many as half of the people on the waiting list are unable to afford a mortgage because their income simply does not allow them to.

“There is need to treat with both categories and there is room and opportunity for both categories and what we are saying is that for now in the category of the 80,000 who can afford it we are hoping that by and large the HCIP and the PPP would be where we place the focus.

Because, for the contractors to get paid we still need to sell the units so the proceeds from the sale of mortgages is what will pay them.”

Oasis, plans underway to restart – 400 units to be completed.

Towers in Chaguanas - work ongoing to have that completed

Vieux Fort – one tower delivered, hoping to have other three completed by the end of the year into March 2019

Real Springs - 44 units have been allocated, while work continues to complete the remaining units

Lyons said it is the mandate of HDC Board and Management to ensure the completion of all stalled projects.

“No longer should you have those super structures up just hanging up doing nothing because it’s 176,000 people you are talking about.”

He noted that work is ongoing to get the Oasis and Almond Court projects restarted.

“You continue to hear the narrative that HDC have so much of places all over and they not giving it out or they eh finish and they starting new projects.

All those stalled projects are under construction and are underway to be completed and at the same time we have started new projects.”

The restarted projects will be used as rental units.

He said while in the past the State would have had the resources to construct more homes, given the country’s current economic standing, the HDC has to partner with the private sector to meet its mandate.

So would prospective homeowners stand a better chance of owning a home?

Lyons said while this is not necessarily the case, the HDC is doing what it can to partner with the private sector to build more homes.

“If more means a better chance, then, yes. But, even with the private sector we will still not be able to satisfy that demand because you are talking about thousands of houses over a period of time.”

He, however, stressed the benefit of getting the private sector on board as it would create opportunities for contractors with idle resources, tradesmen and landscapers.

“There are so many spin-off effects that can come from that. It is to get the construction activity going, which will generate so much more activity.”

For more information, check out https://hdc.gov.tt/hcip/