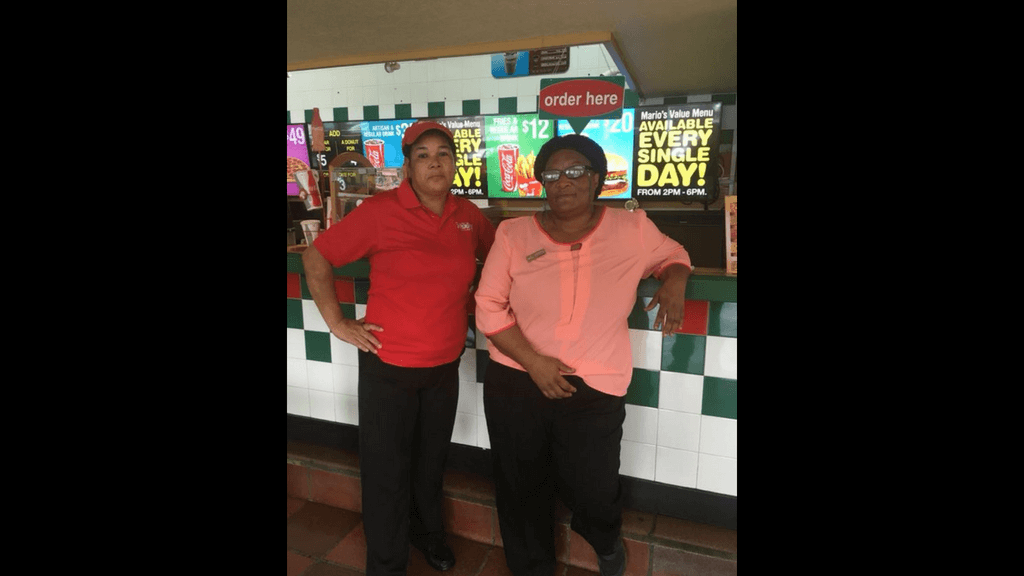 One Mario’s employee has come in for high praise after demonstrating honesty in returning a lost purse, cash and a cellphone to a customer at the pizza restaurant’s Valpark branch three weeks ago.

Employee Laura Salina and Restaurant Supervisor Marlene Gomez were on duty at the time when Sherry Mohammed left behind her purse containing $2000 and an iPhone.

Mohammed in a Facebook post said she was heartened by the honesty and loyalty Salina showed in ensuring her purse was kept safe and subsequently returned to her.

She recalled that she left the Mario’s Valpark Branch, only noticing that she did not have her purse with her when she got home.

The distraught woman contacted the branch hoping that her purse with her cash and phone would still be there.

Luckily, this was the case.

“I call and was told yes they have [it] when back for it and was met by this charming, kind and professional lady can’t remember her name.”

“And yes I got back every single thing in my purse, $2000 and iPhone and it was a Guess purse.”

“Appreciate the honest (sic) and loyalty she had.”

Mario’s praised the employee and the restaurant manager, saying that they were left inspired by their honesty.

“This weekend, we were left inspired by our very own Valpark Branch staff; Ms. Laura Salina, who demonstrated admirable traits of honesty along with Restaurant Supervisor Ms. Marlene Gomez.

Hats off to you two, and thank you for reminding us what great customer service means!”

Speaking with LoopTT the restaurant employee said it was nothing out of the ordinary that she had done.

“If a customer forgets anything we take it to whoever the manager is on duty at the time. With this instance, her husband called and I informed the manager that they would be coming to collect the purse.”

“She (Mohammed) came in, and I gave the purse back to her. She was very happy and she was thankful to have gotten it back.”

She said Mohammed was so thankful for the kind act that she wanted to repay the staff in some way.

“She offered to buy us pizzas and eventually left us a small cash token to share amongst ourselves.”