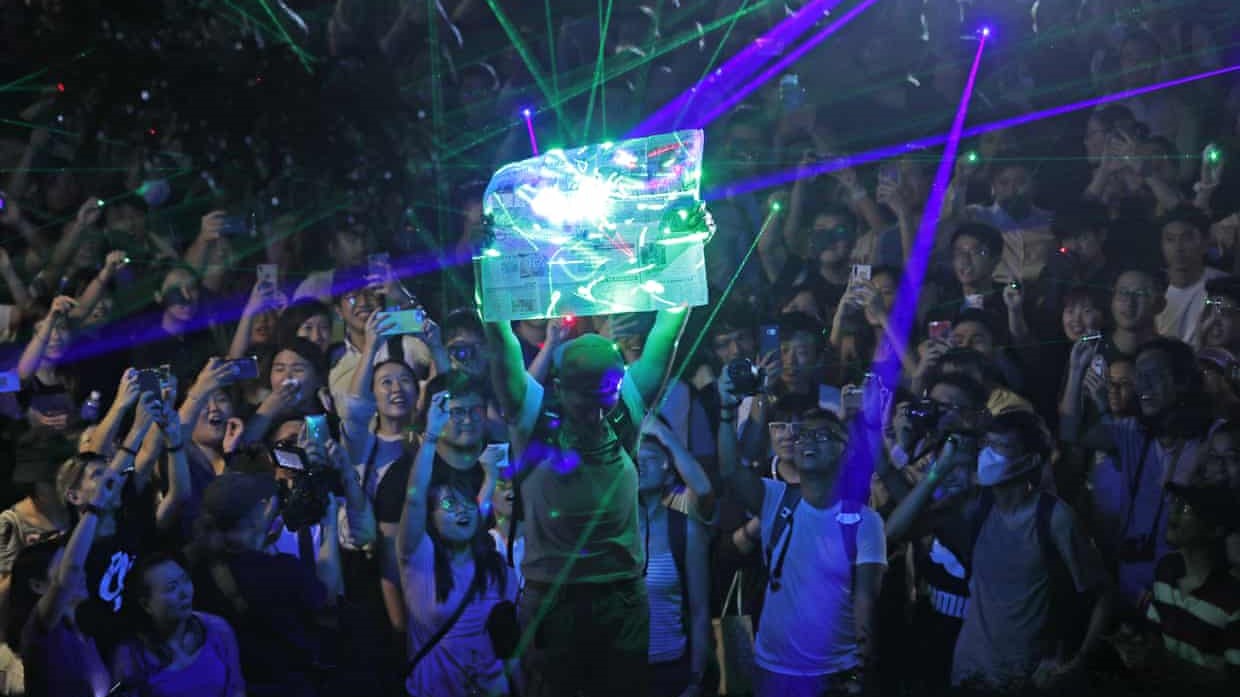 Hundreds of people gathered outside of the Hong Kong Space Museum on Wednesday night to stage a lively "laser show" rally to protest against the arrest of a student union leader for possession of a bag ten of laser pointers deemed to be offensive weapons by police.

The police sought to justify the arrest in a demonstration earlier that day showing that a laser pointer could be used to set fire to a sheet of newspaper.

The large crowd danced their laser lights along the outer walls of the dome-shaped museum and the surrounding trees pretending to set fire to them and mocking the demonstration yelling, "Catch fire! Catch fire!". The protestors also held up a pro-Beijing newspaper and focused hundreds of lights to it in an unsuccessful attempt to set it on fire.

This lively, humourous display quickly evolved into a night of festivities including singing, dancing and hand puppet shows, a stark contrast to the violence and tension that has been gripping Hong Kong over the last several weeks.

Police say that these laser pointers are dangerous as protestors have been directing them at their eyes to disorient them and at cameras to avoid facial recognition.

The display of bright dancing colours and the festivities that later unfolded warmed the hearts of many Hong Kong residents, giving them an oasis of laughter and happiness amid the escalating political crisis.

“Tonight was something we all needed: no tears, no blood, just laughter, song, and dance. I’ll be revisiting this thread next time I come home with the smell of tear gas still clinging to me and screams ringing in my ears. This is the city we love. This is why we do it,”