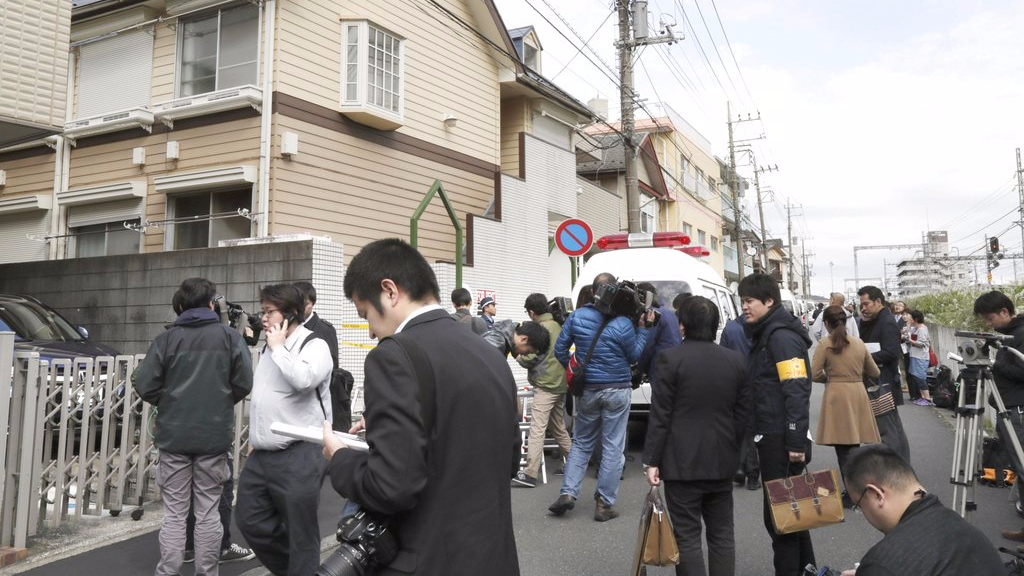 Japanese police found nine dismembered bodies hidden in coolers in an apartment southwest of Tokyo, an apparent serial killing case that is transfixing and horrifying the nation.

Police were working Tuesday to identify the victims after the man who lived there, 27-year-old Takahiro Shiraishi, confessed to cutting them up and hiding them in cold-storage cases, some covered with cat litter, a police spokesman said.

The bodies, in varying stages of decomposition, were found Monday while police were investigating the disappearance of a 23-year-old woman, the spokesman said. He did not give his name, in line with police policy. The woman's brother reported her missing last week, he said.

The gruesome case captured attention in a country known for public safety, topping news with reports that showed the building where the suspect lived in a small studio apartment. It was cordoned off by yellow police tape, its balcony draped with blue plastic sheets to block the view as investigators went in and out.

The missing woman is thought to be one of the eight women and one man who were dismembered and hidden in the apartment from late August to late October.

A toolbox and saw found in Shiraishi's apartment may have been used to dismember the bodies, the police official said.

Police were still investigating the suspect's motives, said the spokesman. He refused to give further details.

It was unclear who the other eight victims might be, or why it is that neighbors who said they had noticed foul smells coming from the apartment had not raised any alarms.

Local media reported that police first found the severed heads of two victims in coolers in the apartment's entryway, then found the bodies of the other seven while searching the apartment.

Shiraishi told police that he dismembered the bodies in his bathroom, which according to online descriptions of the apartment building where he lived was a plastic-sealed "unit bath." He put out some of the body parts as garbage, Kyodo News agency reported.

Reports said the missing woman got in contact with Shiraishi via Twitter, seeking a partner for a suicide pact and saying she was afraid to die alone.

The two were recorded by security cameras walking together outside of train stations near her apartment and the suspect's apartment, the reports said.

But there was little other information about his education or where he comes from. Japan's national broadcaster NHK said he was working as a "scout" in the sex industry, recruiting women in entertainment districts in Tokyo.

Although Japan has one of the lowest crime rates in the world, it has seen some high-profile killings recently.

In July last year, a 27-year-old former employee at a care home for the disabled killed 19 and injured more than 20 in a knife attack in what is believed to be the deadliest mass killing in postwar Japan. The man's murder trial has not started yet.

Earlier this month, a man was arrested for killing his wife and five children after setting fire to their house. In 2015, a man killed five people, including relatives and neighbors, in a knifing spree in western Japan, and was later sentenced to death.