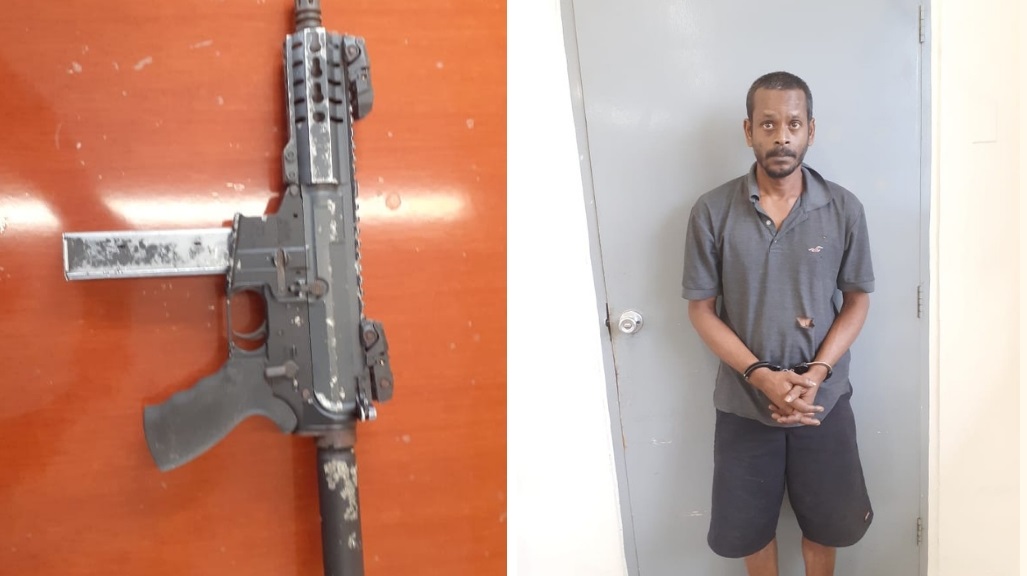 Ravie Ramsaroop AKA Hound appeared before a Port of Spain Magistrate on Monday, charged with possession of a submachine gun.

The charges against the 42-year-old man, who is from Bagatelle Road, Diego Martin, were laid indictably and he was not called upon to enter a plea.

He made his first appearance on Monday before Magistrate Cherrill Anne Antoine.

However, he was remanded in custody and was ordered to return on Tuesday so that the State could provide a criminal background tracing on the accused so that a bail application could be considered.

Ramsaroop was held around 2.00 pm on Friday along North Post Road, Diego Martin, with one Palmetto assault rifle loaded with a magazine that contained 23 rounds of ammunition.

At the time he was walking the roadway by himself.

The officers conducted a search, and the suspect, who is from Bagatelle Road, Diego Martin, was immediately arrested after the firearm was found and seized.

He was questioned over the weekend, following which he was charged.

The exercise was supervised by Snr Sup Aguilal, and ASP Henry, and was carried out by Cpl Khan and PC Dennis.